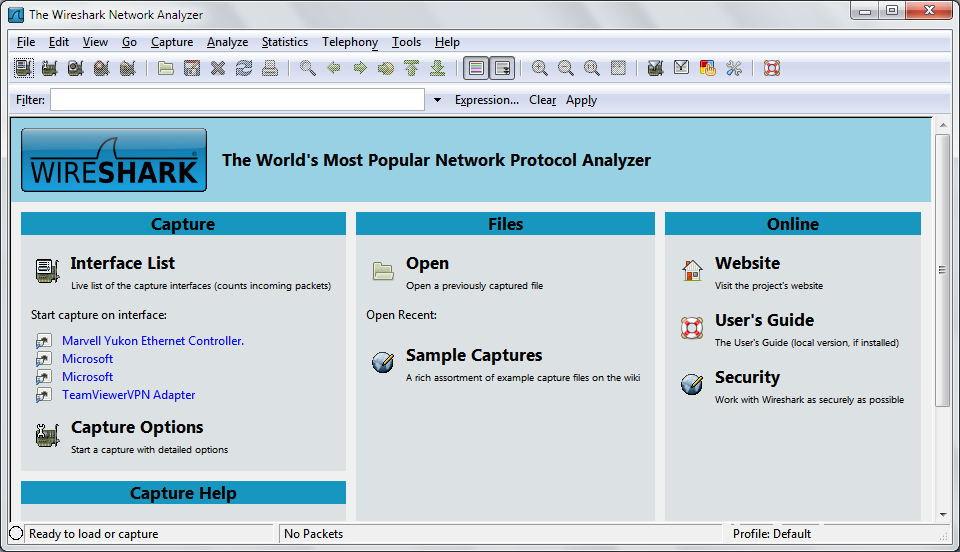 If you've ever wondered just how your network is being used, Wireshark may be the tool you have been looking for. Network analysers are nothing new, but they have a tendency to be impenetrable programs reliant on command line operations and provide information in a text based form which can be difficult to interpret. Wireshark boasts a graphical front end which makes it easy to analyse all traffic which travels over a network using a variety of protocols.

Data packets can be captured from both wired and wireless network and this information can be viewed live as it is captured or analysed at a later date. The wealth of information that the program can reveal about network usage is staggering, and support for plugins means that the tool can be extended to add new protocols and features further down the line. Wireshark is available for Windows, Linux and Mac, making it ideal for mixed platform networks .

As well as working with data that has been captured directly through Wireshark itself, it is also possible to analyse data that has been captured with the likes of Aircrack, tcpdump and CA NetMaster. Easy to configure colouring and filtering makes it simple to make sense of complex data, and while this is not a tool for the average home user, it remain powerful yet approachable.