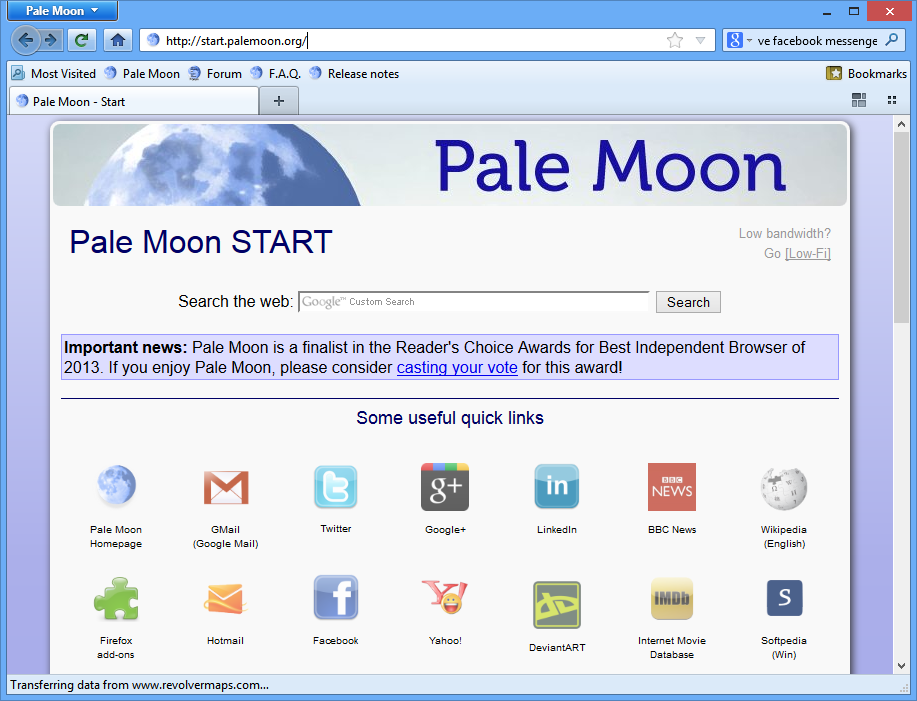 The browser does have one potential down side, in that it may be incompatible with some extensions. If they've assumed that the browser's program name is firefox.exe, say, or they're using components that Pale Moon has stripped out, like the Parental Controls, then you'll probably find they don't work.

Proving that open source leads to great development, Pale Moon takes the already decent Firefox web browser and makes it even better and a faster.

Palemoon
24 March 2012 09:46, Graham Barnaby
Been using firefox for many years now, so thought i would give palemoon a go i am impressed i will be using palemoon from now on.
Faster
21 February 2012 16:31, Arkydon Lyngdoh
An awesome browser....that really feels faster than firefox.
Considering most programs have an installer and a portable version available...is it okay if the portable version is used in a PC or is there any problems that arise especcially when we want to update it?
Pale Moon x64 v4.0.7 is cool
01 June 2011 12:59, ij
I found this program after Firefox Nightly updated to v7.0a. Being the brand new alpha it is a bit unstable as expected.

I like my 64-bit browsers and Pale Moon x64 filled the gap nicely.
Being based on FF4, it is also very stable and nearly all of my many addons work so Pale Moon x64 is my preferred browser now.

The main download ships with an installer, but the portable version does not.