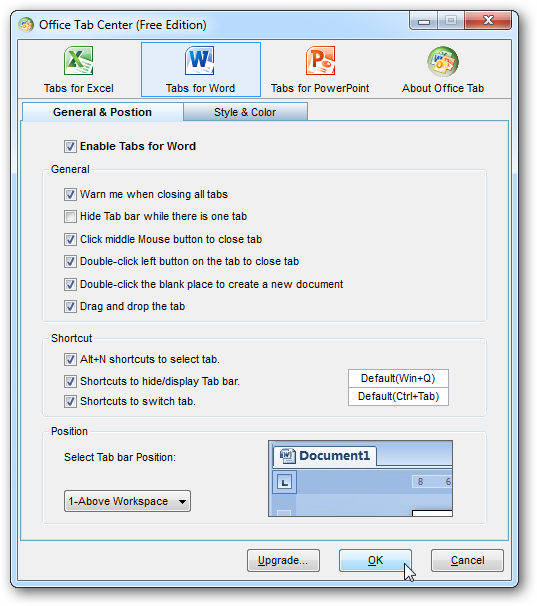 With the standard versions of Microsoft® Office, you cannot view and edit multiple files within a single tabbed window.

- Open, read, edit, and manage multiple Office documents in a single tabbed window.
- Minimize the number of windows you open at the same time.
- Save and close all Office documents with one click.
- Based on Microsoft Office add-in technology.

An essential add-in for anyone who finds themselves working with multiple Word, Excel or PowerPoint documents on a regular basis.

Problem with Word
23 January 2012 11:43, Paulo Andrade
When closing completely Word... Word still «eating» 50% of CPU/processor... :(
Problem with Excel 2007
22 January 2012 19:08, Paulo Andrade
When closing Excel 2007 ... Windows says something like «Excel will close because it has somes problem - Windows will look for a solution...»
Related Downloads Other Downloads From This Category