Access some basic burning functions for free with blu-ray support 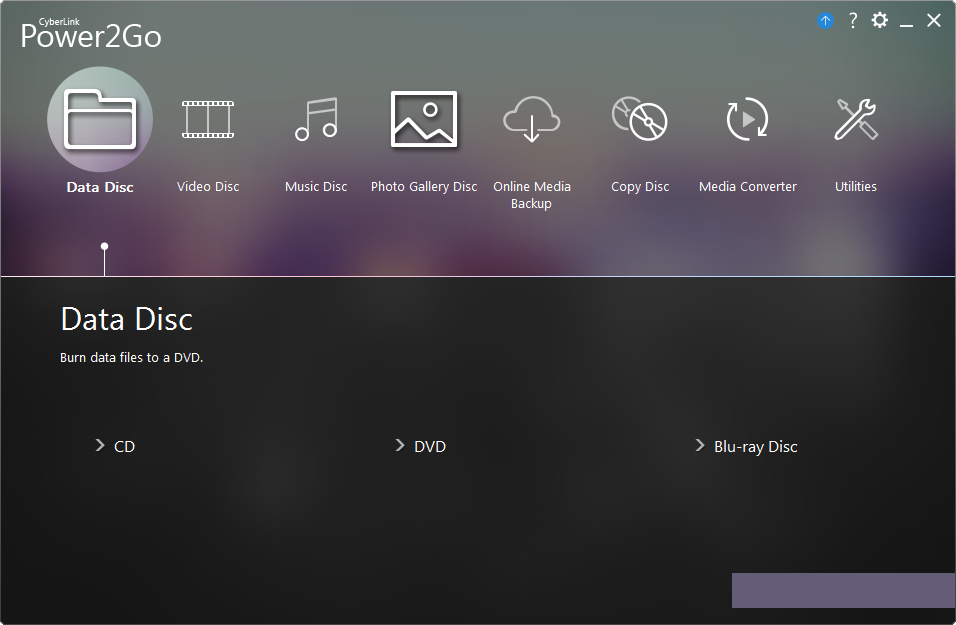 These days you’ll find most of the tools you need for burning discs are built right into Windows itself. Both Windows 7 and 8 are capable of burning data discs, music CDs and video DVDs using built-in tools including Windows DVD Maker and Windows Media Player. You can even burn ISO files to disc just by double-clicking them in Windows.

However, there’s still plenty of functionality you might be missing – particularly if you’re running Windows XP or a stripped down version of Vista (Home Basic) or Windows 7 (Starter). Plus, you may have bought yourself a shiny Blu-ray recorder and want to burn Blu-ray discs, something not currently possible in Windows itself.

Power2Go Essential aims to fill in some of these gaps for free while offering a one-stop shop for all your disc burning needs. You can burn all kinds of media and data to CD, DVD and Blu-ray, create music CDs, use the desktop gadget to drap and drop files for quick-fire burning and duplicate discs, even with a single rewriter.

Confusing matters is the fact you actually download a trial of the full Power2Go 10 suite. For 15 days it’ll function as a trial for the Platinum edition of the software before reverting back to the cut-down Essential build. It’s rather annoying, as you may find yourself thinking you’re getting more for your download than you actually are.

After 15 days, the app reverts to little more than a nag for the full version – sure, some of the functionality remains, but you'll only know a tool is no longer available when you click it and a pop-up window appears prompting you to pay for the upgrade.

It helps to know that after 15 days you’ll no longer be able to burn Blu-ray movies or regular DVDs (due to licensing restrictions which require a paid licence), download photos and video from Facebook, YouTube, Flickr and Vimeo to your hard drive or burn directly to disc. You also won't be able to catalog and search contents of discs you’ve burned in the Disc Manager, amongst other things. It'll still take you a few clicks to work out exactly what works and what doesn't though.

Sadly there’s little here – blu-ray support aside – to tempt anyone but those running XP or a cut-down version of Vista or Windows 7 to take a punt.

cdrtfe is an open-source CD, DVD and BD burner