Defragment and optimise desktops, servers, or your entire network from one central location 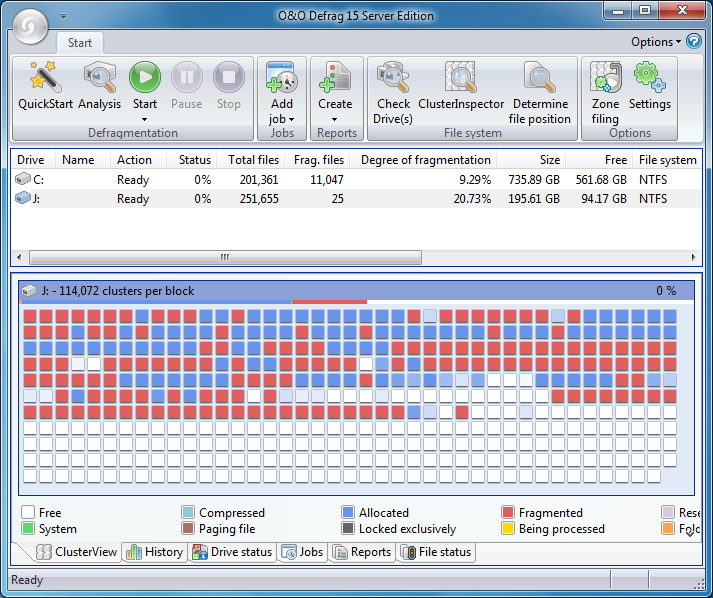 O&O Defrag 15 Server Edition is an extremely powerful defrag tool, with a raft of network and other business-friendly features.

The program can optimise the files on your hard drive in many different ways. You can manually defragment a selected partition whenever you like; if you're in a hurry, then you can just defragment particular files or folders with a right-click in Explorer; or you can have Defrag 15 automatically defragment your hard drive in the background, ensuring your system is always running at its peak performance.

And because under normal conditions at least some system files will always be locked, and so can't be defragmented, the program can also run at boot-time, before Windows starts. This means it's able to optimise all system files, including for example the paging file, Registry or Master File Table, again helping to ensure that you're always getting the best possible performance from your system.

As you might guess from the name, O&O Defrag 15 Server Edition can be installed on Windows Server (both 2003 and 2008) systems, as well as Windows XP, Vista and 7. While other corporate features include Active Directory integration.

Perhaps the real benefit, though, comes with the network features which the program has in combination with O&O's Enterprise Management Console. Essentially these allow O&O Defrag 15 Server Edition to establish a connection to, and control another copy of O&O Defrag (Workstation or Server) from your own PC. And in just a few clicks you're then able to set up jobs to automate the defragmentation of your entire company network, but without ever leaving your own system, or requiring other network users to do anything else at all.