Make cheap calls all over the world 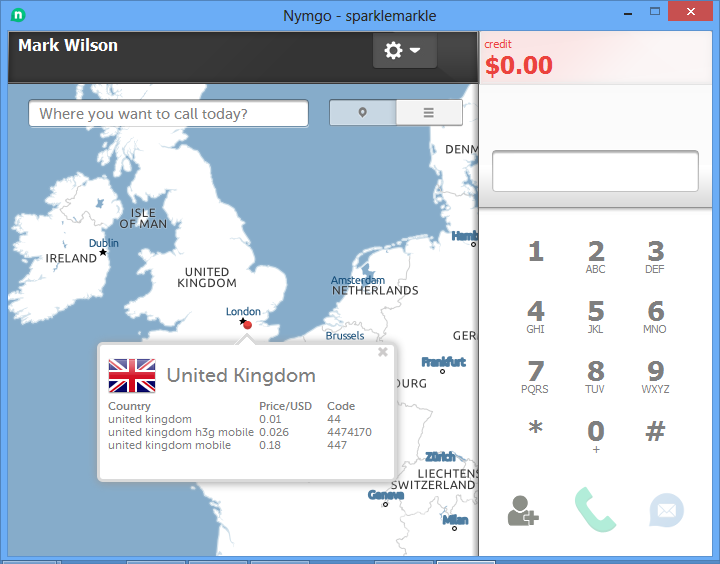 There are many ways in which you can communicate with people via your computer. Of course there is the option of using email, but there is also a massive market for instant messaging. Taking things a step further, the likes of Skype have brought VoIP to the masses, making it possible to make cheap – or even free phone calls – from a computer or mobile device. But Skype is far from being the only player on the field, and Nymgo is another tool that’s well worth a look.

The premise is much the same as with Skype. Install the app – which is available not only for PC, but also iOS and Android, with a Mac version on the way – and you can make low cost phone calls without the need for a phone. It is possible to call other Nymgo users as well as placing calls to regular landlines and mobiles.

If you have the app installed on more than one device, you can access the same address book so you’ll always have access to the contacts you need wherever you may be. Getting up and running is incredibly simple boiling down to little more than downloading and installing the app after signing up for an account. There are no complex settings to concern yourself with, and you can start making calls straight away.

It’s not just calls. The program can also be used to send text messages, and the only thing you’ll need to remember is to buy credit from time to time. Call prices are very reasonable, but it’s worth checking the different prices for different countries. If you make a lot of overseas calls, Nymgo could work out as a cheaper alternative to the likes of Skype and it’s well worth making the comparison.

This is not yet an app that’s going to blow Skype out of the water, but it’s still a great tool and a simple way to save money on the calls you need to make.