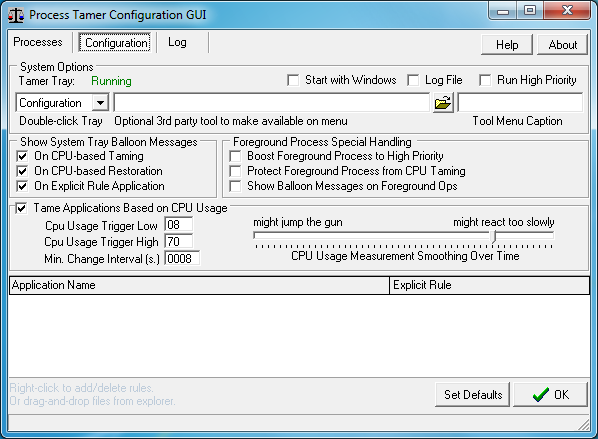 Process Tamer is a small tool which tries to optimise your system's CPU usage. It has two main strategies to make this happen.

First, the program runs constantly in the background, monitoring the CPU use of other processes. If it spots a particular resource hog - anything requiring more than 70% CPU time, by default - Process Tamer will reduce its priority. And Windows will then give more CPU time to competing processes, helping them to become more responsive.

Second, you can manually create an "Explicit Rule" which will automatically set the priority of any process, whether it's a resource hog or not. So if it's a process you want to get the maximum CPU attention, like a game, then you might set it to "High". Or, if it's something non-urgent which you're happy to just run in the background, like a backup, then you could have that set to "Low".

As a bonus, you can also set up the program to automatically kill a process whenever it appears, which might be useful for security and other reasons.

Process Tamer won't help in every situation. Setting a process priority to "High" won't necessarily give it significantly more CPU time, for instance; it only means that, if there are several processes running, and they all require the CPU at the same time, then a high priority process is more likely to win. If you only have one demanding process running then changing its priority may not make any difference at all.

If you do regularly run lots of programs, though, many of which require a lot of CPU time, then Process Tamer may help. And certainly it gives you more control over CPU time than Windows. Just don't expect too much.

(Please note, while the program is free, it does come with a nag screen, and to get rid of this you must register it every six months.)

Process Tamer is a small and simple process manager, which may help deliver more efficient use of your CPU in some situations

An alternative Start menu for Windows 10

wtrace is a process monitor for Windows 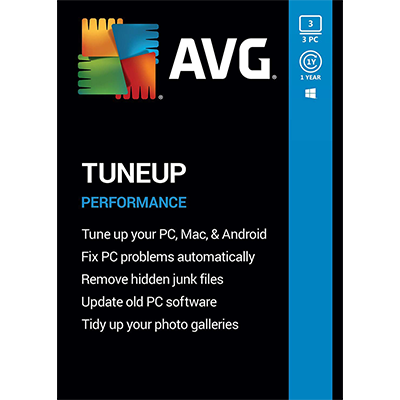