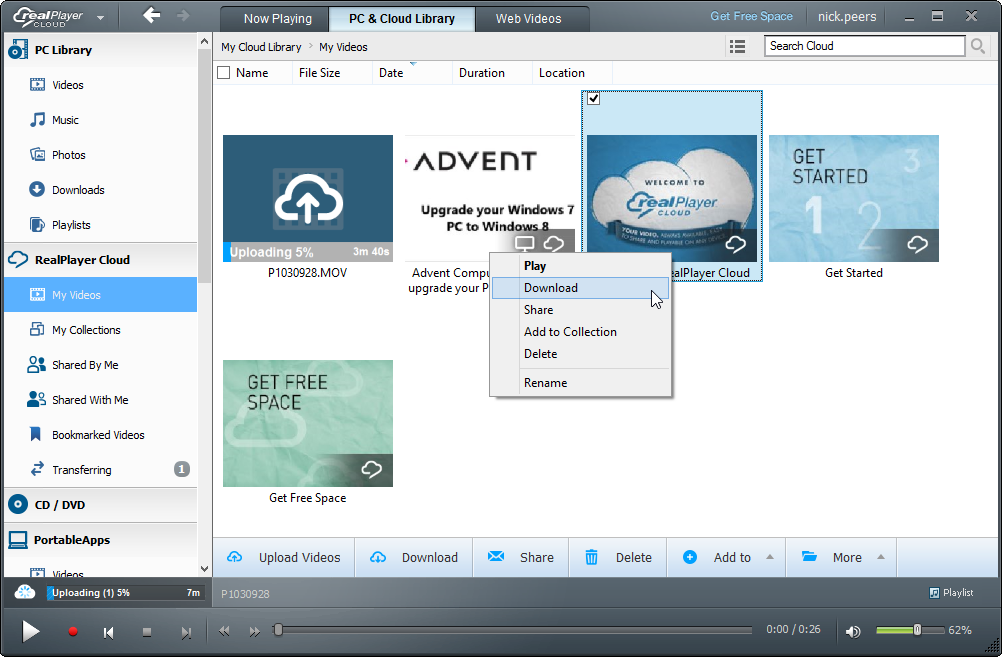 The Windows client is basically an updated version of Real’s veteran media player, and very good it is too, with three particular strings to its bow. The first is its media player capabilities, giving you access not only to your personal PC’s library and any external devices attached to it, but also any video you upload to your RealPlayer Cloud account.

The second string is that it’s a media server, allowing you to stream your PC’s library to any of your other mobile devices over your local network. And the final string is that it makes it easy to upload video to your cloud storage.

As a personal media player, RealPlayer Cloud has all the tools you need and more: organise files into playlists and collections for easy access, plus add your music and photo libraries too.

Its new raison d'être, however, is to give you a gateway to your RealPlayer Cloud library. Existing video can be watched and organised from here, while adding locally stored content to your cloud storage is simple too: locate the video(s) in question, then once selected simply click Upload to Cloud.

Once uploaded, a handy icon appears over the file to let you know it’s now also stored in the cloud, giving you access from any of your connected devices to that file and making it easy to see which files have been uploaded and which haven’t.