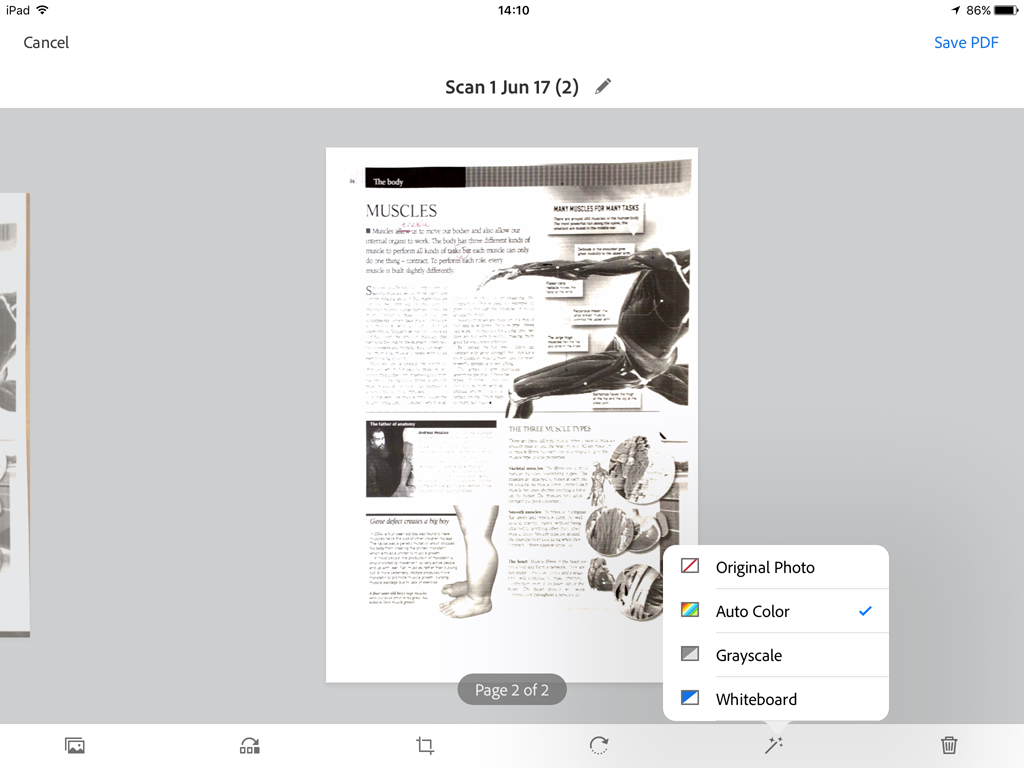 Apps that turn your phone or tablet into a portable scanner are two-a-penny, so at first glance Adobe Scan looks like a very late gate crasher to a party that’s already in full flow. But it claims one major advantage over its rivals: OCR support for free.

Optical Character Recognition technology – if you didn’t already know – enables you to scan in a document as an image, then extract editable text from the document. Results depend on the quality of the original scan as well as the OCR engine in play.

Adobe Scan’s big selling point is OCR support, coupled with the ability to create multi-page PDFs quickly for free and without watermarks or any other limitations normally associated with rival apps.

It all sounds too good to be true, and here’s the catch: you’ll need an Adobe ID to use it. This is free, and is required because all your scans are stored in Adobe Document Cloud – you can then access them in other Adobe desktop and mobile apps, such as Adobe Reader.

The app is simple enough to use: position your camera over the first page of your document and you’ll see it attempt to detect the edges before automatically snapping your first shot. You can then switch pages and keep shooting this way (or click the manual snap button) until you’re ready to move on to the next step.

Step two involves editing the scans – add additional images, reorder your pages and manually crop the image if required. Rotate, limited enhancement tools – basically a choice between the original photo, automatic colouring, greyscale or whiteboard – and a delete button round off the tools on offer.

Once done, you’ll need to upload the image to Adobe Document Cloud if you want to convert it to an editable PDF with OCR applied to the text. And once that’s done, the document will appear in your file list, allowing you to email the file, create a shareable link for others or open it in another app.

It’ll also appear in other Adobe apps you’ve connected your Adobe ID to, making it easy to access from your desktop. In all, the app works as you’d expect – the quality of your results depends on how good your original ‘scans’ are, so don’t expect miracles.

The big issue with Adobe Scan is that it’s basically an extension of Adobe’s Document Cloud service. You can’t use it without an Adobe ID, and you can’t create PDFs without uploading them through Document Cloud. Other apps may charge more, but they’re also self-contained.

A capable enough app for scanning editable documents, but it’s too closely wedded to the Adobe ecosystem to recommend unreservedly.

Turn your iPad or iPhone into a portable scanner