Transform your computer into a personal video recorder 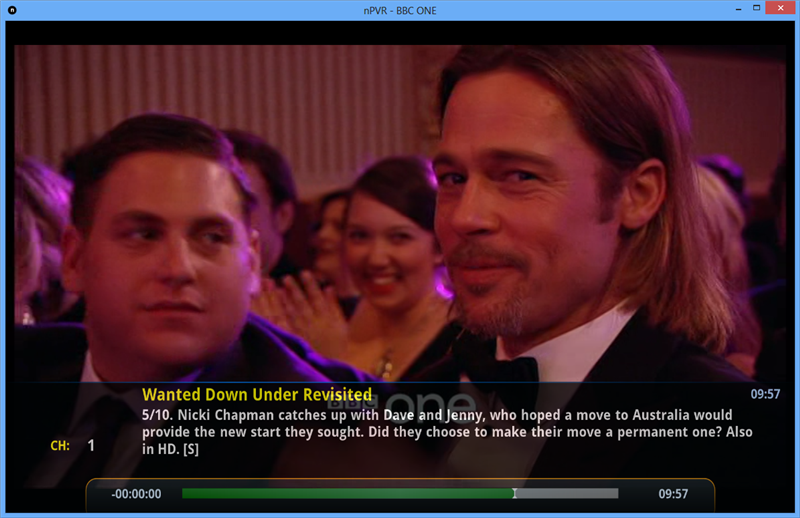 The advent of TV systems such as Sky+ means that television viewer have become used to the concept of pausing and rewinding live TV as well as recording programmes at the push of a button. NextPVR - formerly known as GB-PVR - is a media centre program for Windows that can transform your PC into a PVR.

With a compatible TV tuner installed, the program can be used to record broadcasts on a schedule, pause live programmes and perform the other tasks you have come to associated with set-top boxes. In additional to television programming, GB-PVR can also be used to listen to a wide range of online radio staions.

There is support for DVB subtitling as well as the playback of video files in a number of popular formats. GB-PVR can also be used to browse your photo collection and listen to music and if you have a remote control for your TV tuner, it can also be used to navigate the program.

The program is compatible with a large number of TV tuners includes those produced by ATI, Hauppauge, K-World and Conexant including both analogue and digital models. There are a range of plugins available for GB-PVR which can be used to extend the capabilities of the software - this includes plugins for creating DVDs from recorded programmes, TV listings and much more.

Setup is relatively straightforward compared to some other PVR software, but we found we had to manually edit the frequencies of our local transmitter - which involved editing a configuration file in the C:\Users\Public\NPVR\Tuning directory - before all available channels could be picked up.

- TV Guide refreshes the pending recording list more frequently, to avoid issues where shows were scheduled to record, but not marked red.
- fixed a bug that could cause a frozen black frame, and 'not responding' UI when stopping playback
- a couple of the NextPVR.exe command line options will now show a message on the screen so you know something happened
- fix to logic which downloads new releases
- changes to settings for tweaking the transcoder arguments
- fixed an issue that could cause the 'watched' indicator to not reflect the correct value
- further updates to web UI

Aside from some gripes about updated channel frequencies, NextPVR proves to be a relatively fuss-free way to add live TV and PVR capabilities to your PC.

Access your PC’s TV tuner from your mobile device

Broadcast yourself online and watch other users’ broadcasts

Get just about any TV tuner card working with Windows Media Center with this tool.