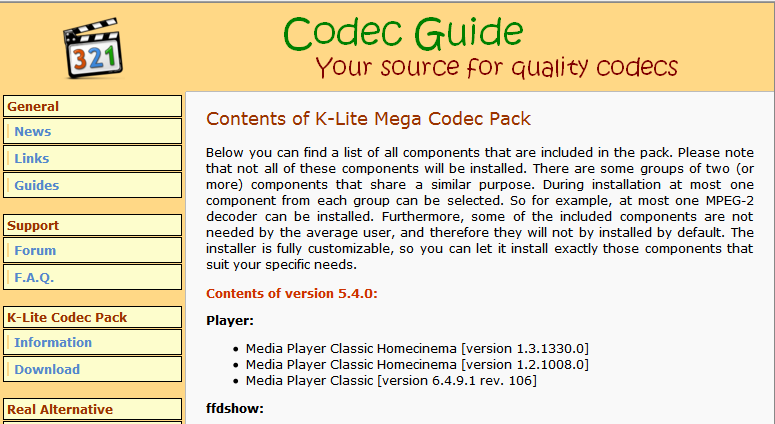 Note that this is an update pack for K-Lite Codec Pack that upgrades version 16.x of the codec pack to version 17.