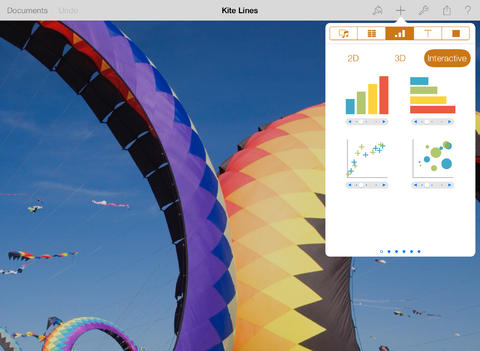 Apple's iWork office suite is a popular and powerful piece of software for OS X, and the company has made an impressive effort of porting the app to the iOS platform. Pages is a word processor that can be used to view, edit and create documents, either from scratch or by using any of the 16 specially designed templates.

Pages is a universal app meaning that it can be used not only on the iPad but also on iPods and iPhones. You would be forgiven for thinking that typing lengthy documents on such a small screen would be a chore, and while this is true to some extent, great efforts have been made to ensure tha the app is as enjoyable to use as possible.

Smart Zoom enables you to focus on text while you are typing, and the document as a while when you stop. With support for a variety of file formats including Pages' native format, plain text and Microsoft Word, compatibility is not an issue. Existing files can be imported using Mail, the web, your MobileMe iDisk, a WebDAV service, or your Mac or PC using iTunes File Sharing - although this can be a little cumbersome.

Stunning documents can be created thanks to well thought out formatting controls and the ability to add multimedia elements such as photos and videos to your files. Completed documents can be printed using AirPrint and the navigation of larger documents is made simple by the thumbnail previews of pages. Pages on the iPad was a mightily impressive portable word processor, but to see the same tool brought to iPods and iPhone is a staggering achievement.

Transfering files to and from the app is a bit of a pain, but Pages is a truly impressive word processor whatever iOS device you are using.