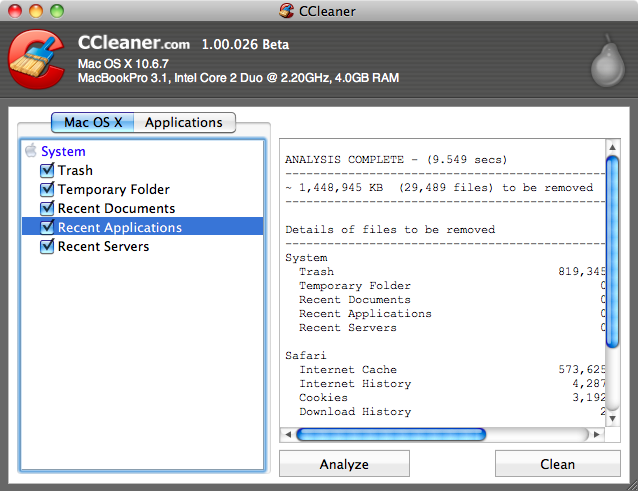 Deleting files and erasing cookies is no longer something that most computer users perform as a result of running out of hard drive space any more - these days the reason for deleting anything is likely to be a matter of maintaining privacy. CCleaner is a popular cleanup tool that has been available for Windows for some time, but Piriform has now released a beta version for Mac users.

As this is only a beta, expectations should not be set too high, and at this early stage, the options available in the application are a little limited. As things stand, the somewhat sparse interface is divided into two sections: Mac OS X and Applications. In the first section you can analyse the contents of the trash, temporary folder, recent documents, recent applications and recent servers.

An information panel provides you with details of just how much space the selected objects are occupying on your hard drive and all it takes to reclaim this space is to click the Clean button. Moving to the Applications section it is possible to perform a similar cleanup operation on some of the applications you have installed. At present this is limited to Safari and Firefox, but more applications will be supported in future versions of the software.

For the supported browsers, CCleaner can erase your internet cache, browsing history, cookies, download history and saved form information. This is nothing that you are not already able to do manually, but the ability to cleanup all of this space from one location is very handy. As well as freeing up disk space, the utility helps to protect your privacy by hiding how you have been using the internet.

- A new feature to scan for files above a specified size. These can then be selected and securely deleted
- Added cleaning support for MacOS Catalina Beta
- Firefox: Improved Cookies and Site Data cleaning
- Safari: Improved Last Session cleaning
- Fixed a bug which caused a blank amount of cleaned data in some Smart Cleaning popups
- Fixed a bug which caused some users to be navigated to the wrong page when opening CCleaner from the status bar
- Fixed a bug which prevented CCleaner from automatically reopening after updating
- Improved translations for: German, Spanish, Dutch, Czech, French, Italian, Japanese, Polish, Portuguese & Russian
- Added translations for various dialog boxes

If the Windows version is anything to go by, CCleaner for Mac should blossom into something impressive.

Find duplicate files on your hard drive to free up space

Find and delete duplicate files on your Mac 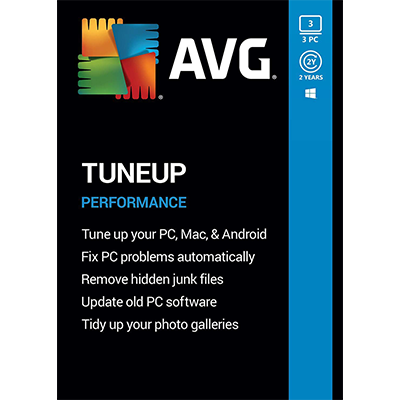