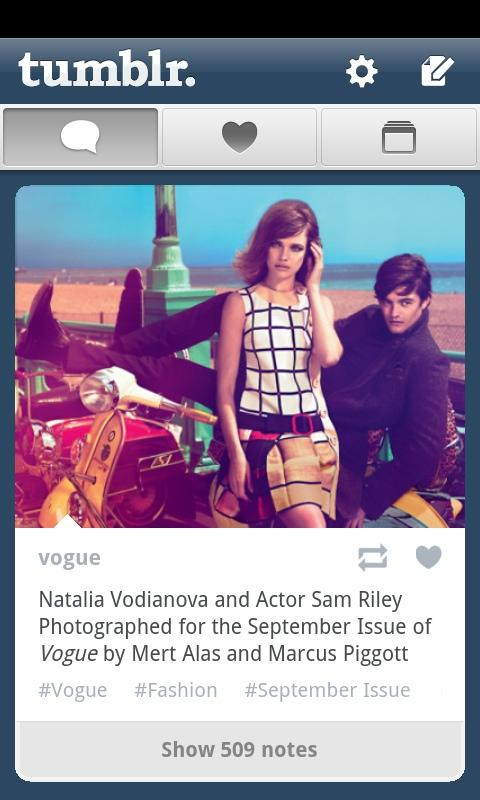 Social networks such as Facebook may be more popular than ever, but blogging services still have a very healthy following. The like of WordPress are quite involved services, while microblog such a Twitter are rather limited. Tumblr manages to strike a balance between the two. The latest version of the app has been re-built from the ground up, and sports an entirely new interface.

If you have more than one blog, the app makes it easy to manage them all from the same place – switching between blogs is little more than a swipe away. It is now easier than ever to post a variety of things to your account, from photos and links to videos and text, and there is also a handy home screen widget that provides instant access to the option to create a new post.

The updated version of the app is more in keeping with the iOS version of the Tumblr tool and it is now easier than ever to find other Tumblr blogs to read and follow. If you are interested in finding out if any of your contacts have Tumblr account that you are not yet aware of, you have the option of searching through your address book to do just that.

Tumblr is not just for existing Tumblr users as the app now includes the option to sign up for an account. The app enables you to do pretty much everything the Tumblr web site does, including replying to all of the messages you have received and opting to simul-post content to Twitter. More advanced options such as the ability queue up posts are also incredibly handy.

A great alternative to the mobile version of the Tumblr site, this Android app is a pleasure to work with.

Install and run WordPress on a local desktop