Design, build and publish your own games in this astonishing creation studio 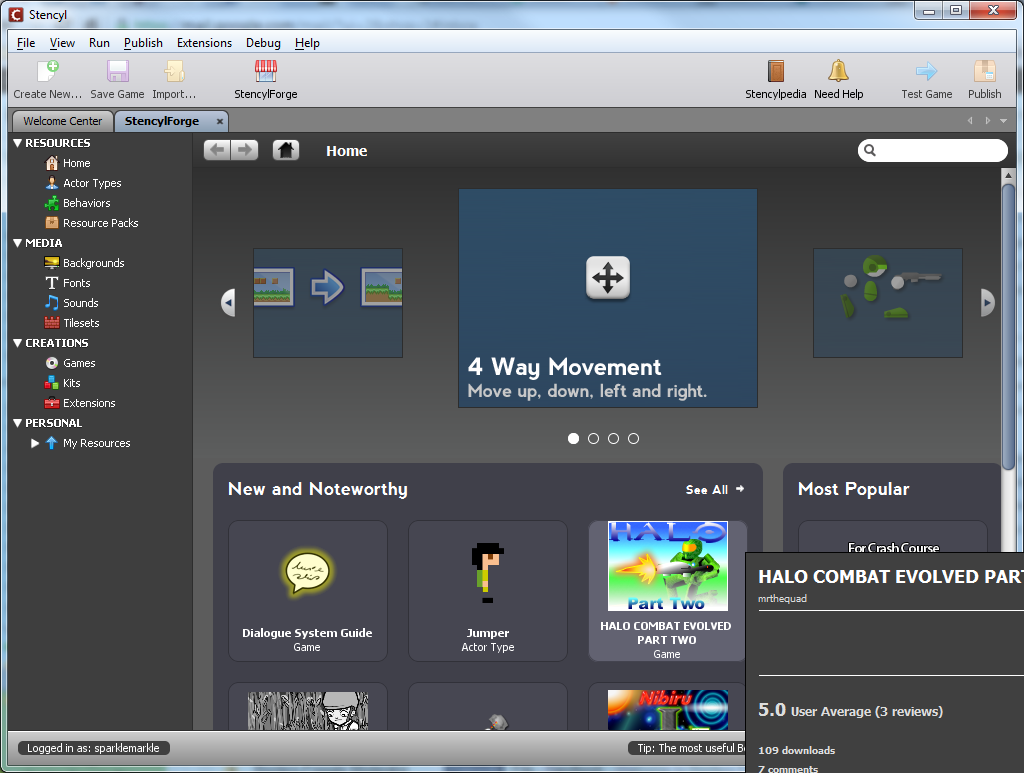 If you’ve ever fancied the idea of creating your own games, you may have wondered just where to start. Stencyl is an amazingly easy to use game creation engine that can be used to build Android, Flash and iOS games without the need for advanced coding knowledge. Everything you need to create a game is here – an image editing component to create the artwork and graphics, a programming side to take care of the game engine, and even the ability to publish your games to the App Store.

The aim here is to make this as simple as possible. After designing or importing the characters to use in your game you can define their properties and choose how they will interact with their environment and other characters. There are even readymade movement actions that can be applied to characters and objects to save having to code this by hand. Whether you are creating games for iOS or something Flash based, emulators are on hand so you can test things out.

If you want to publish to the App Store you’ll need to invest in a Pro license – as well as publish the game from a Mac – and the same is true if you want to create a standalone app rather than a compiled SWF file. The visual nature of the program means that there is no need to know how to code, but this is still an option that is available to you. The programming suite includes a number of pre-coded snippets that can be simply dropped into place and customized as necessary, but there is nothing to stop you from creating your own snippets that can be reused time and time again.

In many ways the program works almost like a web design tool, but anyone that has used a visual programming application in the last decade will find the idea familiar. There is no piece of software that is going to write a killer game for you, but if you have an idea, Stencyl provides you with all of the tools you need to get off the ground quickly and easily.

An interesting and instantly approachable take on the drag and drop game creation process – simple platformers and the next Angry Birds are just around the corner.