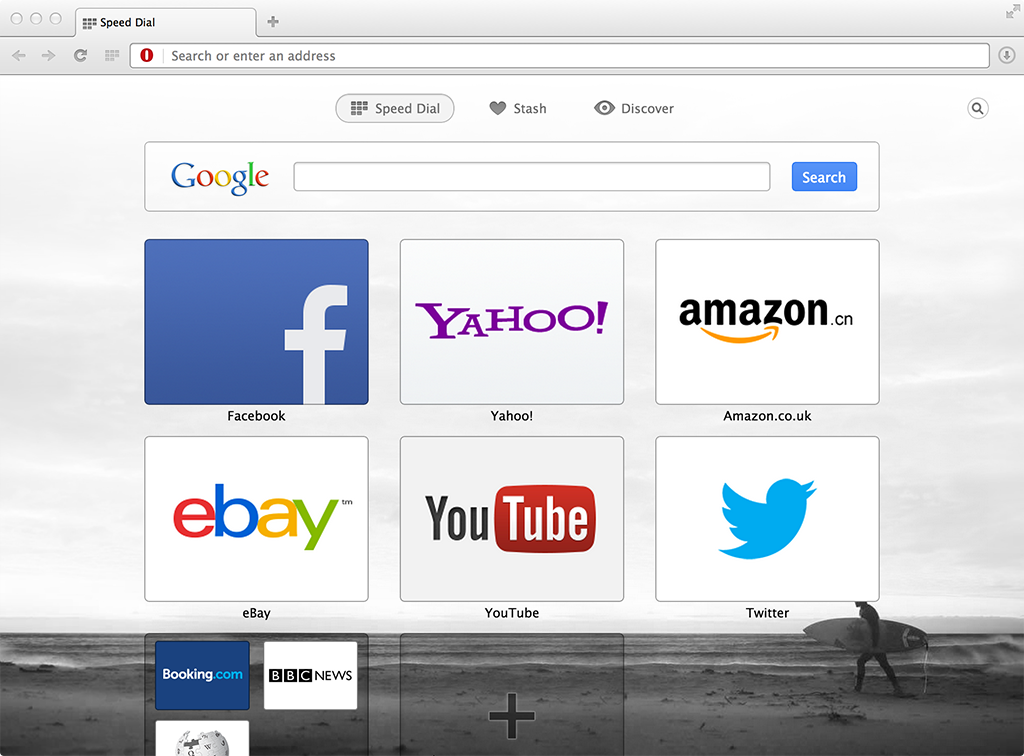 The days when major browser updates were few and far between are over. Nowadays, it’s de rigueur for browser manufacturers to speed up development, which means opening up less stable builds to the masses in order to get them bug-checked as quickly as possible.

Opera is no exception, and Opera Developer adopts the same approach to Firefox Nightly in providing a completely separate installation of the latest unstable version of Opera for people to road-test without affecting their day-to-day browsing.

The reasoning is simple: you get to try out the new features without affecting your existing installation, so if the developmental version is too buggy for your tastes, you can use your tried and trusted version, no problem. And because Opera Developer updates as soon as the latest development build is released, you can keep checking back regularly to see what’s up and coming and whether the bugs you’ve encountered have been fixed yet.

You’ll be able to differentiate between Stable, Next and Developer builds by the colour of the program icon: Opera’s final stable build icon remains red, Next is a silver grey, while Opera Developer's icon is blue, meaning it’ll be safe for even relatively inexperienced users to try out new features before they become generally available.

Note that this is a very early preview of Opera 69 Developer.

Opera Developer is an early way to safely road-test upcoming features in this slimline and powerful browser without affecting your existing, stable installation.

Discover how Opera sees the future with this concept web browser

A desktop email client for Windows

Vivaldi for Android is officially launched as Vivaldi 3.0 for desktop unveils new tracker and ad protections