Monitor what’s connected to your network 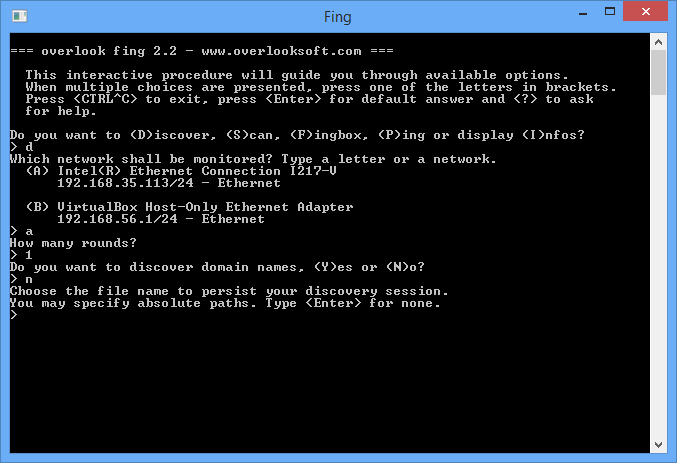 Staying on top of what devices are currently connected to your network can be a real chore. Your router may have some basic options available through its web-based interface, but if you’re looking to take a more detailed audit of your network and what’s connected to it (overtly or otherwise), you’ll need Fing.

If you plump for the desktop version, don’t expect a flashy user interface – instead, everything is run from the command line or Terminal.

Windows users should opt to add Fing to the system path for the current user (or all users) during installation, making it easy to launch Fing from its Start menu shortcut or any command prompt by simply typing fing. After installation, Mac and Linux users should type sudo fing instead.

You’ll then be prompted with a number of options that ultimately are used to build up the parameters under which Fing is run. It’s all quite complicated, but administrators will appreciate the power and options available. Regular users will, however, be put off and would be better served using one of the mobile apps instead, which are far simpler to use.

Users can also sign up to a monthly Fing membership, with prices starting from €5.99 (around $8.30) per month - a 15-day trial is available. Features include cloud sync, remote discovery and service monitoring. A paid-for account also unlocks some features in the mobile version, specifically the ability to view logs.

The lack of any user-friendly interface will limit Fing’s appeal to administrators and power users only.

Find HTTP servers on your network

Monitor what’s connected to your network