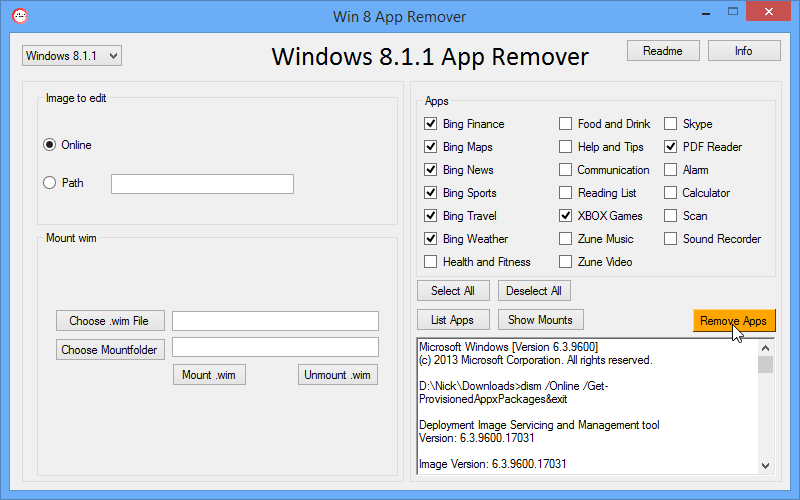 Let’s be blunt: the Modern UI portion of Windows 8 and its immediate successors has not exactly been popular. But even if you’re a fan (or can at least stomach splitting your time between the Start screen and traditional Windows desktop) you may be frustrated at the number of apps Microsoft pre-installs alongside Windows 8.

In most cases, you can happily ignore these, but what if you want rid permanently? Or want to build a Windows 8 or 8.1 installation image that doesn’t include them by default? You could use Windows’ own command-line tool, dism.exe, but for a simpler, more pleasant experience, install this portable tool instead, which basically acts as a graphical front end for the dism.exe tool.

Once downloaded, simply double-click the tool to launch it. If you simply want to remove apps from your current Windows installation - which needs to be brand new (no updates installed) - then leave Online selected under Image to edit, then pick your version of Windows – 8, 8.1 or 8.1.1 (Windows 8.1, Update 1) from the drop-down menu. Finally, click List Apps and the greyed out list of apps will update to allow you to select some or all of them for removal. Once done, just click Remove Apps. Job done.

You can also use Windows 8 App Remover to strip these unwanted components out of a Windows compressed .wim file. Select the file, pick an empty folder to mount it to and then click Mount .wim. Once done, list the apps as before, remove those you don’t want and finally click Unmount .wim, which will convert the changed folder back into a new compressed .wim file you can subsequently convert into a bootable disc armed with the right software. However, for the average user it’s best employed as a tool for removing unwanted apps immediately after installation.

Windows 8 App Remover does the job simply and without fuss – a good option for removing unwanted Microsoft apps from your new Windows 8 PC. 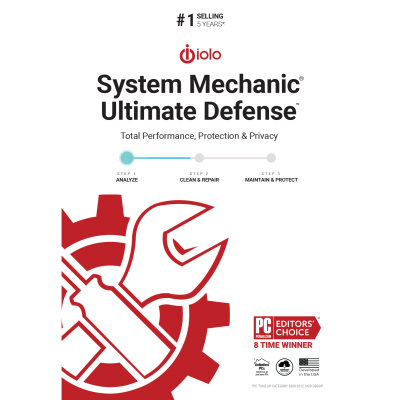