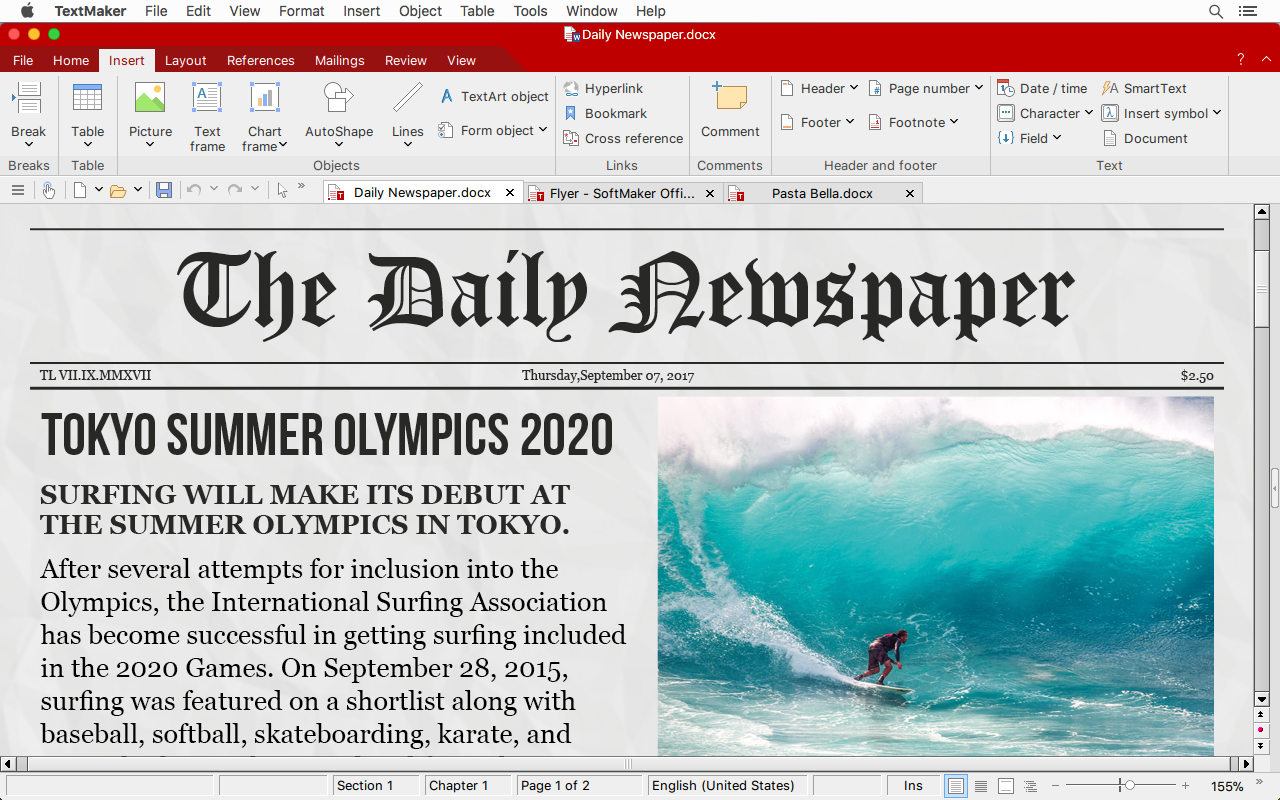 The price of Microsoft Office 365 can seem very steep, especially if you’re don’t qualify for its cut down Student version. Yet there are numerous other office applications out there and investigating an alternative like SoftMaker Office for Mac 2018 could save you some money. Maybe.

SoftMaker Office 2018 for Mac is the latest version of the office suite from German developer, SoftMaker Software, which includes a word processor (TextMaker), spreadsheet (PlanMaker) and presentation (Presentations) programs. You also get an enhnaced version of the Mozilla Thunderbird email client.

The look and feel of some of the components is very similar to the Microsoft Office 365 components, which we think looks fantastic. You also have an option of switching to a classic "menu" design. Of course, SoftMaker Office is also fully compatible with docx, xlsx and pptx documents, making it a seamless transition.

The software does what it’s meant to achieve. TextMaker is a more than adequate word processor that includes some text effects not available in its free competitors. PlanMaker offers everything you might want from a spreadsheet program and Presentations is a good PowerPoint substitute. There’s just not enough difference to make these stand out from the free alternatives available in LibreOffice or OpenOffice.

With the 2018 edition, you can now purchase a 'Universal' licence which enables you to use Softmaker Office across Windows, Mac and Linux computers, for only $6.99/month. There's no iOS or Android version, but then Microsoft has recently announced it, too, is scrapping Microsoft Office for iOS in the near future.