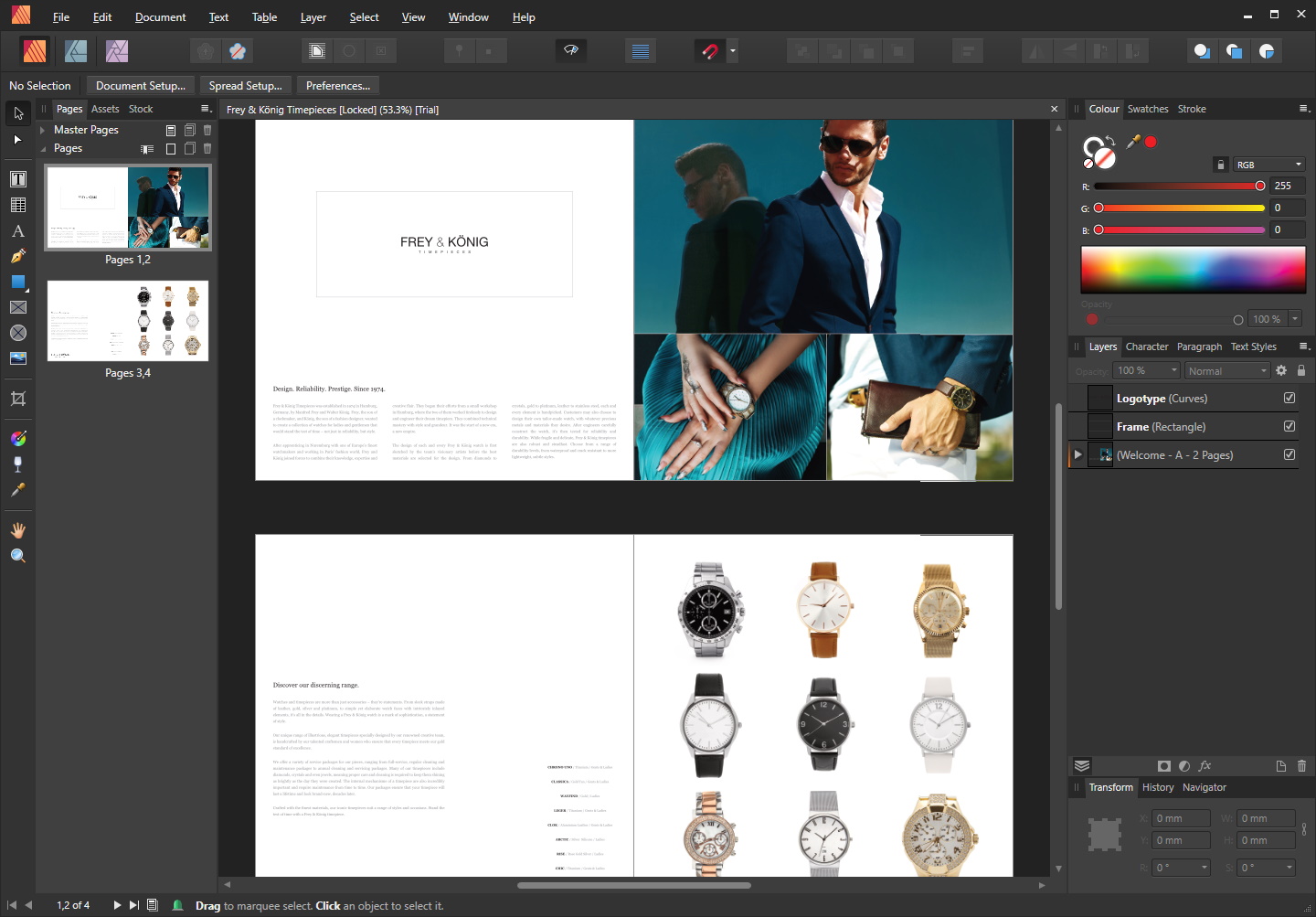 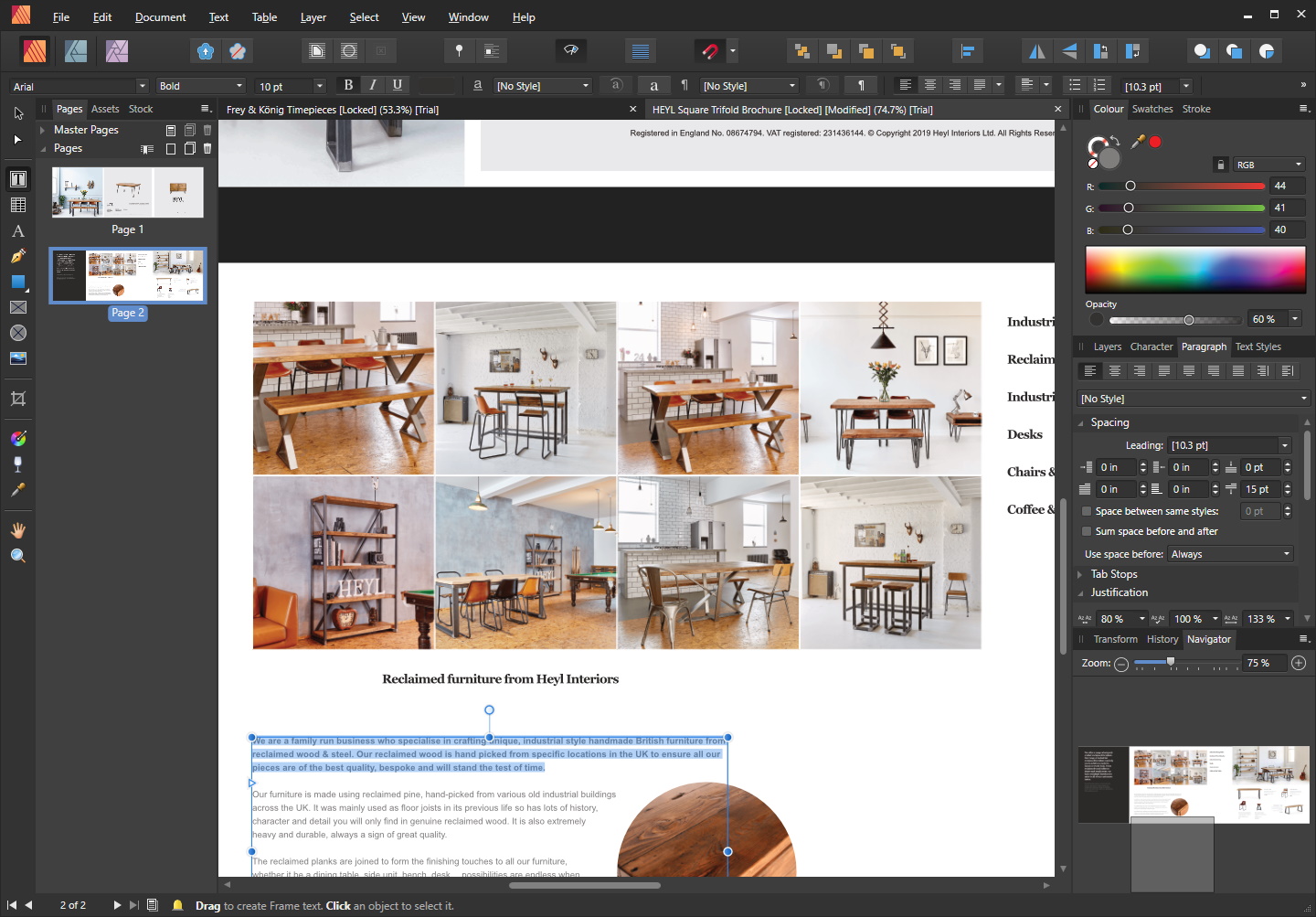 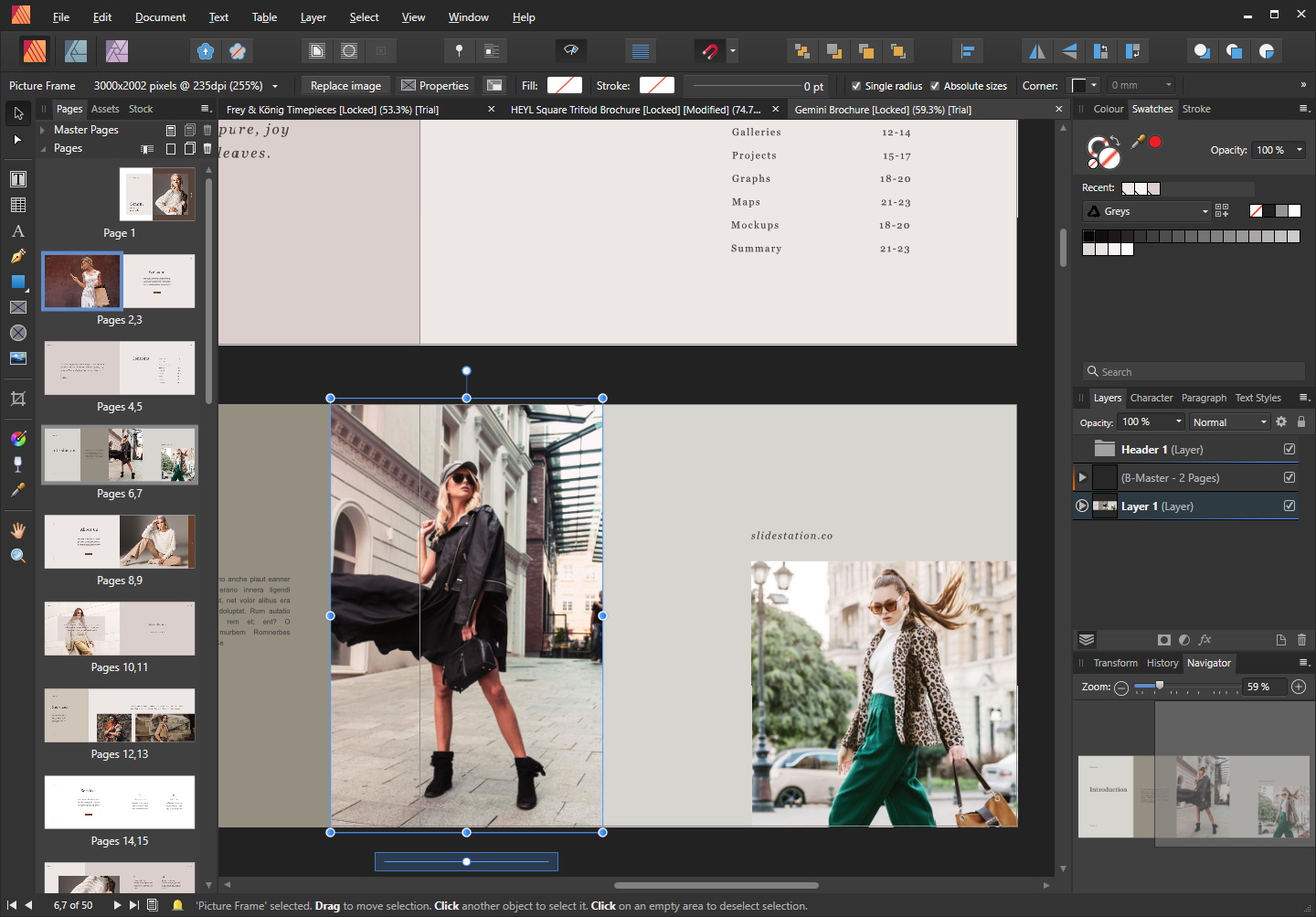 For anyone who has worked with InDesign, there's good and bad news, and it's worth getting to grips with this sooner rather than later. While Affinity Publisher supports IDML, there is -- unfortunately – no INDD support. This means that it is possible to work with files in Publisher that you have created in InDesign, but it's not as seamless or as simple a process as many people would like.

With the bad news out of the way, let's focus on the good. Affinity Publisher has a great deal to offer and, like the rest of its stablemates, it delivers powerful tools with style. There is a massive undo history which gives you great flexibility for rolling back unwanted changes. It would be easy to overlook Publisher because of its association with Serif, but this really is a professional-level tool.

The beauty of Affinity Publisher is its flexibility. It will fit perfectly into professional print workflows, and preflight alerts will draw potential problems to your attention before it is too late. There's support for smart master pages and although there are no templates bundled with the software to help you get started, it is possible to save your own files as templates for speed up the creation of subsequent documents. Publisher does, however, include a number of sample documents that help to give an idea of what it is capable of.

When it comes to dealing with text, there is OpenText support and handy options such as text on a curve. As for images, you can import directly from Affinity Photo, or add images in numerous popular formats. Editing is possible thanks to the availability of non-destructive adjustment layers.

A hugely impressive piece of software with an almost unbelievably low price tag. Just about the only thing that used to count against Affinity Publisher was its lack of support for InDesign files, but the recently added IDML import option address thing making it hard to turn down.

- Books. Combine separate Publisher documents as chapters to create one long publication, automatically syncing page numbers, table of contents, indexes and styles throughout.
- Footnotes, endnotes and sidenotes. Easily add academic style notes or references to sections of text.
- Place Auto-flow. Create a single layout that automatically repeats across your document until all desired images are accommodated.
- Linked File Layer Visibility Override. Turn any layers on or off from within placed files, including PSD, PDF, DWG, DXF and other Affinity documents without losing the integrity of the link. Even if the source file is changed, your layer visibility settings will be maintained.
- DWG/DXF Place. Place DXF or DWG files into your Affinity Publisher publications.
- Style Picker Tool. Pick style of any object or text on your page and drop it onto any other objects or passages of text easily (desktop only).
- Performance. The handling of memory for large documents, particularly with lots of large placed files and images, has been reengineered, resulting in significant performance improvements.

Design the layout of your rooms in 3D on your computer