Easily move your Windows library folders to another drive 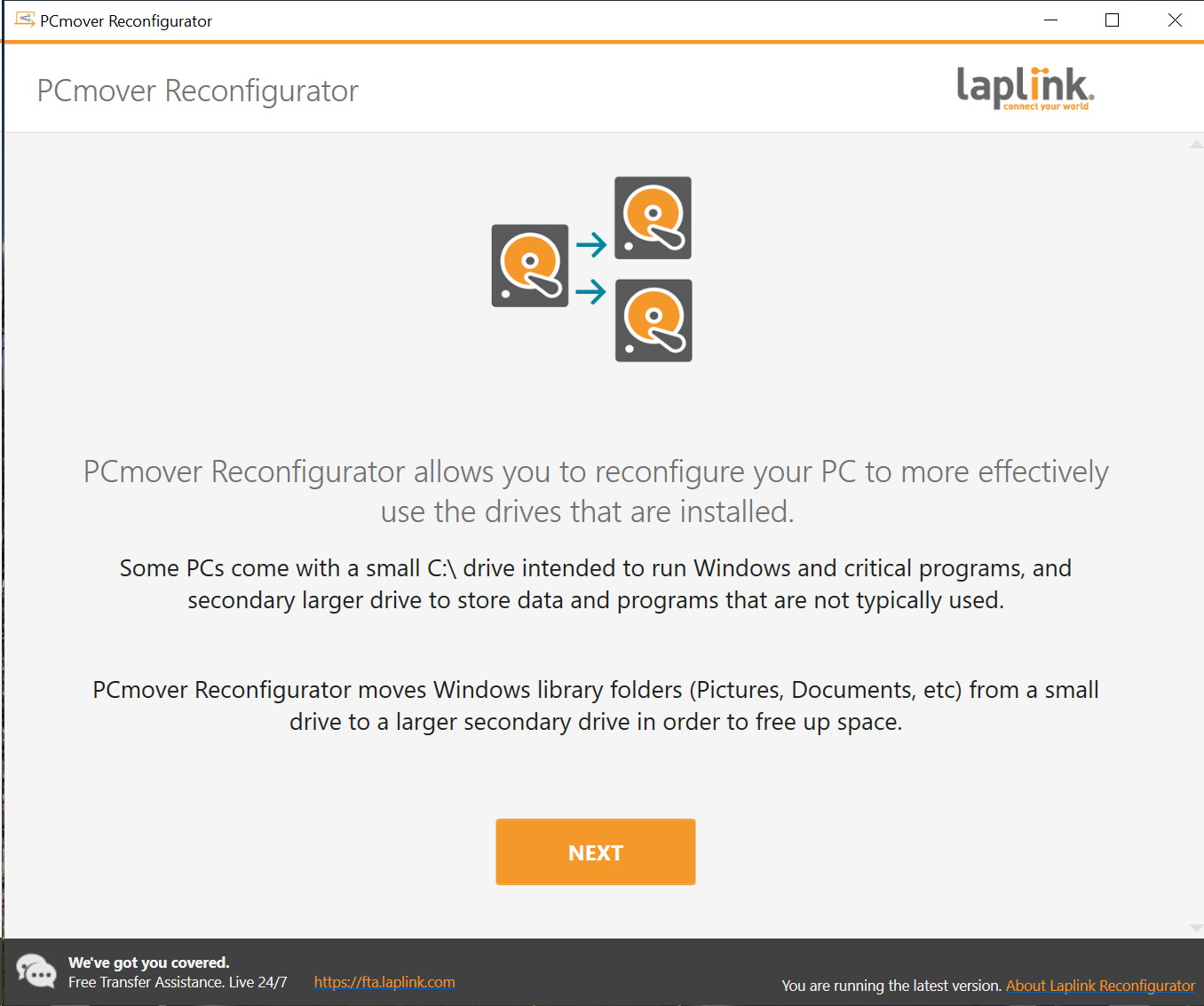 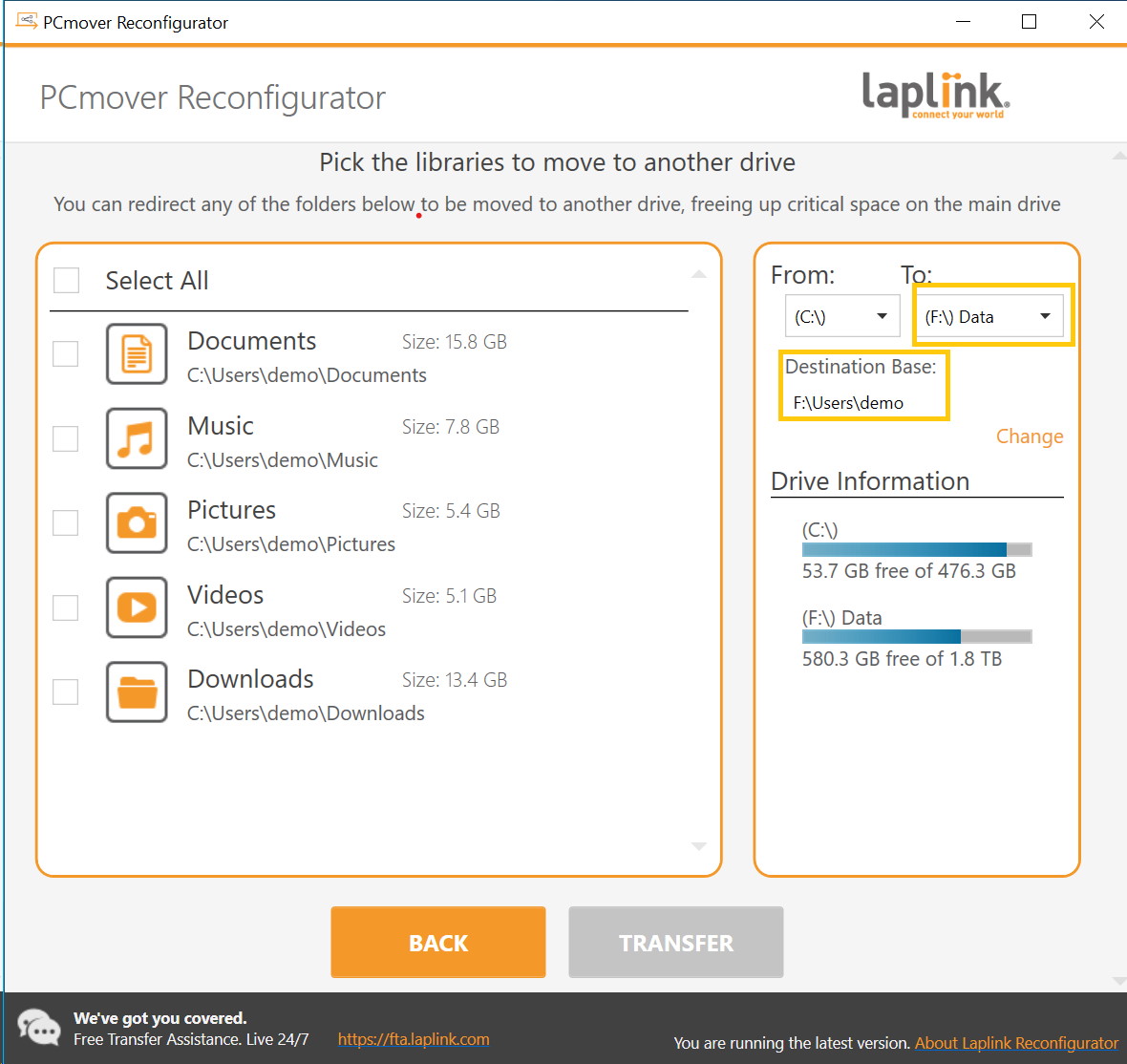 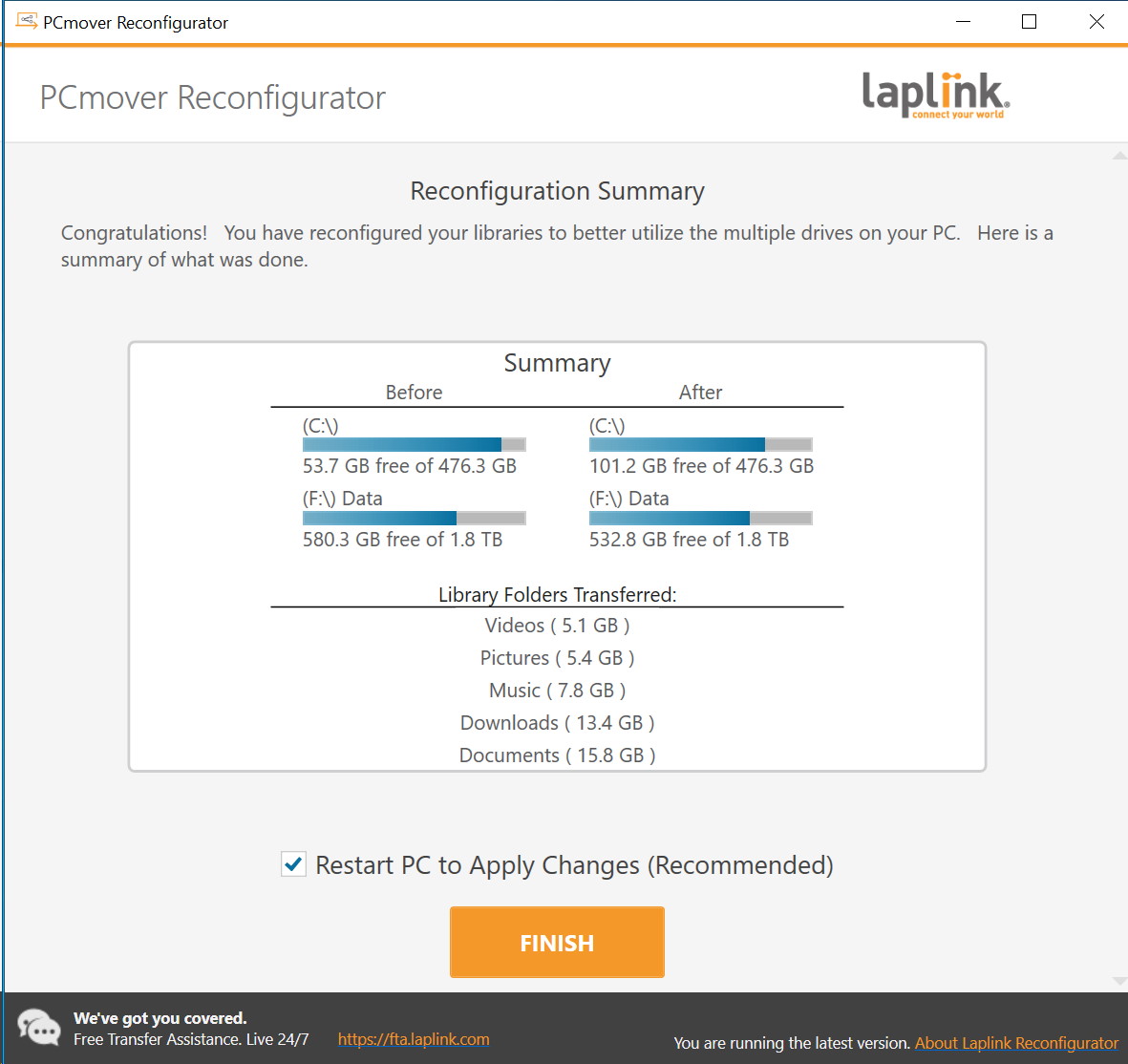 If you've been put off the idea of relocating your Windows Library folders – those used to store documents, including you Pictures and Documents folder – Laplink PCmover Reconfigurator is here to make your life a little easier. This is a handy utility that has been design for use on systems with more than one hard drive installed, especially those with a small but fast SSD and a alrger, slower traditional drive.

The idea is that while it makes sense to keep Windows itself and then applications you use on your fastest drive for the best possible performance, the size limitations of SSD and NVMe storage can present a problem. It's a great idea to store all of your documents on your largest drive, leaving your fastest one free to concentrate on your operating system and software.

By default, however, Windows 10 will store documents within its Library folders. Folder such as Documents, Videos and Pictures can be found on the C: drive, but this is often not the optimum configuration for lots of people. With Laplink PCmover Reconfigurator, it is possible to quickly and easily move these library folders to another drive.

The entire process takes just a few clicks, and is a much easy option that manually reconfiguring things. In a matter of minutes, you can maximize the amount of space you have available to store documents, and free up valuable space on your fast SSD drive.

This relocation of folders not only makes it easy to save files to your largest drive by default, but also helps to optimize your system and prolong the life of your faster SSD. Reducing the usage of an SSD drive is a great way to boost its performance, and by reducing the number of reads and writes by storing files elsewhere, it will also last for longer.

Yet another great tool from the developers at Laplink. PCmover Reconfigurator can help to make a real difference to the performance and longevity of your computer by making more efficient use of your available storage. Although the program does not do anything that you could not achieve on your own, it makes every so much quicker and easier, and also eliminates the risk of making a mistake. 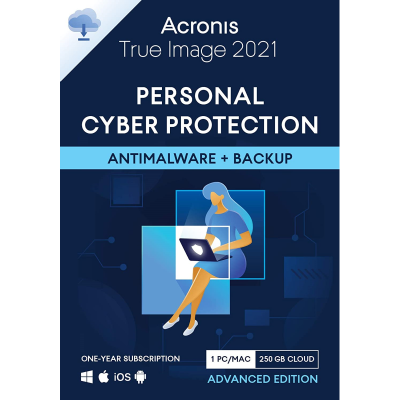 Move your files and settings to Windows 8