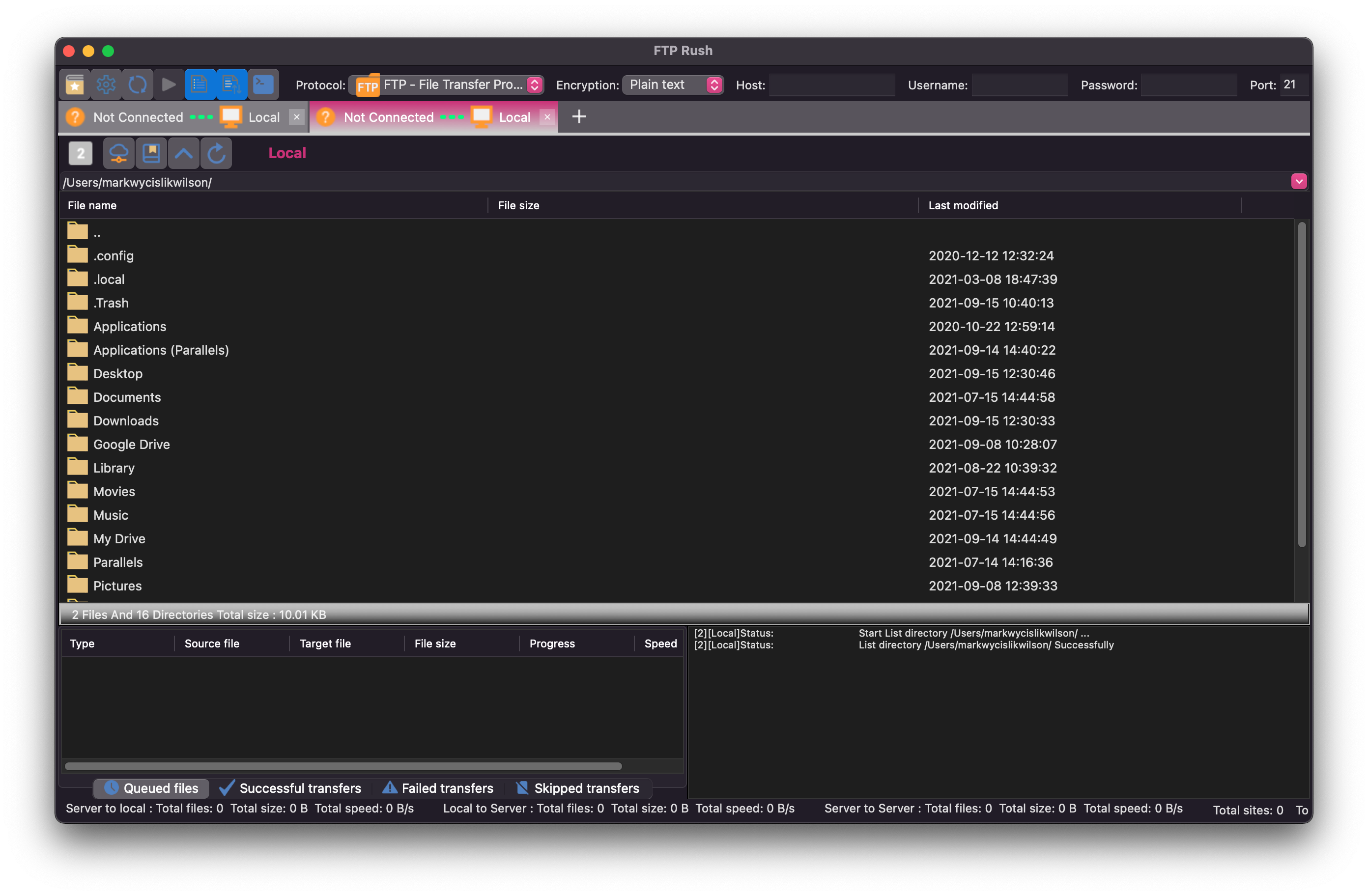 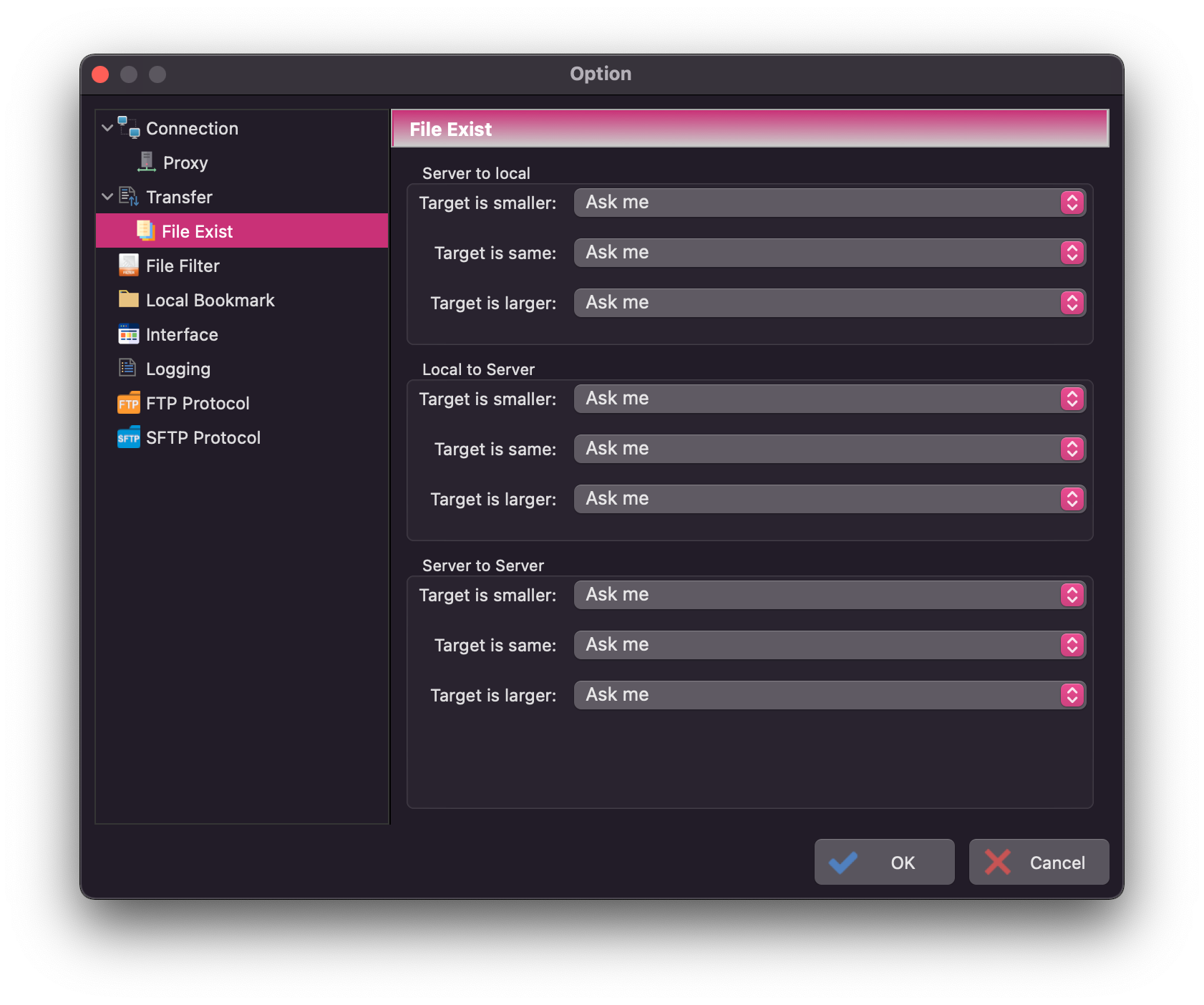 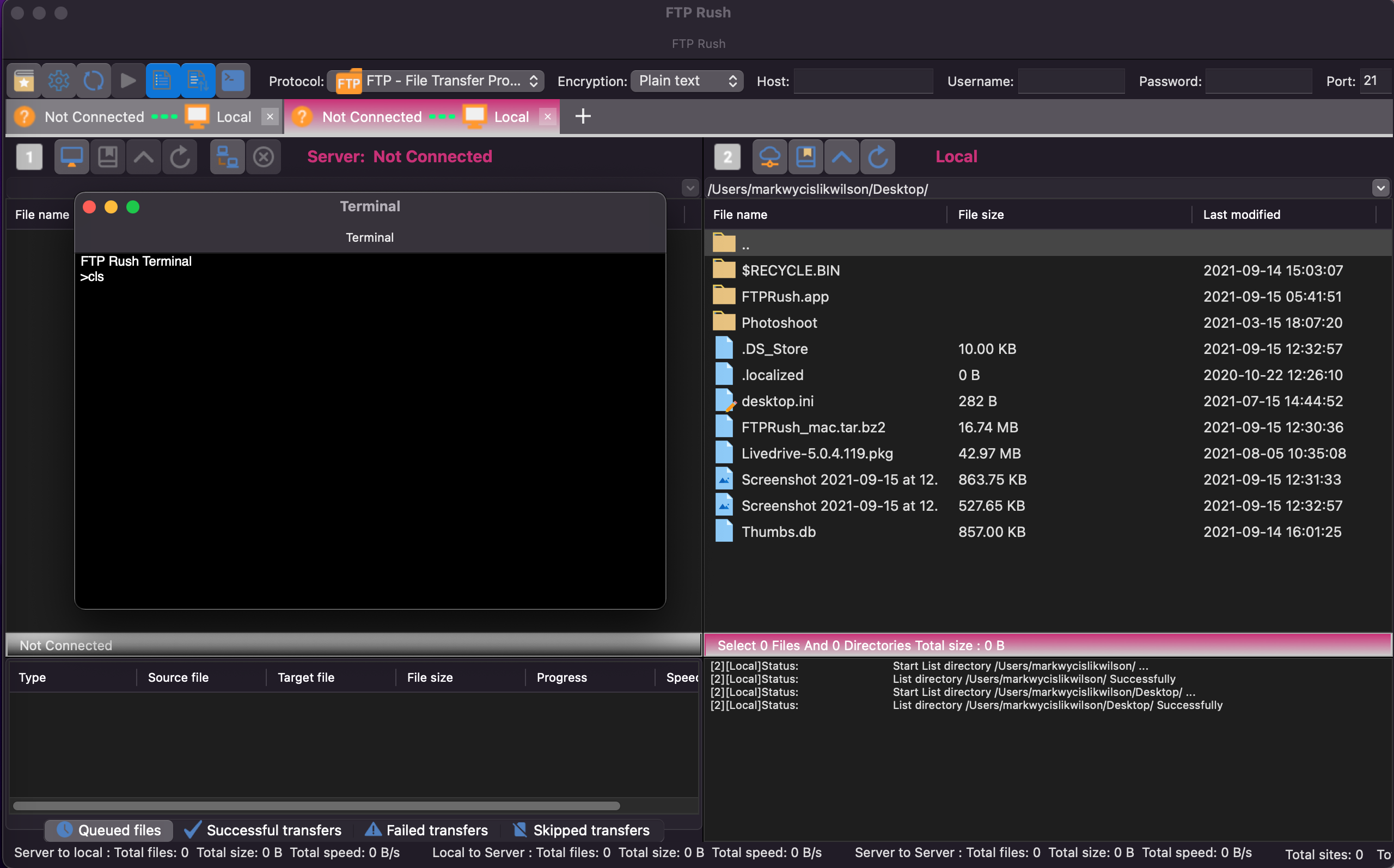 FTP Rush is an FTP and SFTP client that support multiple protocols and platforms. It's an ideal tool for managing the files for your website, as well as uploading content to the likes of Amazon S3. But the program goes beyond this.

In addition to the features you would expect from an FTP client, FTP Rush also supports Google Drive, DropBox and OneDrive so you can manage all of your cloud storage from the same place as well. This is useful in many circumstances, but the ability to copy or move files from one clo9ud service to another with ease is a major bonus.

For Windows users, the interface is comparable to Explorer, but Linux and macOS users will find everything very familiar as well. A tabbed interface makes it easy to work with multiple connections or manage multiple websites at the same time, and it also provides an easy way to transfer files between sites and could services without having to download them first. It does not matter if different protocols are used by the services you are looking to transfer data between, as FTP Rush is able to handle this for you.

If you are using the software to manage several sites or services, bookmarking is on hand to give you a way to quickly jump between them. For anyone looking for advanced control over their storage and transfers, there is an interactive terminal window for this very purpose.

Anyone who has used an older version of the program will find that FTP Rush v3 is not only more feature-packed than its predecessors, but also that performance has been significantly improved. What is perhaps most impressive about the program, however, is that despite the features and improvements, it remains free of charge.

A major benefit of FTP Rush is that it is cross platform. In addition to there being versions for Windows, macOS and Linux, there are also mobile apps for iOS and Android. This is something that all too many software developers overlook, be it out of lack of interest or lack of funds, so it's really good to see when all platforms are catered for.

Just looked at in terms of being an FTP or SFTP client, FTP Rush scores big points. But throw support for various cloud services into the arena and you have a top-notch file transfer tool on your hands.