Fix, clean up, protect and optimise your PC with this user-friendly suite of tools 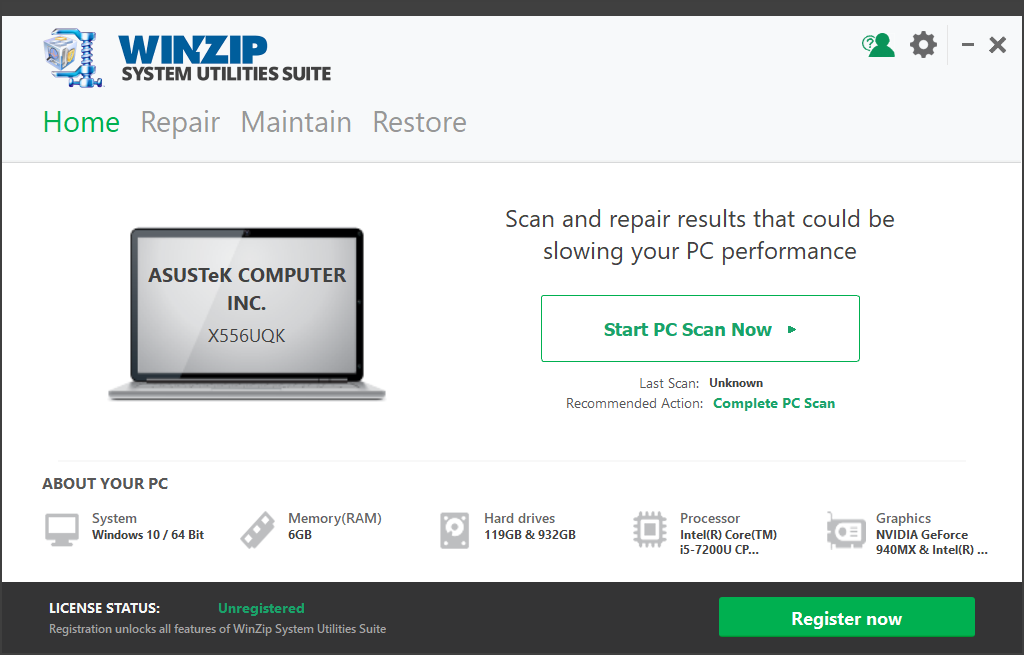 Once upon a time the only way to open zip files on your computer was by purchasing a dedicated tool. In those far-off times, WinZip ruled the roost, but now that zip files can be opened natively by Windows, it appears the company has decided it needs to branch out.

The net result is this, a collection of system tools designed to improve your computer’s performance. You can perform a quick scan and optimisation, or you can take the time to explore the separate tools, of which there are 20 in total.

Although everything is bound together by a single interface, the tools themselves all function independently of each other, although they’re themed in such a way as to look like they’re part of an integrated suite.

The tools are organised into seven core areas: Registry, disk cleaning, Windows optimisers, security and privacy, backup and recovery, common problems and regular maintenance. We particularly like the fact that Registry cleaning and optimisation are handled separately (the latter is the actual performance booster, the former often introduces more problems than it fixes). There are the tools you’d expect to find in a suite like this, such as the disk defragmenter, memory optimiser, startup manager and system cleaner, but there are some hidden gems too.

The Game Optimiser will appeal to avid gamers – it basically creates a virtual desktop inside which gaming performance is maximised by disabling everyday processes sapping system resources in normal day-to-day use. Secure Encryptor allows you to protect sensitive files while there’s also a useful system files backup and restore tool. We also like the idea of the PC Fixer, which displays a list of common Windows problems divided into categories, offering a one-click fix to those problems. The theory is good, but the number of fixes is a little disappointing.

As system suites go, there’s a decent range of tools to choose from. The only downside is the price – it would be a little steep even for a one-off fee, but this is an annual subscription charge, which makes it particularly poor value. We’re also not impressed that the trial version is a little more than a demo, with most functions off-limits until you purchase the full copy.

A decent collection of tools, but most of the functionality is available elsewhere for less – if not free.

Speed up, optimise, clean and secure your PC with this all-in-one system maintenance suite

Secure, repair and optimise your computer with this all-in-one PC toolkit