Organise, edit and share your media files with this expandable tool 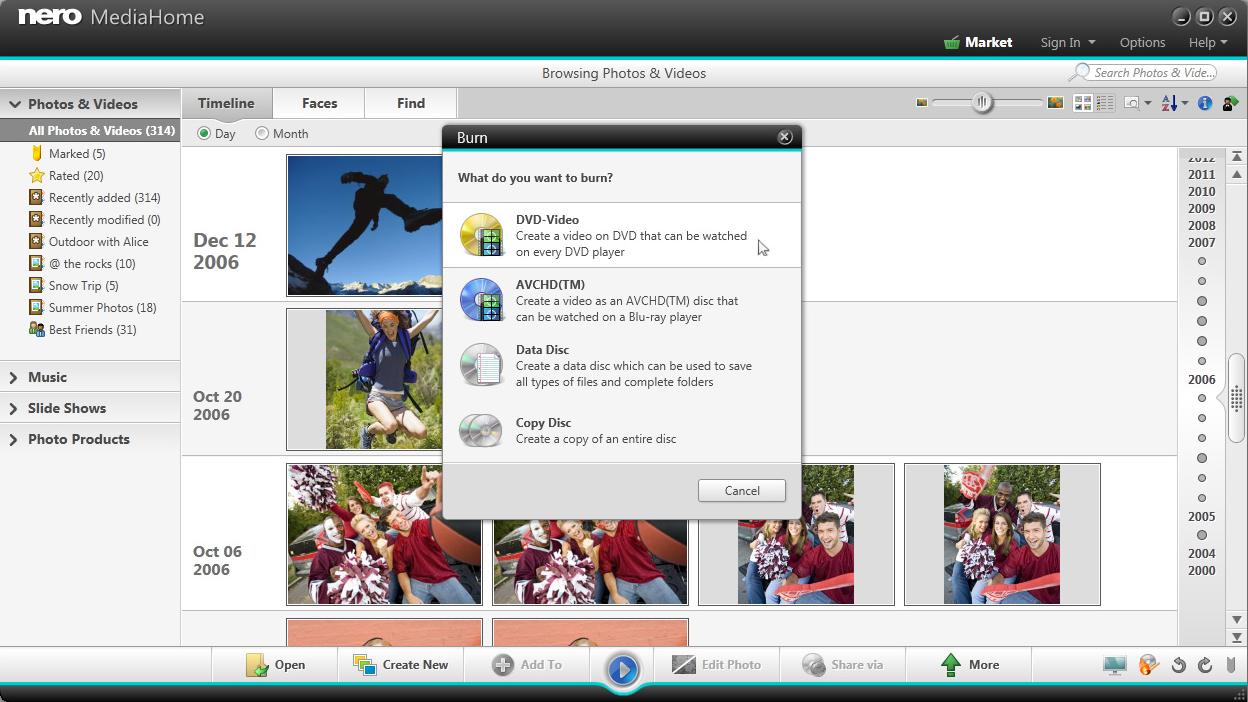 The number of digital photos, video and music sitting on people’s hard drive doing nothing is gargantuan – Nero claims 94% of users do nothing whatsoever with the video they shoot, for example.

Nero MediaHome is a free tool designed to change all that. It manages your media collection, plus gives you options for viewing photos and video, listening to music and editing your photos. There’s a “Be Creative” section for quickly creating a music playlist or photo slideshow, plus uploading your media to various supported internet services, namely MyNero, YouTube, Facebook and Flickr.

The functionality offered by the program is relatively basic – there’s nothing here you won’t find in Google’s Picasa or Windows Live Photo Gallery for instance. It does at least offer a one-stop shop covering music as well as photos and videos, and its most recent update adds functionality previously restricted to a separate, paid-for module, namely automatic face tagging. However, other features - including the ability to quickly move content between devices - remain the preserve of costly add-on modules.

There is a definite improvement in performance too, although the hefty system requirements and download still make it less than svelte in appearance. However, while there are better alternatives out there, Nero MediaHome does at least feel like it's making a move in the right direction - one feature we like is support for ripping music CDs to the lossless FLAC format. Still some way to go, however.

A vast improvement on the initial release, although the need to purchase extra features within the program still rankles.

Bring order to even the messiest of music collections