A fun group-based chat client for your smartphone 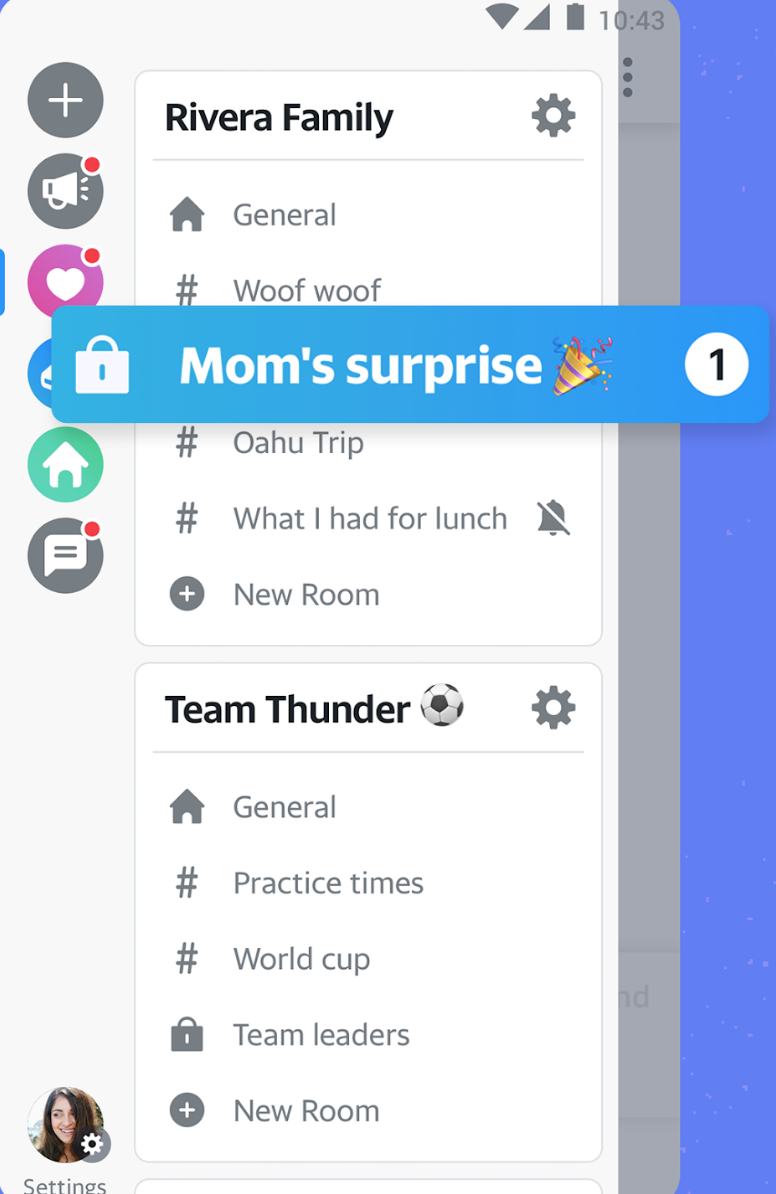 How many chat clients do we need? We were only thinking about this the other day. ICQ was the big thing a few years ago (and is still around), IRC was used for serious users to keep in touch (again, still around) and Yahoo Messenger was a powerful chat-client people used to keep in touch with friends.

Sadly Yahoo Messenger was discontinued in July 2018, most probably as no-one was using it, with everyone switched to WhatsApp and similar tools.

Yahoo is back with a "Together - Group Chat" client with an emphasis on fun. In fact, the client looks like a consumer version of the popular business tool, Slack, using hashtags for discussion points. You could start a discussion about a forthcoming trip, with its own hashtag, and get others to contribute, whilst someone else has their own group based around plans for their Friday night social.

Together - Group Chat seems to be aimed at families who are planning an event. For example, you want to organise a party for a special Aunt? Start a group chat, assign tasks, share a calendar and set reminders. And that's about it.

We do have to question why anyone would feel the need to move to a new chat client - remember, to make these work you have to get everyone else to install and join you and that's a tall order for any new chat system.

Also, as there's no desktop version, you can only chat from your smartphone, limiting use. As an example, during the day many office users aren't allowed to use their mobile during working hours, so turn to web or desktop versions of WhatsApp and other clients, which is why they became popular.

We're unsure who will use yet another chat client, even if it looks like a fun version of Slack for families.

Control Cyberlink PowerDVD from your iOS or Android device

A VoiP service for iOS