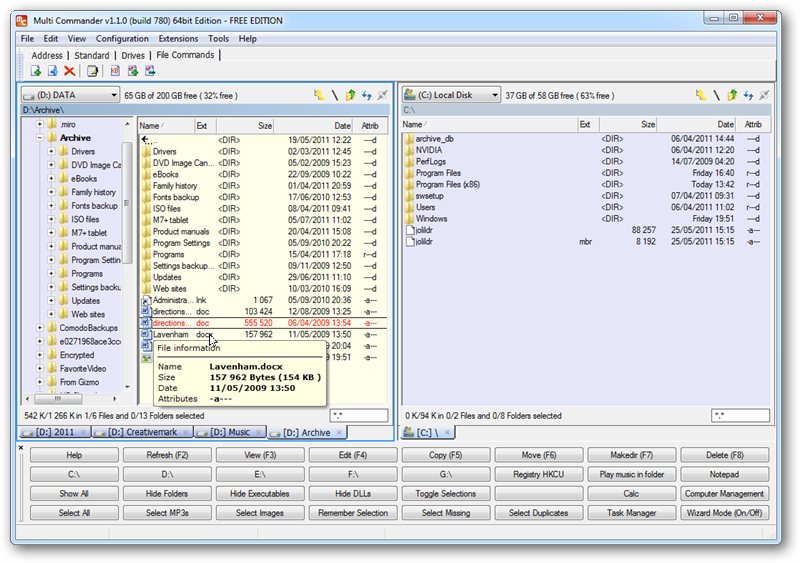 Navigating files and folders in Windows has – it’s true – become easier with each successive release, but there’s still one major problem that’s never been addressed by Microsoft: the single folder view. Despite the existence of the Favorites Bar, copying or moving files from one folder to another usually involves opening two separate folder windows.

You then manually have to manually browse to the source and destination folder before you can drag files between them.
File explorer tools are ten-a-penny, with the most notable improvement being that you can view two or even four folders at once in single window, making copying and navigating a quick and easy affair. Multi Commander only offers a choice of single or dual panes for viewing folders, but you can open multiple tabs in each window, allowing you to create shortcuts to favourite folders that you can easily switch between for file management purposes.

A large number of buttons – all customisable - sit underneath the two panes giving you access to shortcuts, selection tools (such as images or MP3 files), system tools and various folder-based tweaks, like being able to hide DLLs from view. It also comes with built-in capabilities for accessing the Registry, viewing remote folders via FTP and opening a range of compressed archives, including 7zip, RAR and TAR in addition to Zip.

There are some useful tools thrown in for good measure: manage file and folder permissions, forcibly end stubborn processes, pack and unpack archives and create symbolic links and junctions in addition to regular shortcuts. There are also basic media management tools and a built-in file viewer for peeking at the code behind a file, all adding up to a tool that is well on its way to becoming your one-stop shop for all matters file-related.

The program interface is fully customisable, but a little drab and overwhelming for our liking in its default state – however, there’s little doubting its raw power and potential, and the fact it’s now free makes it a tool well worth checking out, although the author has warned it may revert to a paid-for license in the future.

ADDED - Paste File/Folder name from clipboard into explorer panel and focus will move to that file/folder
ADDED - Hold Ctrl while pressing Menu > File > Exit to suppress confirm dialog
ADDED - MultiScript function StrRFind now support offset parameter, this parameter is at what position the reverse scan should start
ADDED - Can now configure different gridlines colors for horizontal and vertical gridlines
ADDED - New language Bulgarian, create by Lyuben Penchev
ADDED - Added new command to open folder in new tab or in other panel
ADDED - MultiCommander part in shell menu now show a command for "Open in New Tab" / "New Tab Other Panel"
ADDED - If ExplorerPanel config is corrupt when starting a messagebox is now shown asking if it should reset that file.
ADDED - During startup MC verify extensions. This process is now done in parallel to improve startup speed.
ADDED - Tabs can be have delayed update. They are not updated during startup. This can be disabled in settings.
ADDED - UI Panel for the FreeSpace Field and the icons after it are rebuilt. A ExplorerPanel tab UI will now be created faster. Look should be identical with before.
ADDED - Add Warning and user settings to warn if multiple files are selected when doing edit operation.
CHANGE - Internal changes to Explorer Panel status bar now it is build. Now using another UI panel.
CHANGE - Did lots of code cleanup in reading the settings.

A Metro-style file explorer for Windows

Quickly get your PC organised with this handy file management tool 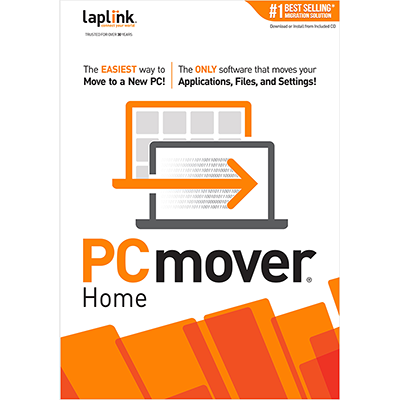