Take advantage of your Sky subscription on your iPhone, iPod or iPad 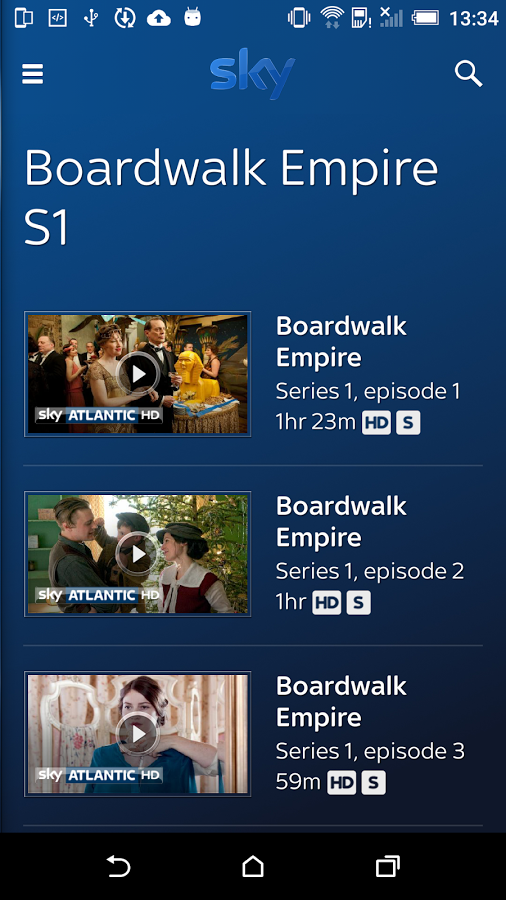 Sky Go is a free app from satellite broadcaster Sky that enables you to watch certain Sky channels on your iOS device. Precisely which channels you can view is dependent on the subscription you have with the broadcaster; if your package includes Sky Sports 1 and 2, you will be able to watch all five Sky Sports channels, while subscribers to Sky Moves 1 and 2 have access to Sky Premier, Showcase, Action and Adventure, and Family.

The app can be used to stream films and sports programmes over a 3G or wireless internet connection without the need to take out an extra subscription. The interface has been quite well designed, allowing for easy navigation of programmes.

The iPad version of the app makes full use of the larger screen which allows for easier navigation as well as a bigger video window. Sky Go can be installed on two registered devices, both of which can be used simultaneously to stream programmes. This is a great option for households in which one person wants to watch the game while others want to watch a film.

Due to the picture quality, Sky Go can be quite demanding of bandwidth and this means that a 3G connection is not always enough to sustain a steady stream. Depending on where you live, you may find that it is only really viable to use the app on a wifi connection, which reduces its usefulness somewhat, but doesn't render it pointless.

A great extra for Sky subscribers who also own iOS devices - but use on the move may be slightly troublesome.

Access your backed up data on your mobile device