Run some iPad apps on your desktop 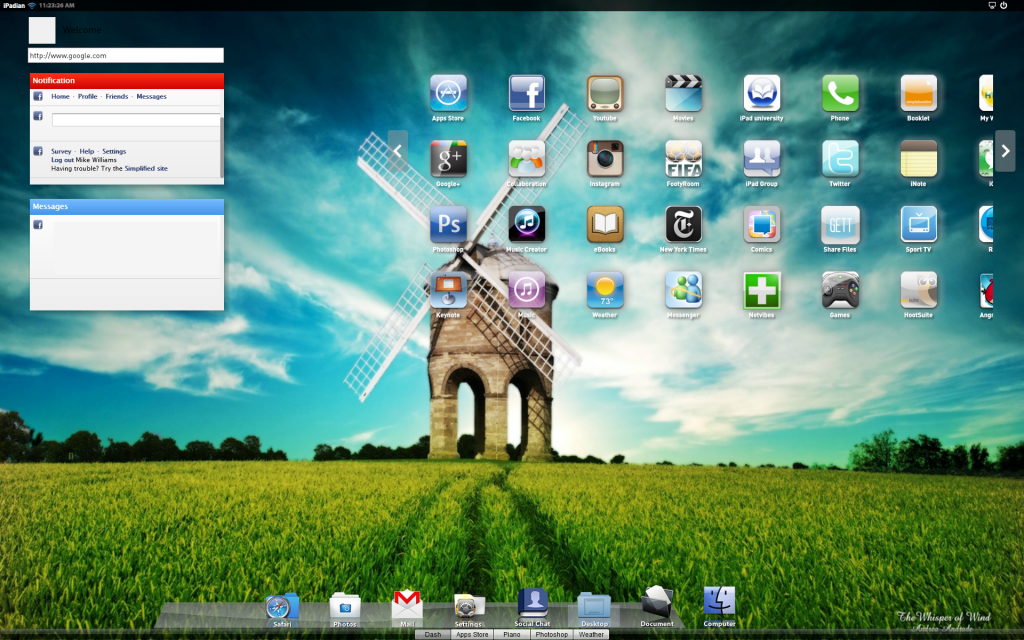 IPadian is an iPad simulator which allows you to run some iPad apps in an iPad-like interface on your own PC desktop.

Interesting? Yes, but there are major problems with attempting something like this. The program can't include the Apple App store, of course, for copyright reasons. So you're restricted to iPadian's own custom app store, instead, and while there's plenty to explore here, it's still quite limited: choose the Games category, say, and you'll find only 8 apps on offer.

There are also some major interface issues. The iPad is designed for touch, so using anything similar on a desktop, with just a mouse and keyboard, is never going to be ideal. You can still find your way around by clicking on buttons, but it all feels a little clunky, and the program doesn't allow you to use the mouse to simulate swipes (although spinning the mouse wheel will scroll occasionally).

And, surprisingly, it's portable, so there's no hassles with installation (as long as your system is already equipped with Adobe AIR, anyway) - just unzip the download file, run iPadian.exe and take a closer look.

Note that iPadian is ad-powered, so expect to see adverts whilst using this application.

IPadian looks great, and works, too - you really can get some of the feel of an iPad on a Windows desktop. There are many issues, though: the system doesn't always work as you expect, and replacing touch with a mouse and keyboard makes for a clunky interface. Take a look, but don't expect too much.

OpenOffice gets an unofficial iPad port