A VBScript tool to list your PCs startup programs 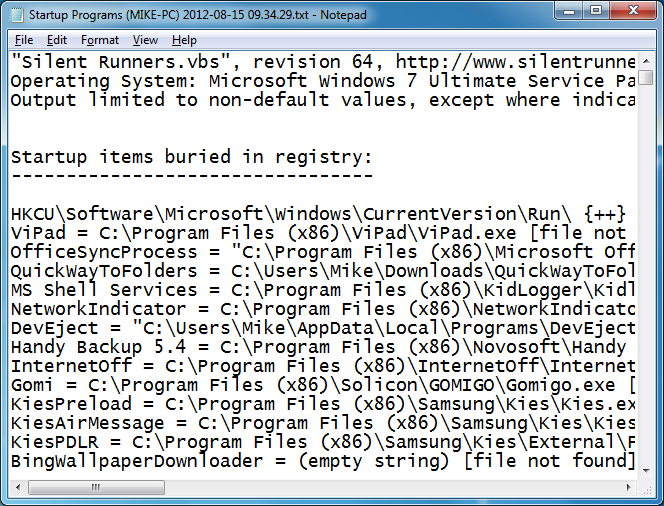 Silent Runners is a clever script which detects your PCs startup programs and exports them to a text file.

At its simplest, all you have to do is run Silent Runners.vbs, click "Yes" to skip the supplementary test (this searches all the folders on your hard drive, so can take a while), and wait. In just a few moments a plain text file will appear in the same folder as Silent Runners.vbs, and opening it will display the results.

And the script also highlights any entries it thinks are suspect by adding "<<!>>" at the beginning of the relevant lines. Which sounds great, although it seems less than reliable, as this only raised multiple false alarms on our test PC.

Silent Runners plainly isn't the best choice for most users. If you just want a tool to list your startup programs, Autoruns will provide everything you need, all wrapped up in a neat GUI which makes it far easier to use.

As it's a script, though, Silent Runners is much more configurable, and that could appeal to experienced users. With a little VBScript knowledge you can add new tests, change how the existing checks work, do anything you like, and that's certainly appealing.

Please note, though, as a VBS file you may have problems running it, as these scripts make some antivirus tools nervous. It's not malware - the first version of the script appeared in 2004, it's entirely safe - but it's possible that some antivirus packages may still complain about it, or at least block the script from running. The author's website has advice on resolving that, if you need help.

Silent Runners detects and lists plenty of startup programs, and offers lots of configuration possibilities, but if you prefer a simple life then Autoruns will still be a much better option

Get an alert whenever spyware, adware or intrusive applications try to change your system settings

Quickly and securely delete data so it cannot be recovered 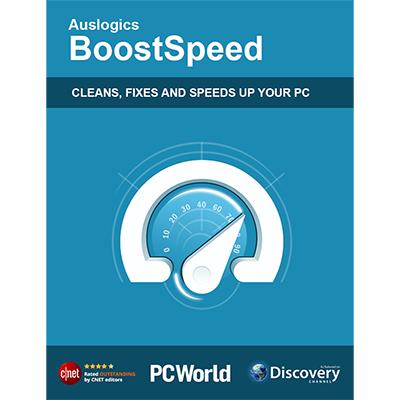