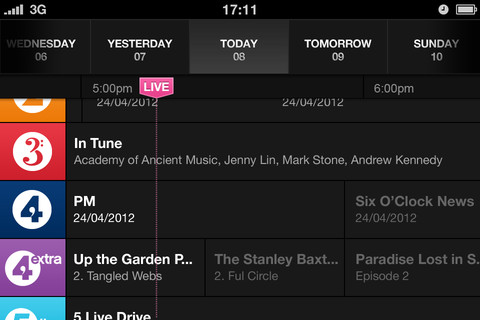 It used to be the case that a few mobile phone models included an FM radio, with headphones acting as an aerial. This is far from common these days, with smartphone now being able to access online radio stations through other means. The BBC’s iPlayer app proved very popular with mobile users, making it easy to access the most recent television broadcasts from mobile devices. BBC iPlayer Radio is along very much the same lines, but this time with radio in mind.

You can use the app to listen to live broadcasts from any of the BBC’s numerous radio stations, but the catchup service – which can be used to listen to any programme from the last seven days – is something that is going to go down very well with users. When listening live you can keep up to speed with what has been played, interact with shows as they happen and share content via social networks.

- Fix relating tosign in issues. Thank you all for your feedback

Automatically download radio programs and podcasts to your iPhone or iPad