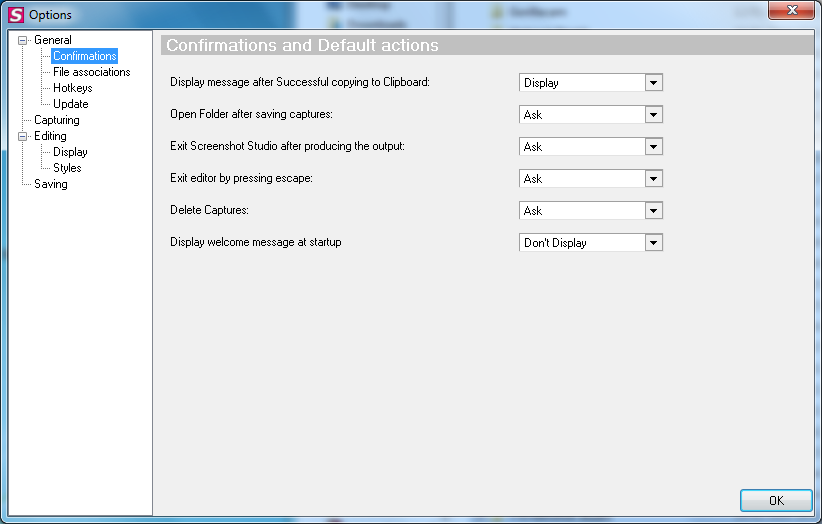 The traditional way to capture screenshots of on screen action was to simply press the Prt Scr button before pasting the contents of the clipboard into an image editor. While this is reasonably effective, there are also limitations - capturing just a portion of the screen requires additional editing, the mouse cursor will not be included in the grab and making use of the shot for email, online use, or other purposes means importing it into yet another program.

Screenshot Studio can be used to capture everything that appears on screen, or just a portion of what is displayed, and an integrated editor is available to make any further adjustments that are necessary. The program can capture still from videos - while other tools will simply capture an empty video window - and a capture delay is available for timed screenshots.

Any screenshots that are captured can be annotated and edited, before being saved in a variety of popular formats including PNG, JPG and BMP. Screenshots can also be saved as projects so you can return to editing at a later date. Once the required work has been carried out on captures they can be saved, emailed or uploaded to the internet in a few mouse clicks. Screenshot Studio could be regarded as a little expensive, and has fewer options than the likes of Snagit, but in its own right it is an accomplished tool.

The basic process of screenshot capturing is enhanced and accelerated by this handy utility.