Create, manage and share your archives directly from the Windows 8 start screen 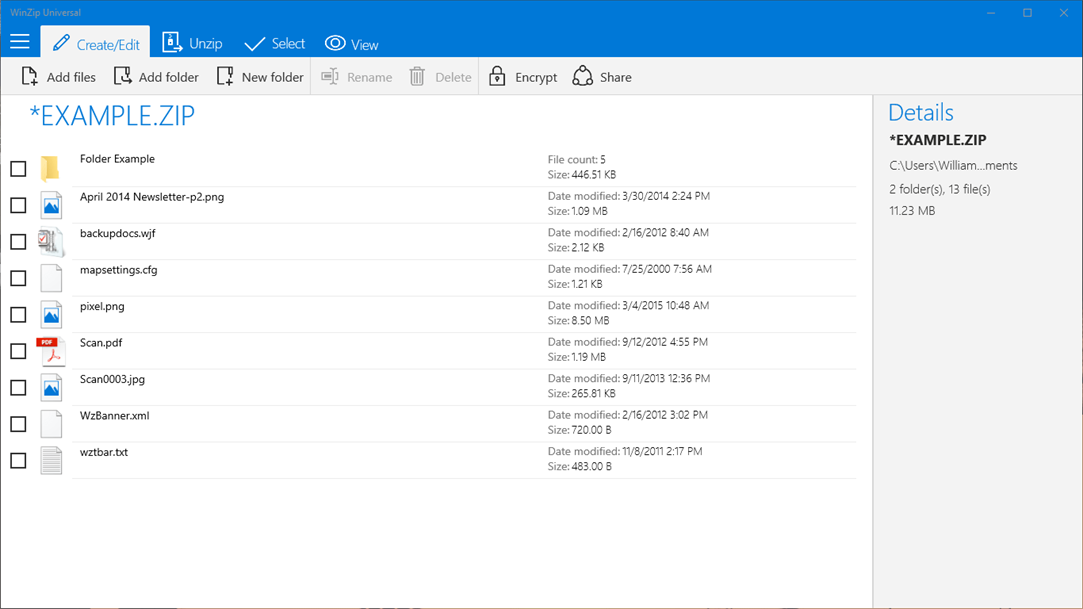 WinZip Universal for Windows 10 is a capable app which allows you open existing ZIP and ZIPX archives, or create new ones, then makes it easy to share them online.

The program presents files and folders using a clear, touch-friendly tile-based interface which fits in well on the Windows desktop.

And although it doesn't have the functionality and power of WinZip's desktop client, the app still has the key tools you need. So you can zip up files or folders, add password protection to restrict access to your archives, or lock the world out entirely by making use of WinZip's military-grade encryption.

Use this kind of tool on the right files and you can save an enormous amount of disk space, which could be useful if you're running short.

The real benefit of WinZip Universal for Windows 10 probably comes in its ability to securely share files, though. The program neatly integrates with the Windows 8 'Share' charm, and in just a few clicks (or taps) you're able to safely send your confidential files via Facebook, Dropbox, Google Drive, SkyDrive and more.

It is also relatively expensive, though, requiring an annual $7.99 subscription following your initial 15-day trial. Most people will probably be better off looking elsewhere.

It's expensive, but otherwise WinZip is a polished archive manager with some useful security and file sharing options

The famous file compression tool gets an iOS app