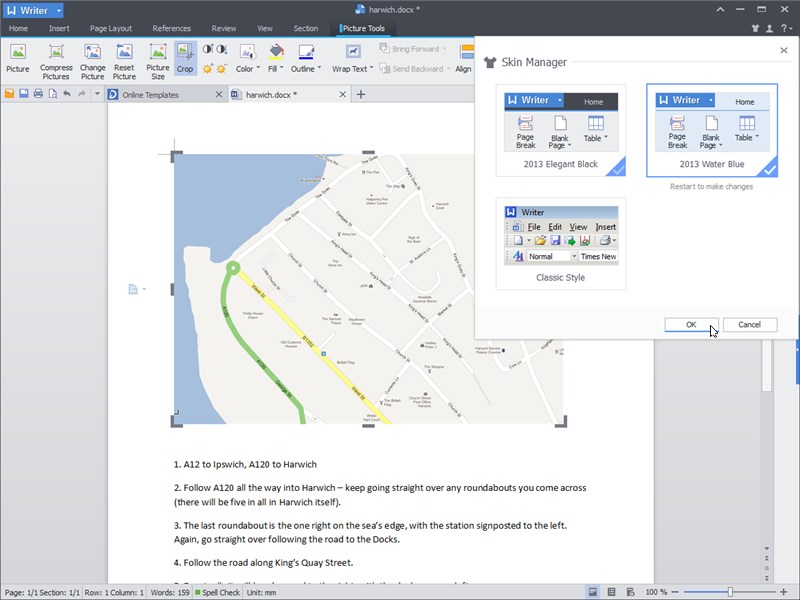 An office suite is one of the most useful pieces of software that can be installed on any computer, but it can also be one of the most expensive. If you don’t feel in a position to splash out on Microsoft Office, Kingsoft Office Suite Professional 2013 is a low-cost alternative which enables you to save money without having to make compromises with your software.

The suite includes a word processor, spreadsheet tool and presentation software - each can also be downloaded and installed individually. The programs are all fully compatible with Microsoft Office, and can be used to not only open files that have been created in Word, Excel and PowerPoint, it can also save files in these native formats – as well as the all-important PDF format.

The 2012 version introduced support for many features found only in later versions of Microsoft Office, including a ribbon-based user interface. It also has some nifty unique features of its own, such as being able to view multiple documents in a single window through a series of tabs.

The suite also has very low system requirements which means that it can be easily run on older hardware without the need to upgrade or suffer poor performance. Each program includes a number of templates which mean that if you are short of ideas, you can still jump right in and start creating good-looking documents quickly and easily.

Version 2013 comes with two new interface styles, plus the ability to switch between these and the older "classic" interface directly from within the program itself. There's better support for foreign characters as well as date and number formats too, while users can now undo changes even after saving documents. There are also a number of specific improvements to the separate components in the suite: Writer, Spreadsheets and Presentation.

A seriously impressive and attractive suite of tools that will serve most users well.