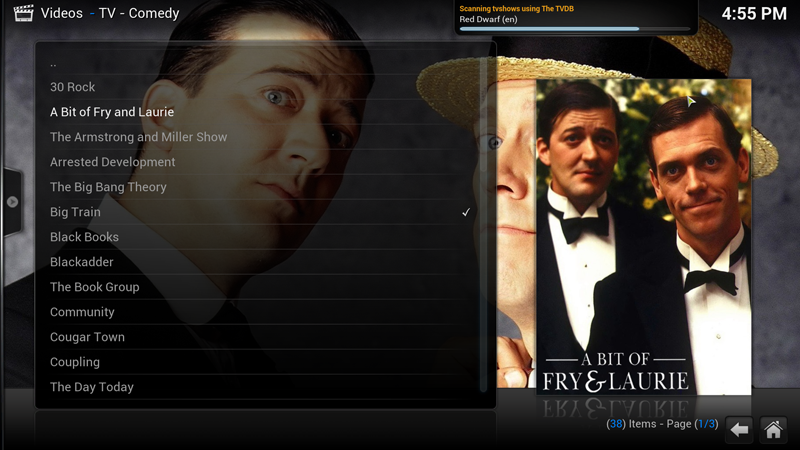 If you’re looking to add a reliable, popular and free media center app to your computer, then XBMC is one of the best to go for. Want to go even further? You can press an older computer or small form-factor PC into service as a dedicated media server and center using XBMC at its core via a number of specially constructed Linux builds. And if space is tight – or you’d like to run XBMC directly off a USB flash drive or SD card – then OpenELEC is the build to go for.

Installation is refreshingly simple – all you need is a spare USB thumb drive (256MB or greater) in addition to whatever media you plan to install OpenELEC on. Then it’s a case of downloading the installer and following the guide at the OpenELEC wiki.

Once installed, OpenELEC functions exactly in the same way XBMC does. Unlike Linux-based builds like XBMCbuntu, there’s no underlying Linux OS to worry about – OpenELEC has been built from scratch with the sole intention of running XBMC, so it’s completely self-contained within the familiar XBMC graphical interface. It does mean you can’t do anything but run XBMC, but considering a full install takes no more than 125MB of space on your drive, it’s a price well worth paying.

- fix crash in Kodi while playing streams.
- fix some non working screensavers, this only works if the non working screensavers are installed the first time.
- disable CONFIG_USB_UAS to fix issues with some external Harddrives on RPi builds.
- some fixes in the installer.
- update libcec to fix some upstream problems.
- update to mesa-17.0.5, linux-4.9.25 (Generic/RPi*), mariadb-10.1.22, samba-4.6.3, connman-1.34, libsndfile-1.0.28.

A beautifully designed self-contained system for running XBMC. If you don’t need any other functionality from your computer, install this.