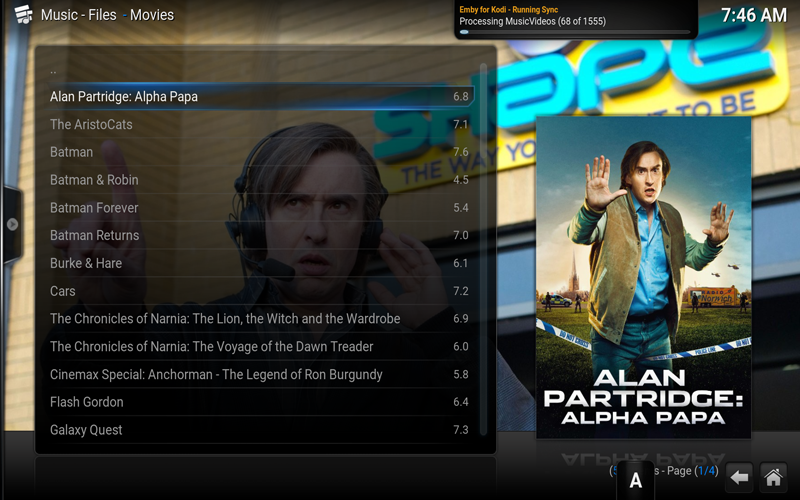 The days of Windows and OS X coming fully furnished with a built-in media center are long gone, but while the giants at Microsoft and Apple have turned their back on providing a decent one-stop shop for watching, organising and sharing media, third parties continue to develop some cracking alternatives.

The best has to be Kodi. This open-source marvel - formerly known as XBMC - has come a long way since its early days, and has plenty to recommend it. As a humble media player it supports all the common formats natively, so you can be sure that it’ll play back whatever you throw at it.

It’s got a built-in DLNA media server, so you can use it to stream your media to other mobiles and devices on your network, and supports a vast array of plug-ins that add extra capabilities, such as accessing streaming catch-up TV services over the internet.

When you first launch the app, you’ll immediately see that it’s designed to work on lower-resolution screens such as older TVs, a nod to the fact media center software is often built with the thought of having your computer hooked up to your front room television for convenient access to all your media. The default skin is a little basic, but you can download alternative skins that provide a more modern look.

You’ll also find Kodi's media management tools are impressive too – not only is it capable of playing most media formats, if you name up your media files correctly, it’ll automatically download and display useful information such as the episode title and synopsis of a TV show, or the correct artist name and track for music, making your collection easier to browse.

There is a slight learning curve involved with using Kodi, but it won’t take you long to master the basics and get it configured to your liking.

A visually stunning and effective media center tool that gets better and stronger with each release.

New features in version 19.4 (changelog) include: