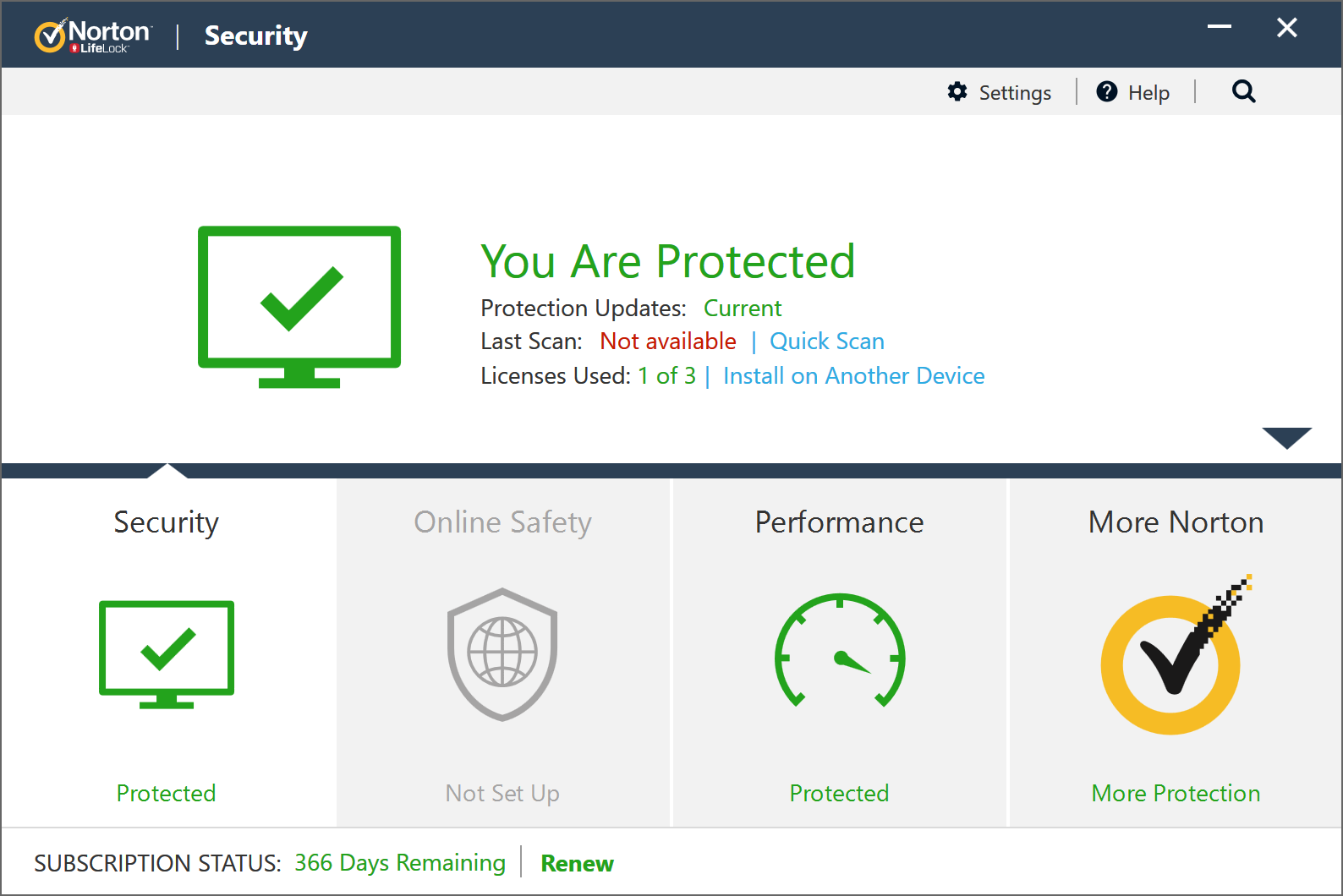 For years Norton has been synonymous with security, and aside from a slight name change, Norton Security continues its fine tradition of offering comprehensive protection for PCs worldwide. (And it now covers Macs, iOS and Android devices, too - up to five in total.)

There’s everything you’d expect in such a security suite: strong antivirus protection that monitors files and programs not just for known threats but for suspicious behaviour too, helping block malware before it can gain a foothold on your system.

There’s the firewall, of course, silently blocking attacks from both outside and inside your PC. Web Safety components check the links you click to make sure they’re safe to visit, while downloaded files are screened and checked for both security and reliability.

What’s new? The most obvious change is a brand new user interface, updated to blend in better with the modern look of Windows 10. This release also debuts what Symantec terms its "next generation" anti-malware engine, which evaluates and offers protection against threats in real time using the cloud to reduce definition files by up to 80 per cent.

Browser protection is now delivered without the need for installing browser plug-ins, while protection against socially engineered attacks has also been tightened.

The SONAR engine – used to detect brand new threats – has been improved alongside performance tweaks.

Please note, Norton Security replaces Norton Antivirus, Norton Internet Security and Norton 360. There is no direct upgrade path from those products to Norton Security - you'll have to buy a new licence - but of course they will still protect you until the end of your current subscription.

Time will tell if the new changes deliver better security for your PC, but it’s good to see Symantec continuing to evolve its product with increased protection and a slicker user interface.