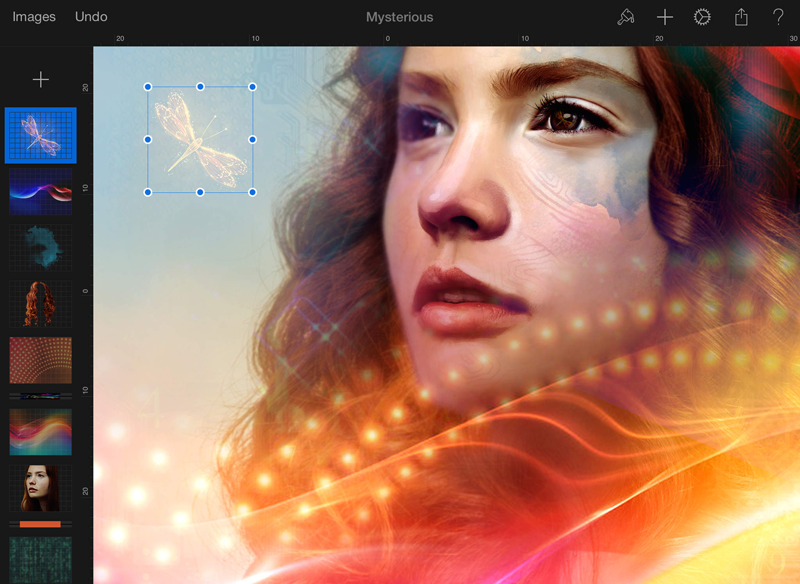 Any image editor has to endure comparison with Photoshop - it is par for the course. Few live up to expectation, and to some extent it is unfair comparison to make, particularly when you're talking about image editing on the iPad. Or is it?

Pixelmator on the Mac can be thought of as Photoshop for the masses. It's not as powerful or as feature-packed as Adobe's landmark app, but it is available at a fraction of the costs and includes more well designed features than most people will have need for. And now, an iPad-friendly version has been released.

Pixelmator for iPad is, quite simply, stunning. It finally sees the iPad come of age as a true image-editing tool. Like its Mac brethren, Pixelmator for iPad effortlessly takes on Photoshop and offers all the key functionality you need – direct from your tablet.

It will work best on later generation iPads, and indeed some tools – specifically some of the photo retouching tools such as Heal – weren't initially available on third generation iPads or earlier (this has been fixed as of version 1.0.1). Regardless of missing functionality, though, the low price makes it an absolute bargain.

The app has everything you’d expect from a top-notch image-editing tool: support for layers (including non-destructive layer editing), wide format support, a vast collection of creative, painting, editing and retouching tools and the ability to seamlessly link in with iCloud Drive, so you don’t need to worry about where those large PSD images you’re working on will be stored.

Everything about the app oozes quality except the price – at $4.99 it’s a steal and should be an essential purchase for all iPad users.

Pixelmator 2.3 for iOS brings an incredible Quick Selection Tool, a powerful and precise Magnetic Selection Tool, features many small, but awesome improvements to the selection experience on iOS, and more.

Pixelmator is a triumph of engineering on the iPad, providing Photoshop-like tools and compatibility for a fraction of the cost of a desktop app.