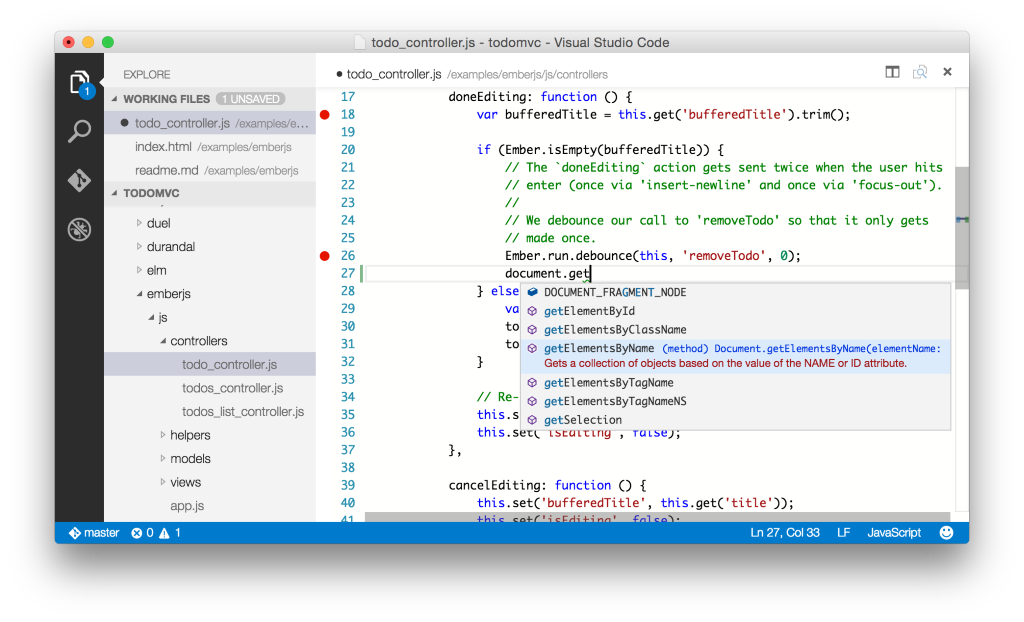 Code is an early look at Microsoft's free cross-platform code editor for developers.

That's just the start, though - Code has much more to offer. It understands the relationship between some files, for instance. Open a C# project.json file and it'll load that project plus reference projects; open a *.sln and it'll load the referenced *.csproj's and any sibling or descendant project.json-files. It can validate JavaScript files according to your preferred rules, preview Markdown files, show colour preview annotations for CSS, LESS and SASS, and gives you IntelliSense, intelligent refactoring, "find all references" and more.

Oh, and did we mention a debugger for JavaScript? Git support? Diffs? Easy integration with tools like Make, Ant, Gulp, Jake, Rake, MSBuild?

The core editor doesn't have all the extras of some of the competition (there's no line sorting here), but that's mostly because it's concentrating on the features that really matter. So for example you can open files or folders; create/ delete/ rename/ move/ use a file's context menu from within the program; display up to three editor windows side by side for comparisons; search across files; use multiple cursors, expand code snippets and more.

More than a Notepad replacement, not quite a full IDE, Code is a spectacular code editor, packed with intelligent, time-saving features. Download it immediately.

A smarter way to edit the Registry