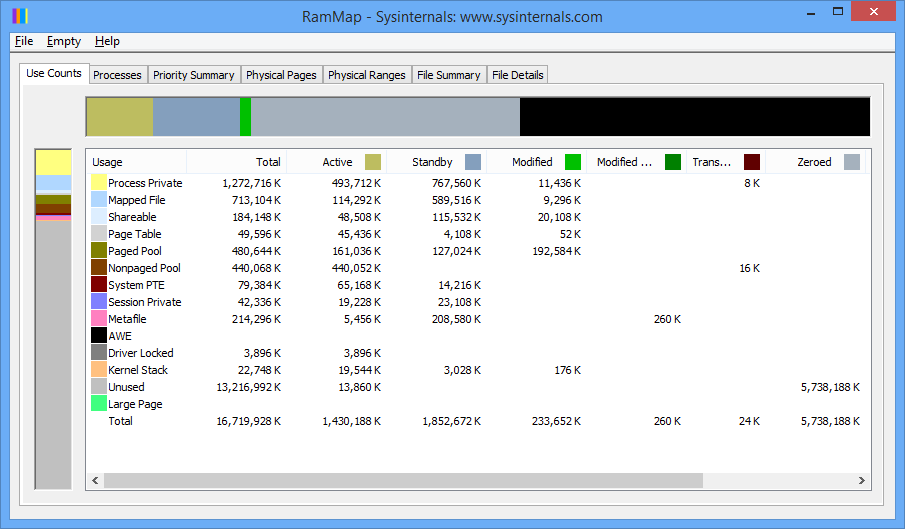 Empty Standby List is a command line tool - from the developer of Process Hacker - which provides various ways to free up RAM.

Tell it to free up process working sets (EmptyStandbyList.exe workingsets) and the program tells Windows and applications to cut memory use by all user and system processes. This may help, or it might cut performance as processes immediately swap back data from the paging file.

Emptying the modified page list (EmptyStandbyList.exe modifiedpagelist) flushes modified pages, writing unsaved data to disk, and freeing up that RAM. This can involve a lot of disk activity, which may slow you down, but if you want to get it out of the way - have Windows write this data to disk now, rather than at some random point later - then it might be useful.

Freeing up the standby list (EmptyStandbyList.exe standbylist) discards RAM associated with a process, but not currently in the working set, and moves it to the Free list. Depending on your situation, this may be relatively penalty-free, and it's perhaps the best option to try first.

Emptying the priority 0 standby list (EmptyStandbyList.exe priority0standbylist) frees up RAM on the lowest priority standby list. This command is the least likely to cause performance issues later, but may not recover much memory.

You can run the program from a command line, a shortcut or a script, but keep in mind that it needs administrator rights. (Fortunately it warns you if there's a problem.)

Memory "optimizers" generally don't do very much, but there are situations where you might see benefits, and Empty Standby List gives you more control over the process than most tools. If your RAM usage seems high - particularly standby pages - then give it a try.