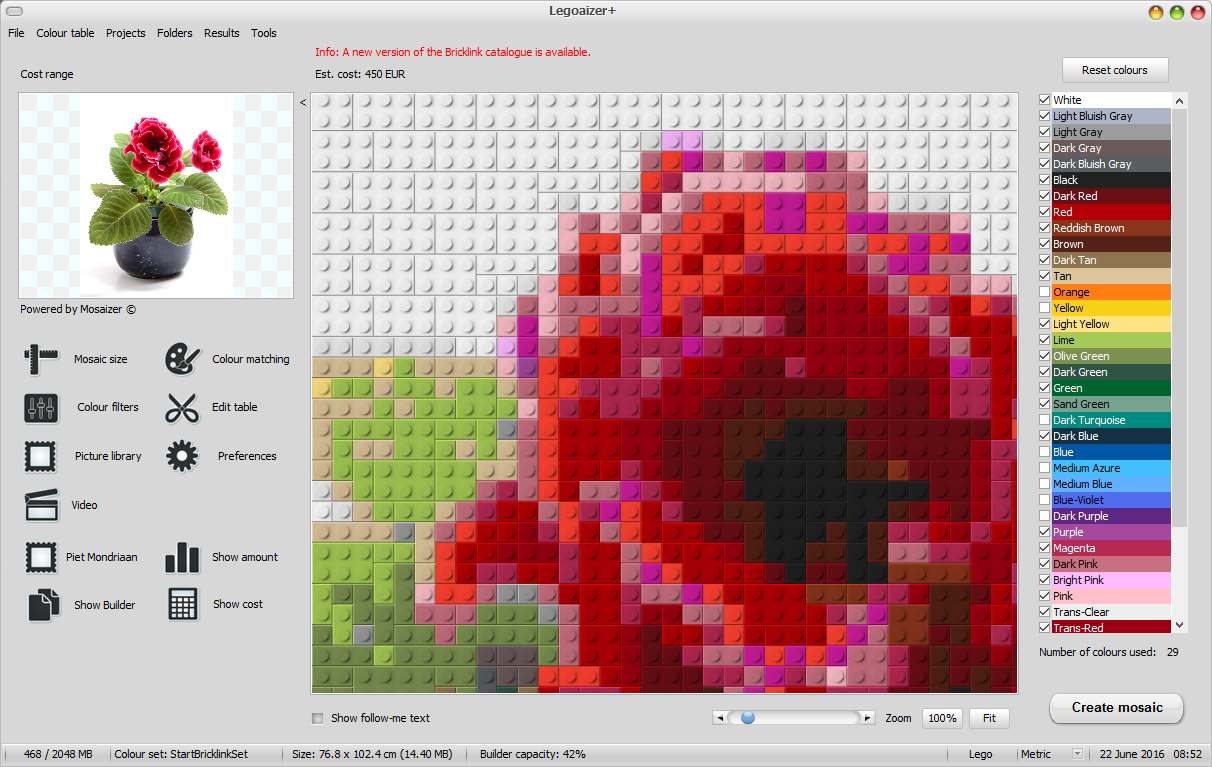 Legoaizer is a tool which turns digital images into LEGO brick mosaics. (These are much like any other mosaics, except if you zoom in you'll see the individual tiles have a LEGO-like design.)

The core of the program is very simple. Open a picture, click "Create Mosaic", and within a few seconds the LEGO-ized version appears. Spin your mouse wheel over the picture to zoom in and see the individual bricks, then save the image as a JPG, BMP or PNG file.

The results you'll see will vary, depending on the colours in the source image. If your mosaic doesn't look much like the picture, you're able to play around with colour and resolution settings to try and get a closer match.

In a surprising bonus feature, Legoaizer can also convert AVI videos into a LEGO version of themselves, essentially turning each frame into a mosaic. This can produce good results, with the right source video: something short and with very dramatic and significant movement (a large and familiar object moving right into the frame).

Please note, the program licence isn't exactly clear. The developer describes it as freeware in some places, but also says some features (we don't know which) will disappear after a grace period (we don't know how long that is), and to restore them will cost from 39 Euros. Don't let that put you off, because there are no marketing hassles with the program itself, just don't wait for long after installation to explore Legoaizer's features.

Legoaizer's interface is awkward and the program has some odd issues (it always prompted us to run it as an administrator, even when we did). But the basics aren't difficult to use and the mosaics can look good.

Design LEGO creations on your computer

Build your own virtual Lego models