Access your favourite tools from one user-friendly system menu 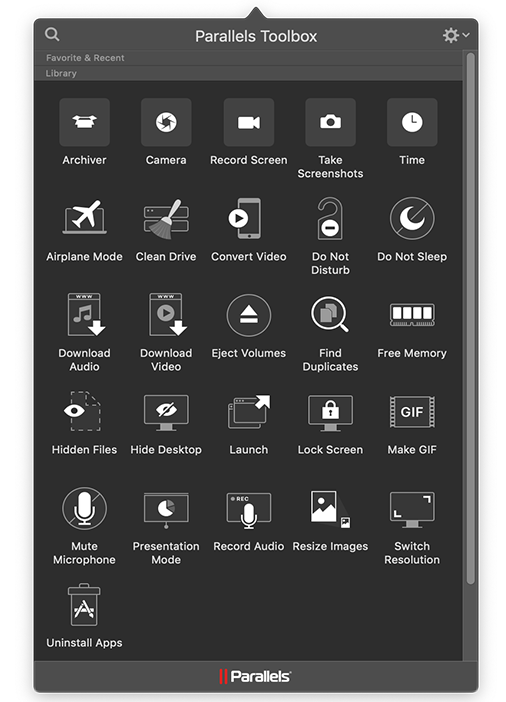 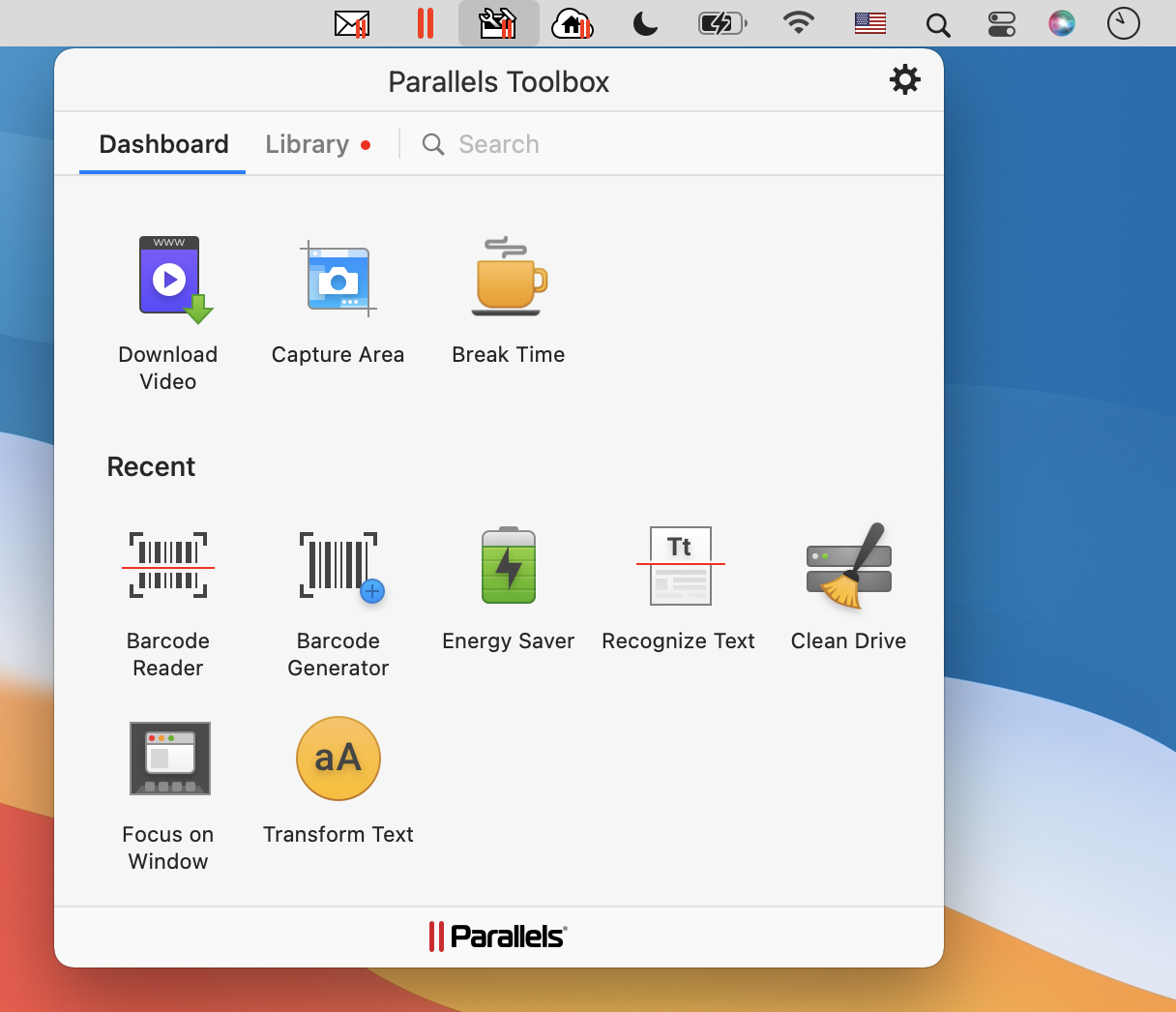 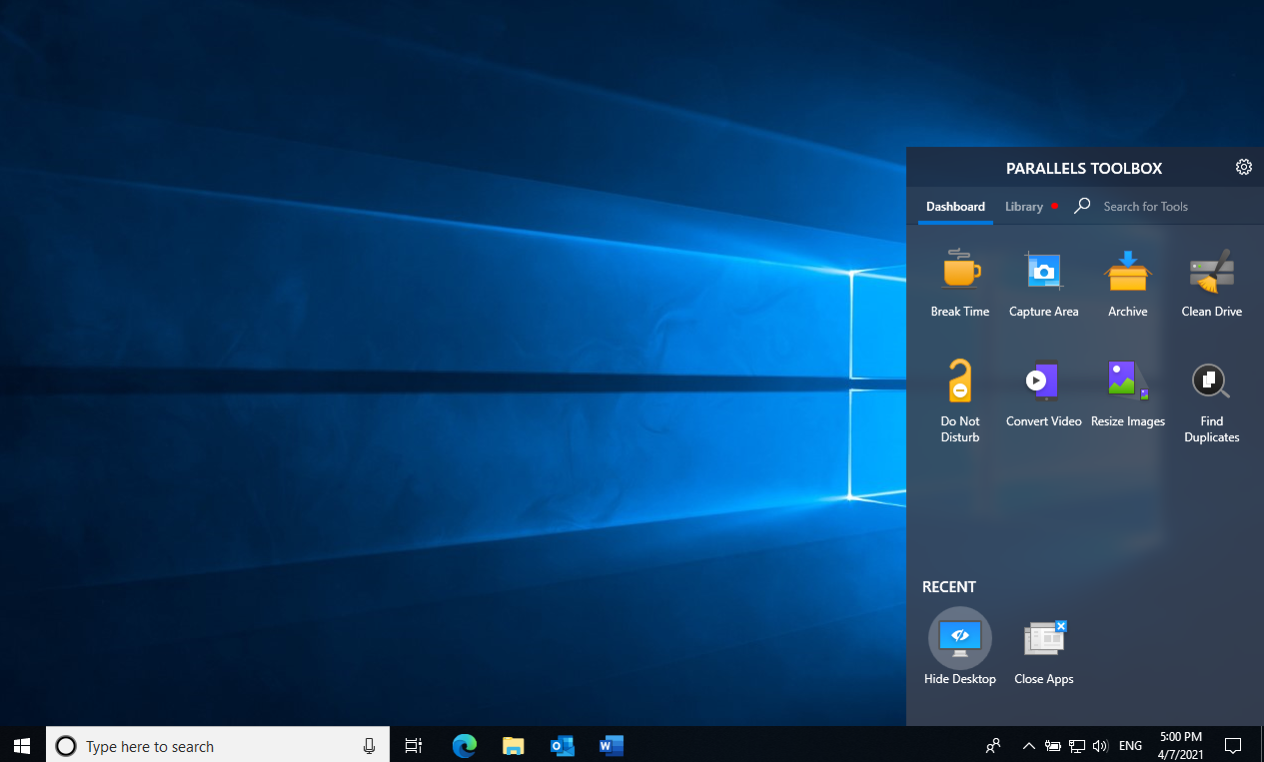 Improving productivity is so important. Having quick access to key workflow tools can help you get your work completed more swiftly.

When Parallels released their Toolbox with Parallels Desktop for Mac, we were relatively indifferent and very rarely used the supplied tools. Most of them appeared to be built into Mac OS directly and simply made them more accessible. For example, the new and hugely updated Screenshot tool supplied with Mojave makes it really easy to get the grab you want. There are archive management tools and the ability to manage your desktop, right in OS X.

However, Parallels Toolbox goes further. You get a timer function, an alarm clock, a tool to enable you to download a video streaming in your web browser and much more. All these tools are presented in your System Menu. Best of all, with the same yearly licence fee, you get similar tools under Windows, too. So you can take a grab, access and control your drives, eject volumes, record audio and more.

Parallels Toolbox v3 is here and it adds even further modules such as file duplicate finder, a batch image resize tool, a sleep timer for sending your computer to sleep after a given period of time and, specifically for the Mac, a quick app uninstall module, a world time tool so you can quickly see the times across the world, in addition to improvements to existing modules.

A Parallels Toolbox licence is a $19.99/year recurring subscription, per operating system, for either the Mac and Windows version of the toolbox. You can download 7-day trial versions to test from here before you commit to your purchase.

Parallels Toolbox has certainly improved and there's a number of new modules which make it worth considering a subscription. Although it's worth adding and noting that the Mac and Windows versions are both separate paid subscriptions.

- This version of Parallels Toolbox for Windows (5.5.1) includes bug fixes and stability enhancements.

Access your favourite tools from one user-friendly system menu