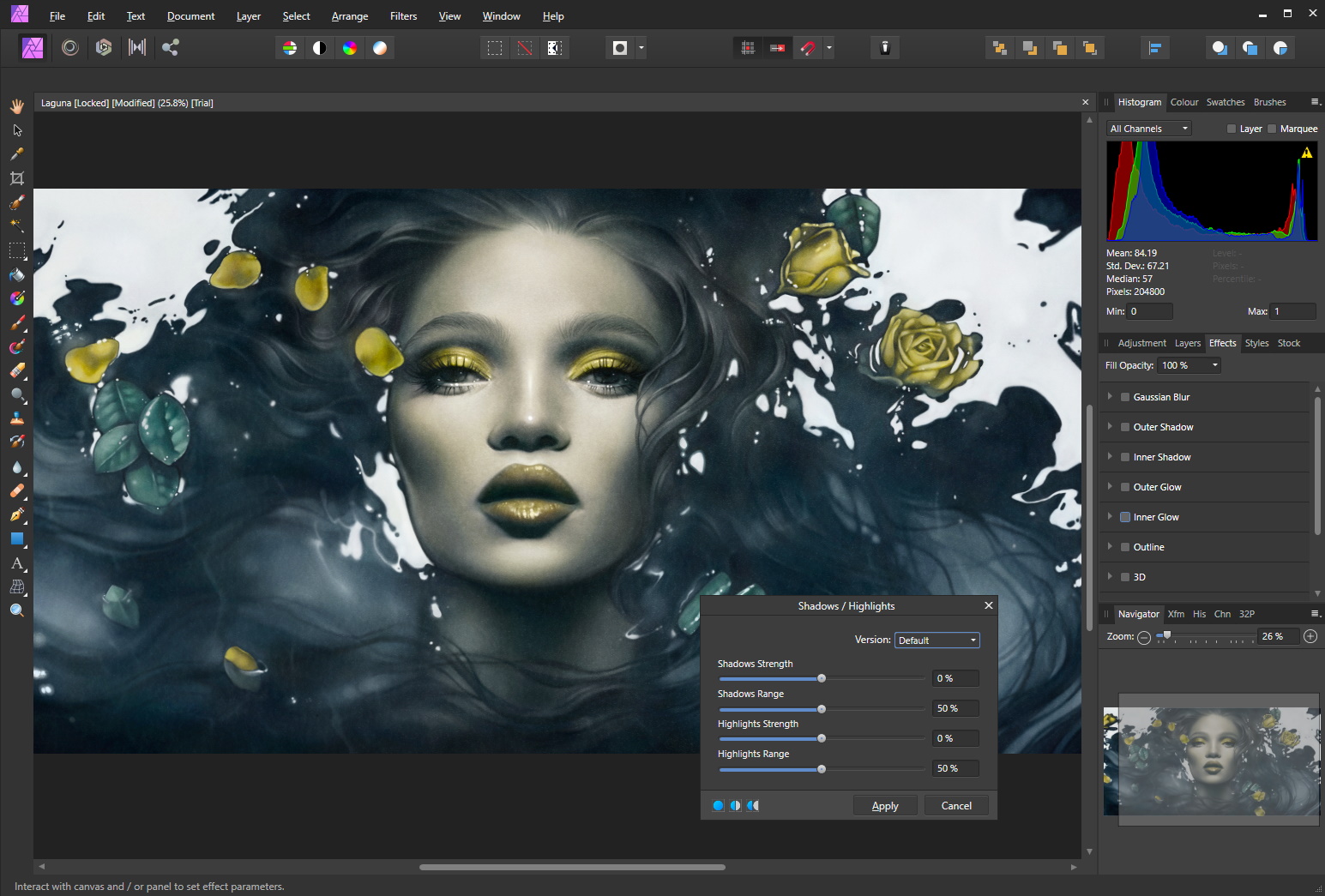 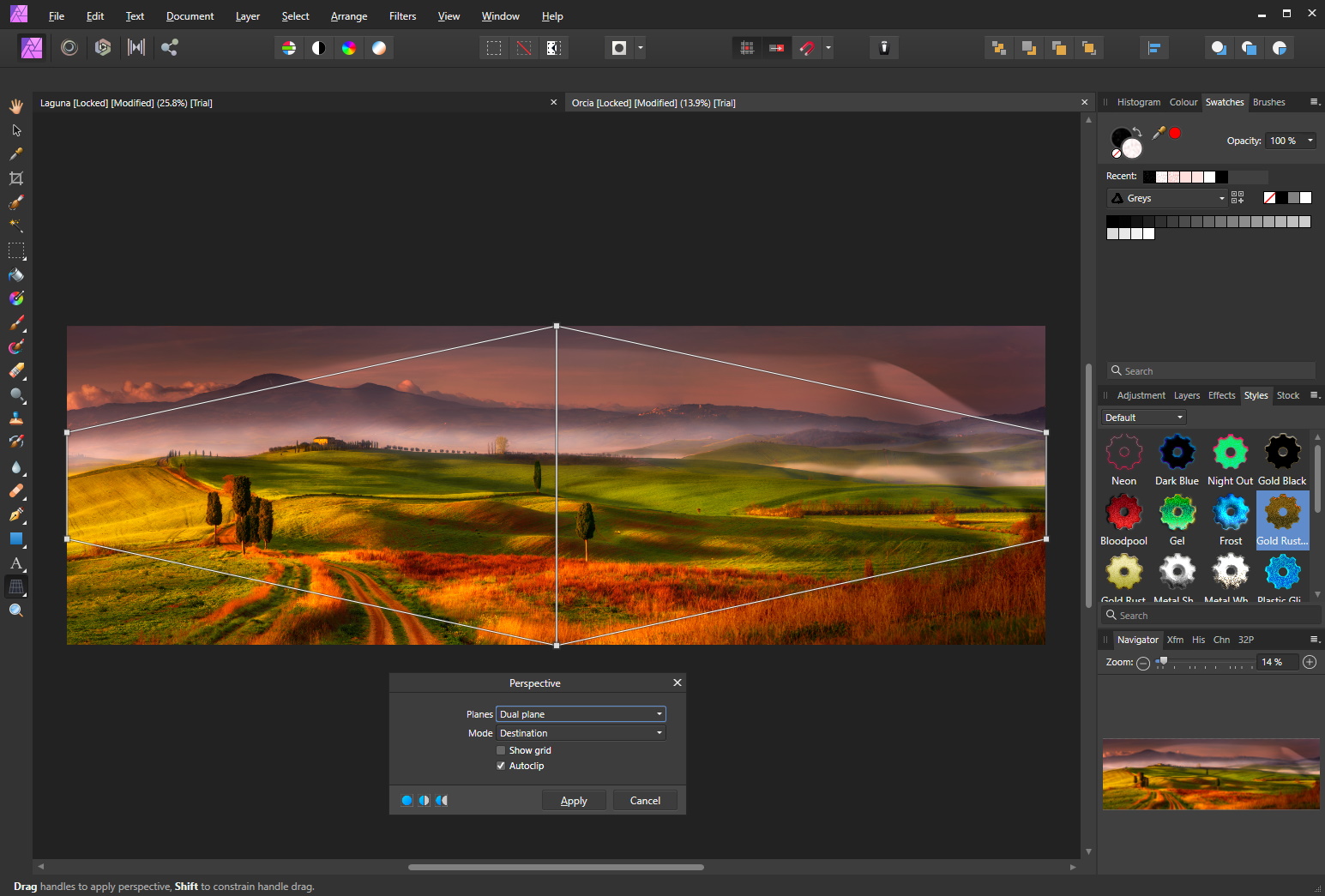 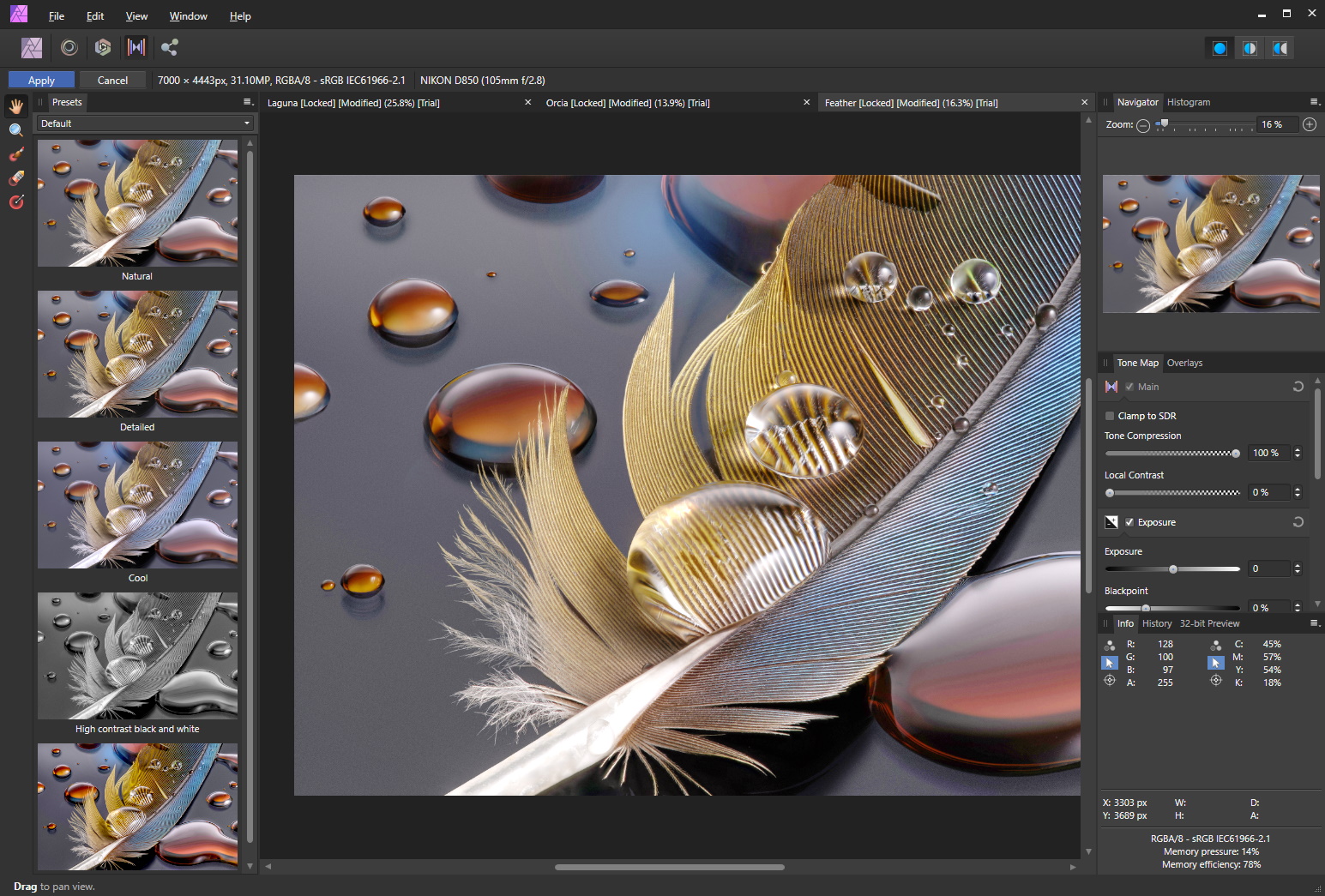 It is natural for any photo editing program to be compared with Photoshop; Adobe's stalwart is the benchmark by which other tools are measured. The vast majority of editors fall well short of Photoshop in any one of a number of areas, but with Affinity Photo, Serif seems to have been able to strike an amazing balance between offering professional-level editing tools and producing a piece of software that it not only approachable in terms of ease of use, but also in terms of price.

Not only is Affinity Photo a fraction of the cost of Photoshop, you need only make a one-time purchase of a license: there's no need to worry about an on-going subscription. But just what does the program have to offer?

From the very start, Affinity Photos makes it clear that it is a serious tool designed with professional photographers -- or anyone who demands a lot of their image editor. Support for RAW editing and the ability to work with Photoshop's PSD and PSB formats will be welcomed by many, as will the presence of non-destructive live filters.

There is, of course, support for layer, layer masks, adjustment masks, image stitching and CMYK/RGB editing. You'll also find dodge, burn, clone, patch and blemish removal tools as well as handy extras such as warp mesh, perspective correction and lens correction -- certainly not tools you would ordinarily expect to find at this price.

Affinity Photo boasts a huge number of filters and effects, but this can be extended further through the use of plugins, and there's support for the DxO Nik Collection 2.5 plug-in suite. The interface for the software is uncomplicated, but it would be fair to say that there is something of a learning curve that you'll have to endure. One slightly unusual quirk is Serif's use of "personas". These are different views and modes that are activated when you're performing different tasks such as editing HDR or processing RAW files.

The range of features and tools included really is far too extensive to go into in detail, but it's suffice to say that this is one of a very small number of photo editors that can genuinely make a claim to be a rival to Photoshop.

While not a direct competitor to Photoshop, Affinity Photos is an incredibly capable photo editor that comes at a price that just can't be argued with.

Strip metadata and revealing information from your digital photos