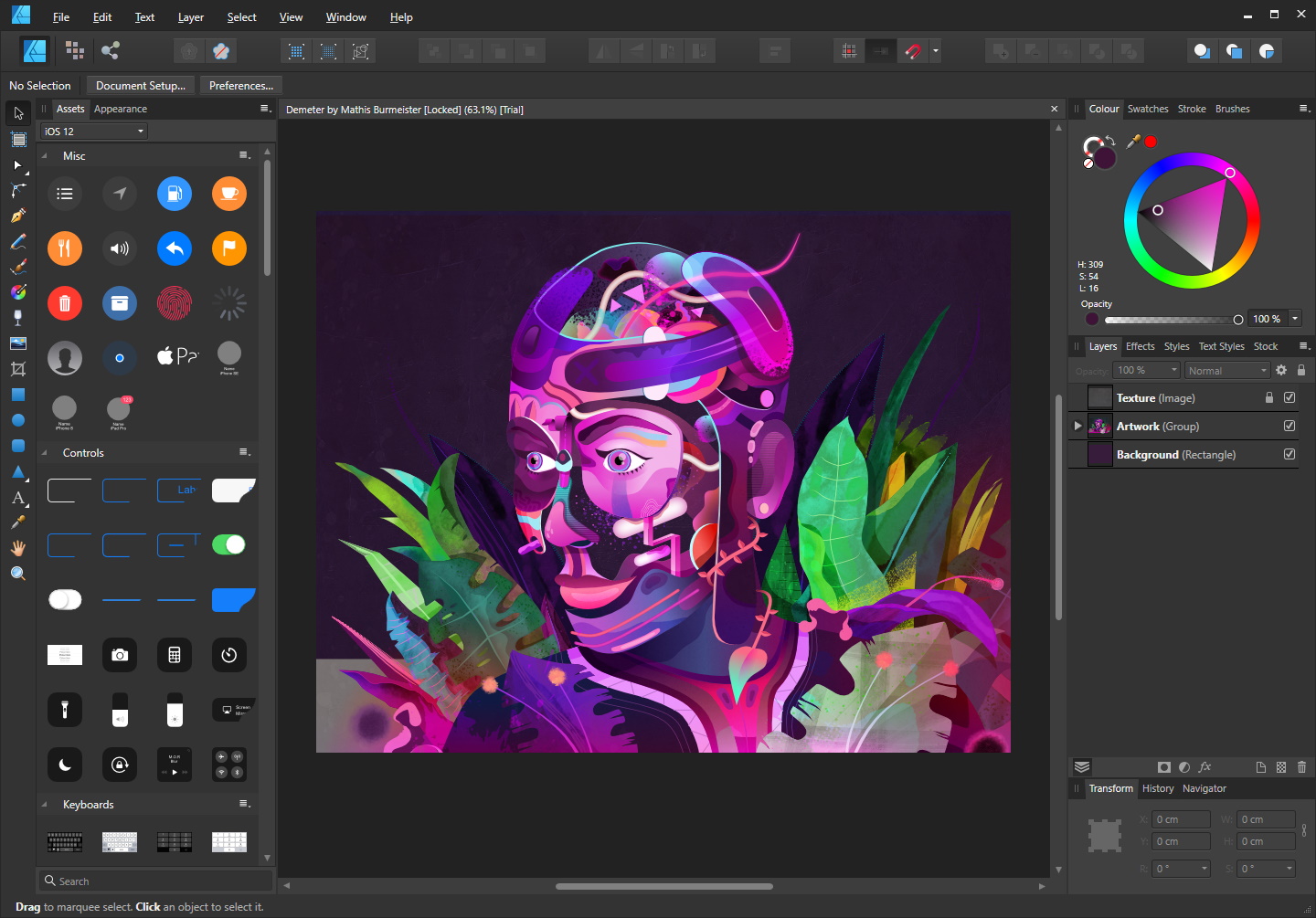 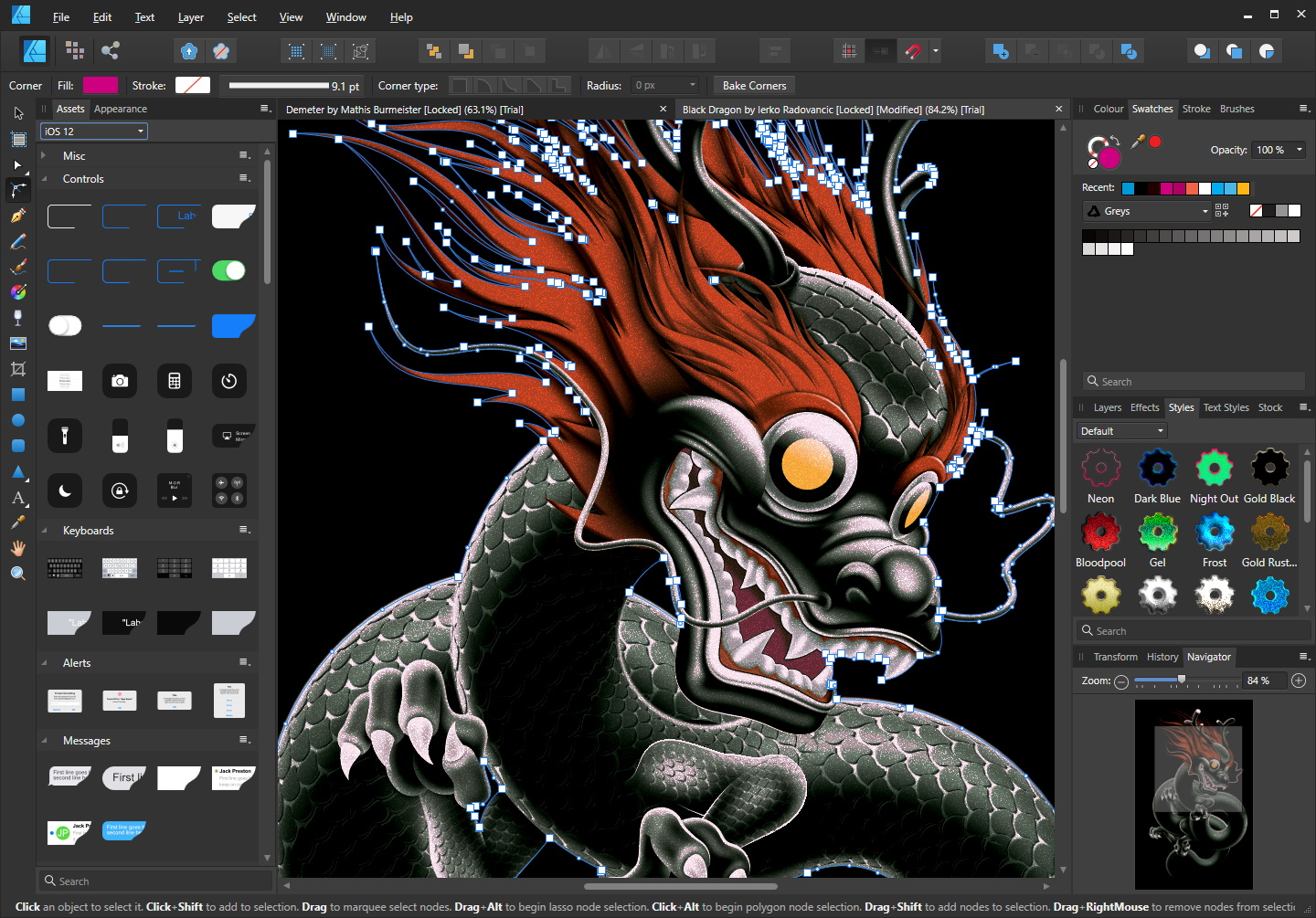 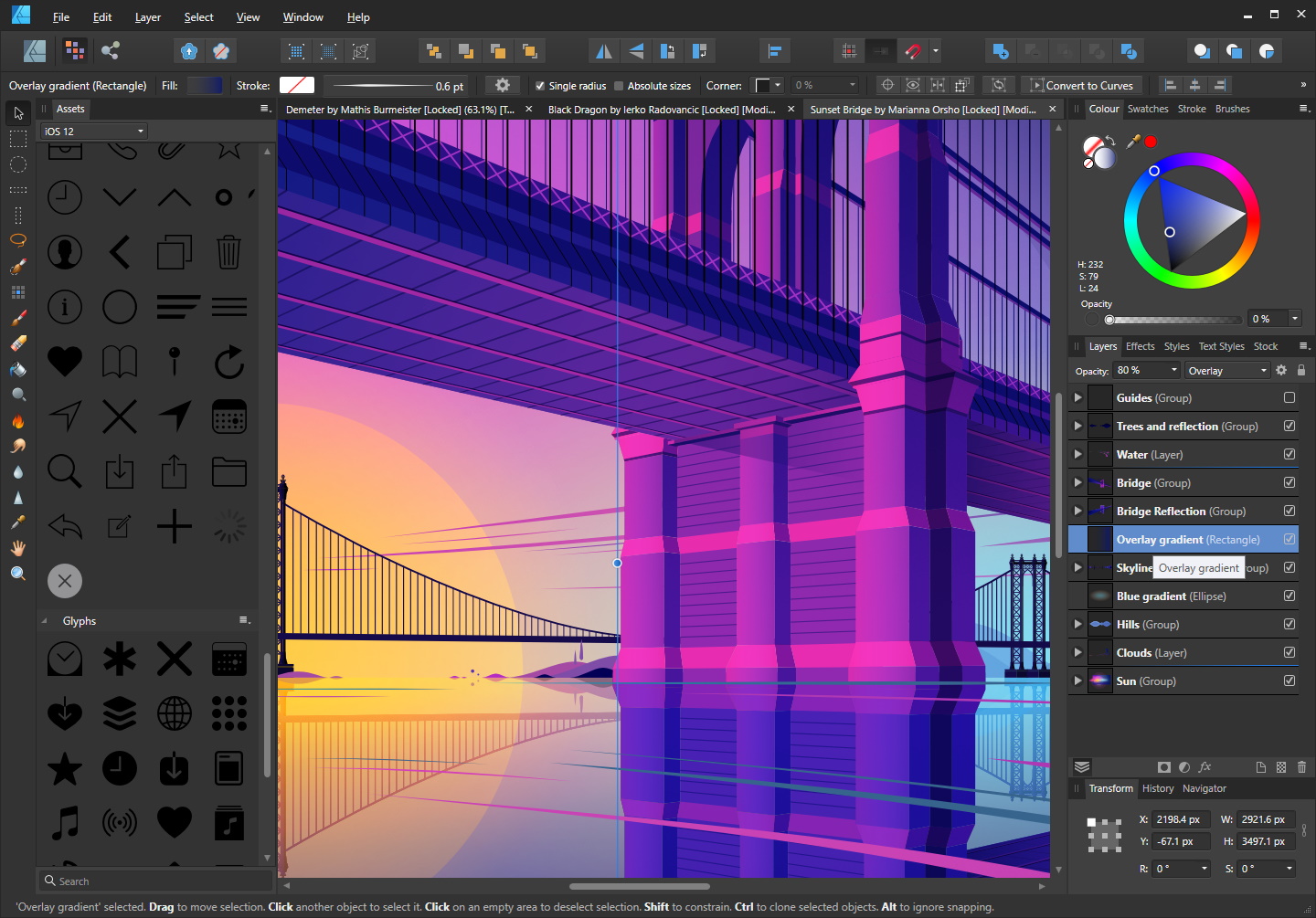 - Vector Warp. This hugely powerful and highly requested addition allows you to apply a non-destructive warp over any vector artwork or text. Choose between a fully customisable mesh, or use presets including arcs, perspective, fisheye and twists.
- Shape Builder Tool. Add and subtract shapes and segments in a much easier, more interactive way. Quickly create complex shapes by simply dragging between segments to combine or holding a modifier to subtract.
- Knife Tool. Slice any shape, curve or text into component parts faster than ever. A stabiliser provides even greater precision and scissor functionality allows you to click on any node or segment of a curve and split it.
- Measure Tool and Area Tool. Easily measure line lengths, segments, distances and areas of any objects to scale.
- DWG/DXF Import. Import and edit AutoCAD and DXF files quickly and accurately, maintaining the layer structure and scale of the original file.
- X-Ray View. A new view mode shows the makeup of your work, which is particularly useful for selecting a specific curve or object within a complex artwork.

Design UI mockups on your iPhone

Free and easy to use DTP package with impressive templates

Design the layout of your rooms in 3D on your computer