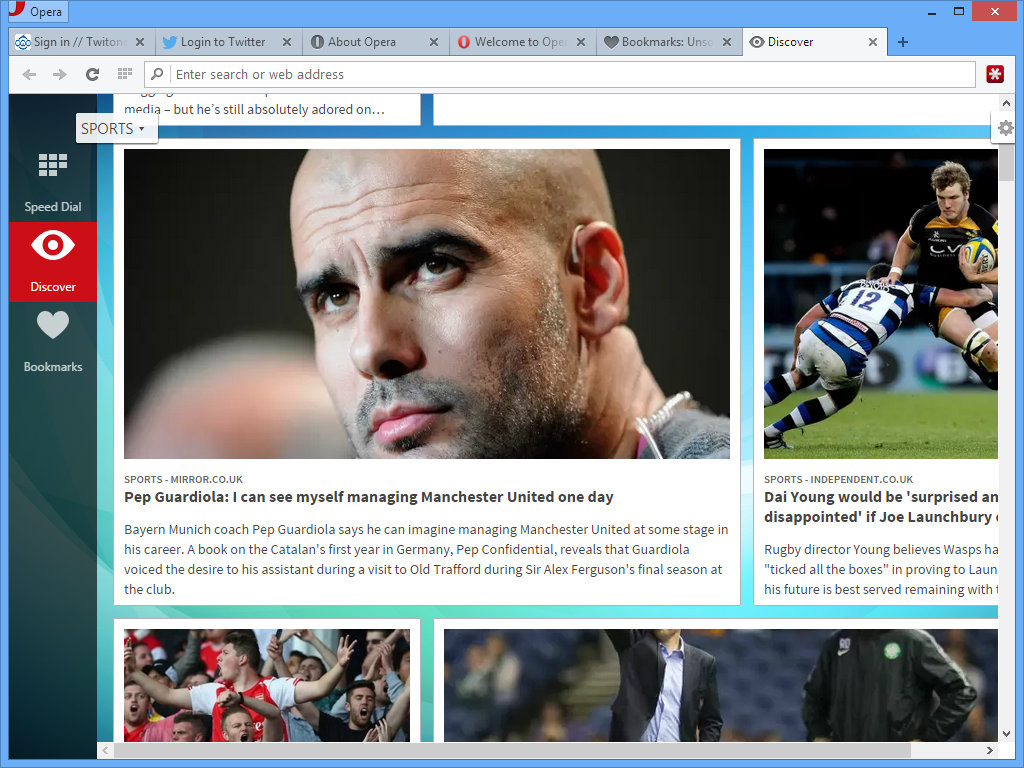 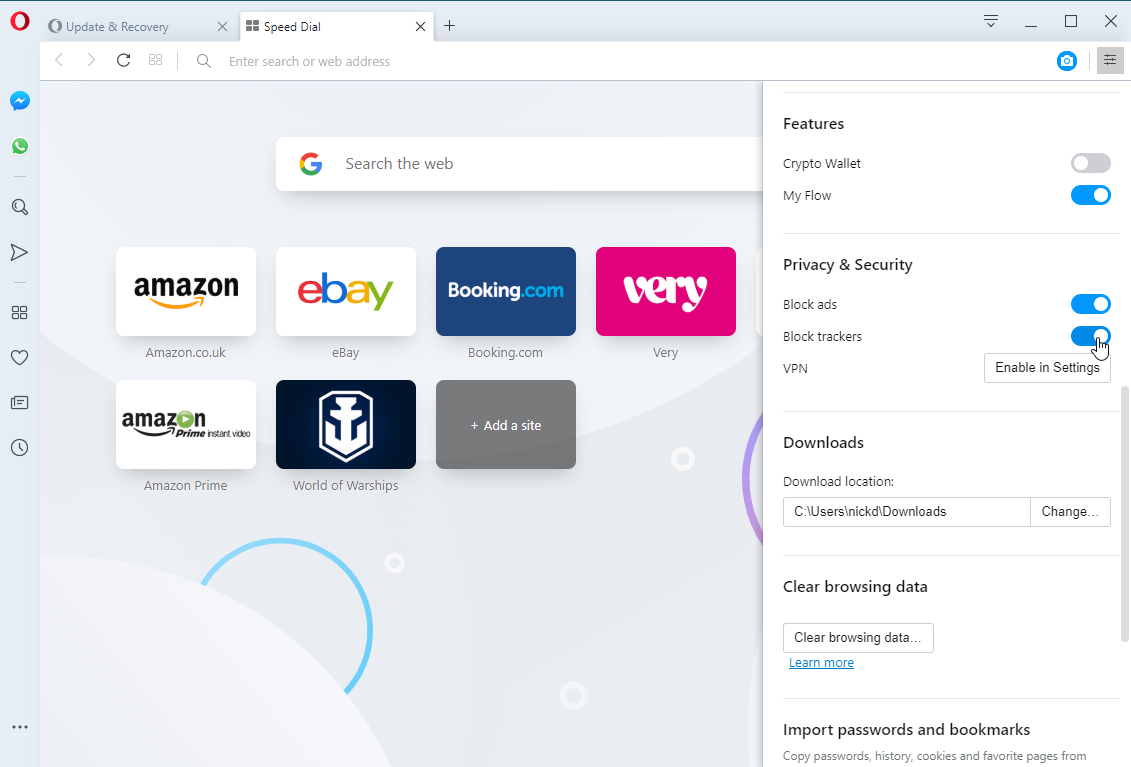 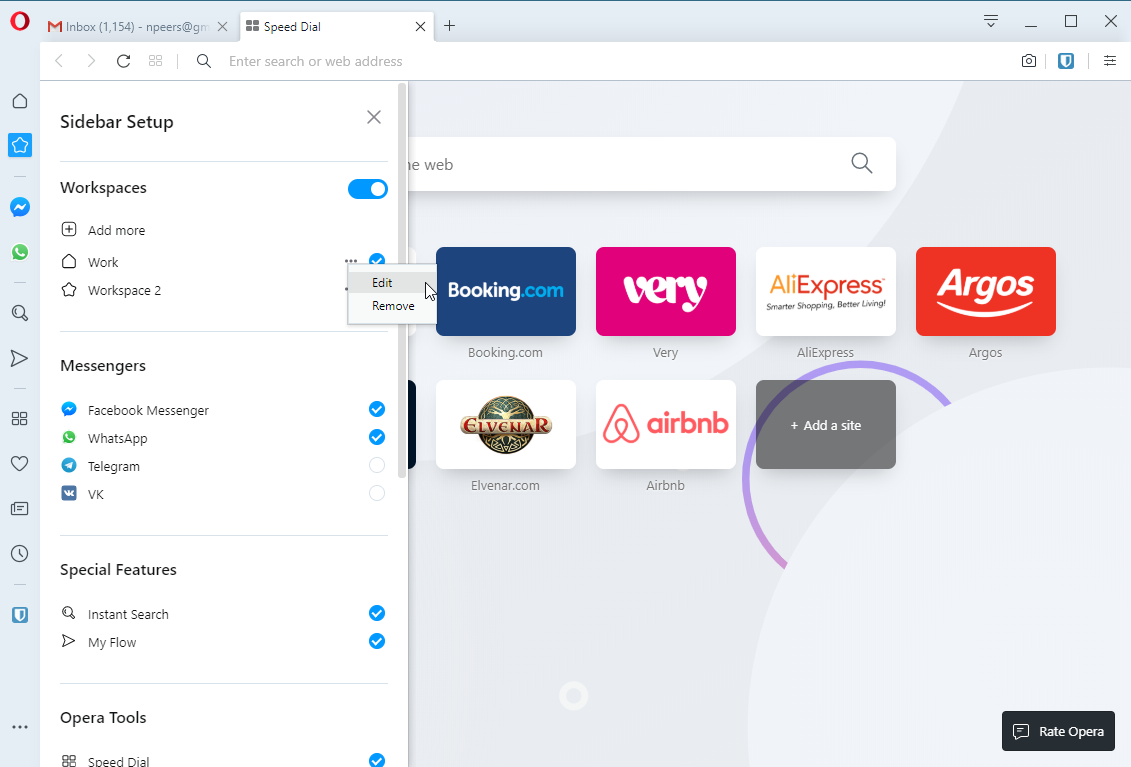 Other handy features include Opera Turbo – technology also found on its mobile browser that compresses data while you browse to speed up website loading. It’s designed primarily for slower networks but will work on any network you choose. Also look out for Tab Previews (simply roll your mouse over any tab for a pop-up preview of its contents, which are dynamically updated along with the page itself).

Opera is still a work in progress, but it’s come a long way in the 15 months since we reviewed the first release of this new reboot. It’s now starting to feel like a genuine alternative to the better-known browsers out there.