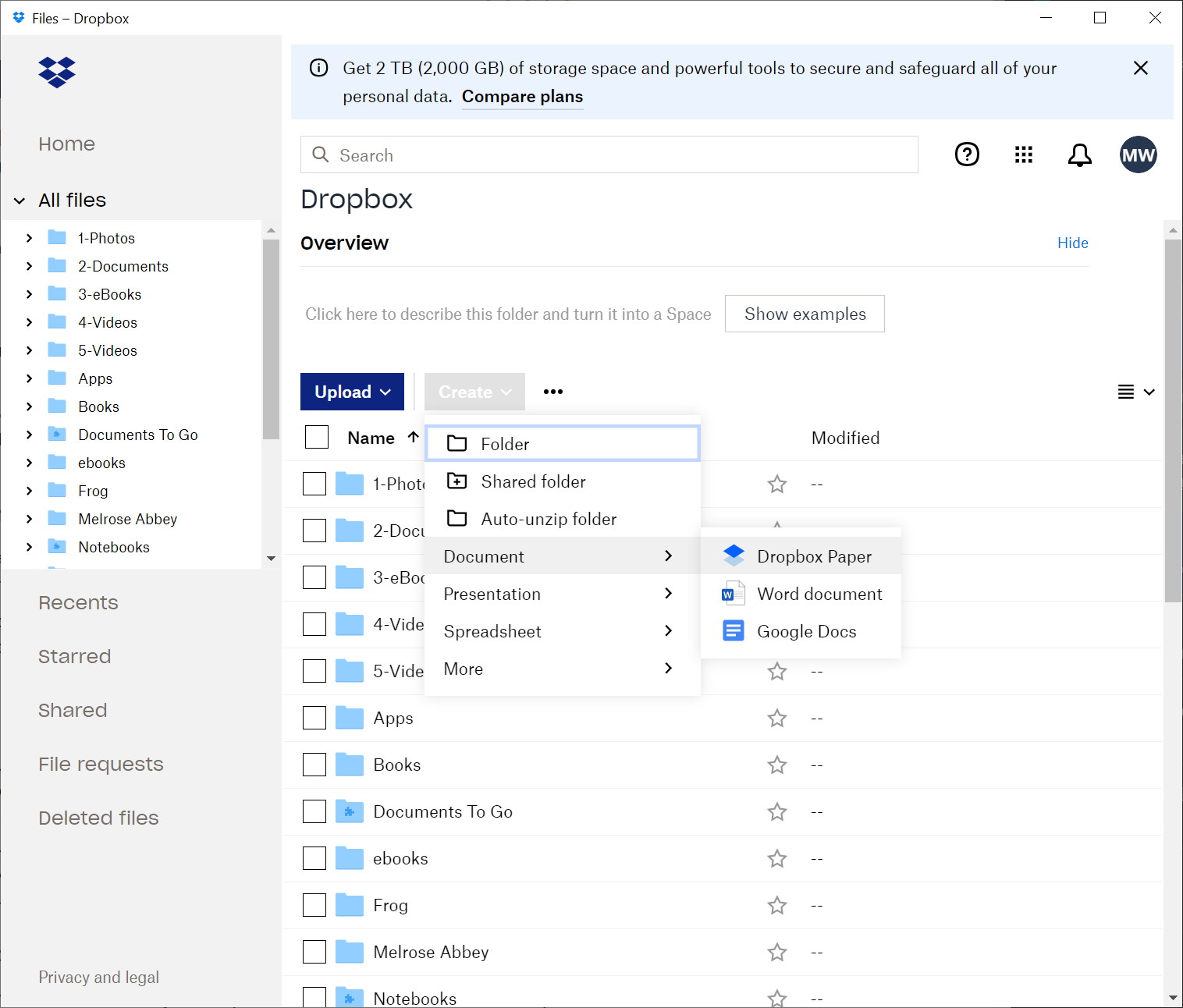 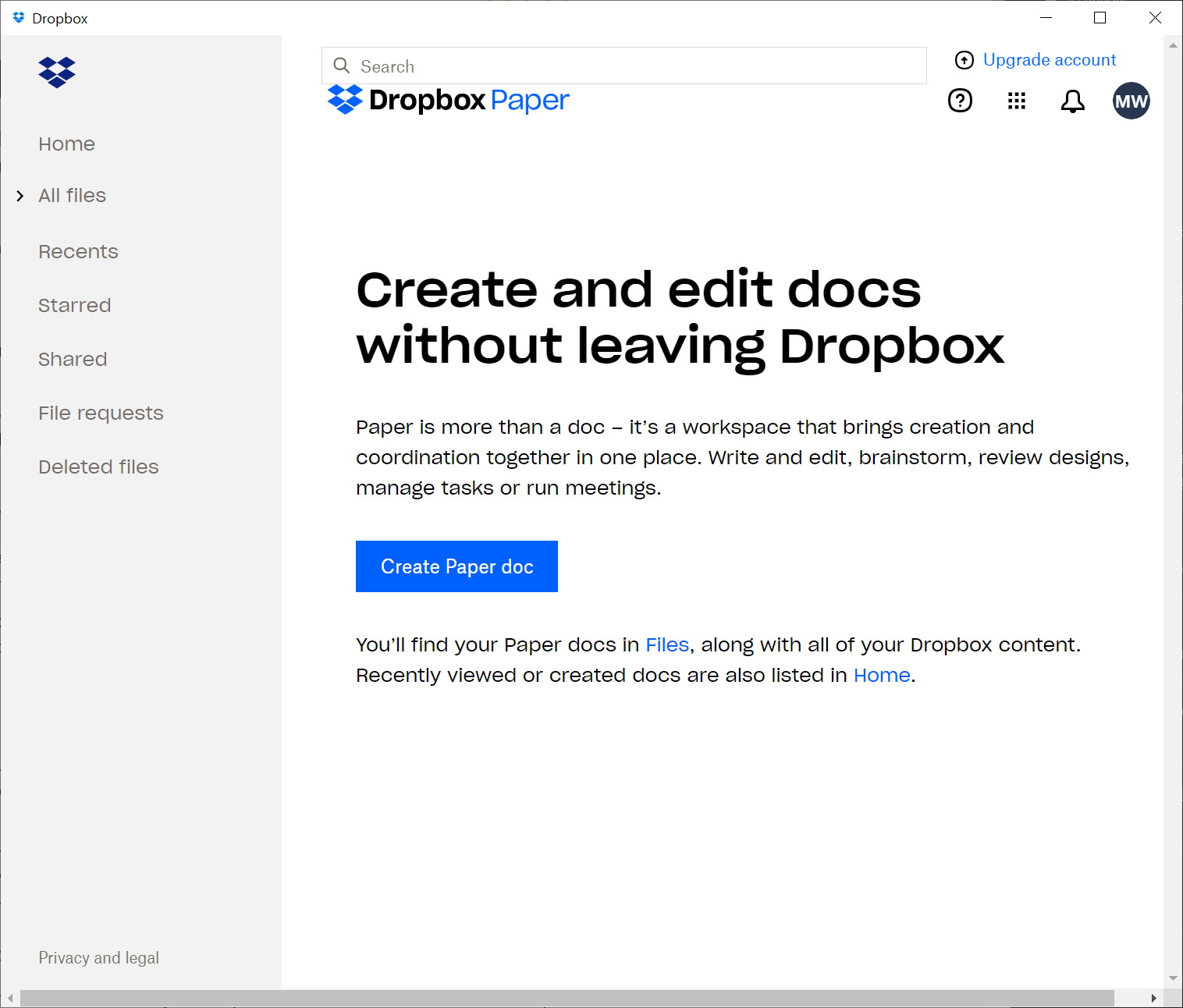 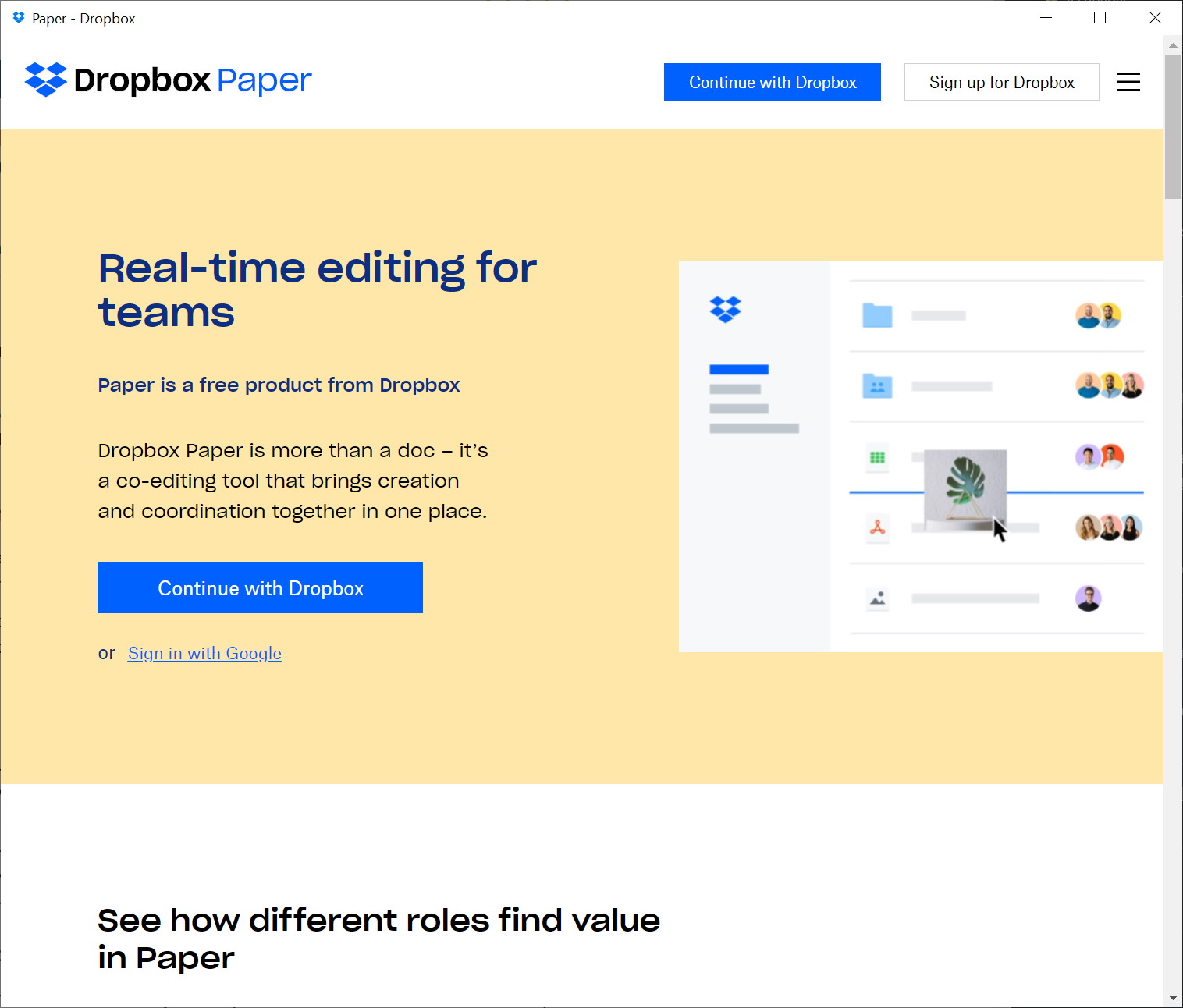 Online apps and services have rocketed in popularity in a way that few people predicted, and Dropbox is one of the biggest names out there. Much more than just a cloud storage service, Dropbox offers various tool including Paper, a Google Docs-style collaborative document editing platform.

Although ostensibly a web-based tool, users have been craving a desktop client for quite some time now. With Dropbox seemingly unwilling to come up with the goods for one reason or another, it has been left to third parties to do the hard work. The result is Papyrus.

This Paper desktop client makes it possible to access and use Dropbox Paper as if it were a normal desktop app rather than just online one. Sadly, all Papyrus is is an Electron wrapper for the Paper web app, and there are no additional features or options to enjoy or benefit from. But that's not really the point of Papyrus. It exists solely to fill a hole left by Dropbox itself.

Launch the app, sign into your Dropbox account and you're ready to go. With other apps open on your laptop or desktop computer, you can treat Papyrus like any other, cycling through them with keyboard shortcuts, launching from the desktop and never having ot go near a web browser unless you want to.

As Dropbox is a cloud-based service that can be used across many platforms, it's great to see that Papyrus is available for all three major desktop platforms – Windows, macOS and Linux. This is especially important for collaborative work, so we're pleased that the developers have gone to this effort.

While a pretty basic tool that adds nothing in the way of new features to Dropbox Paper, it is nonetheless incredibly useful. At the moment it is functional, but hopefully over time it will become even more polished. It's worth checking out right now, but this is certainly one to keep an eye on for the future.

Slack for iOS 20.05.10 unveils a radical new user interface – once it’s been switched on