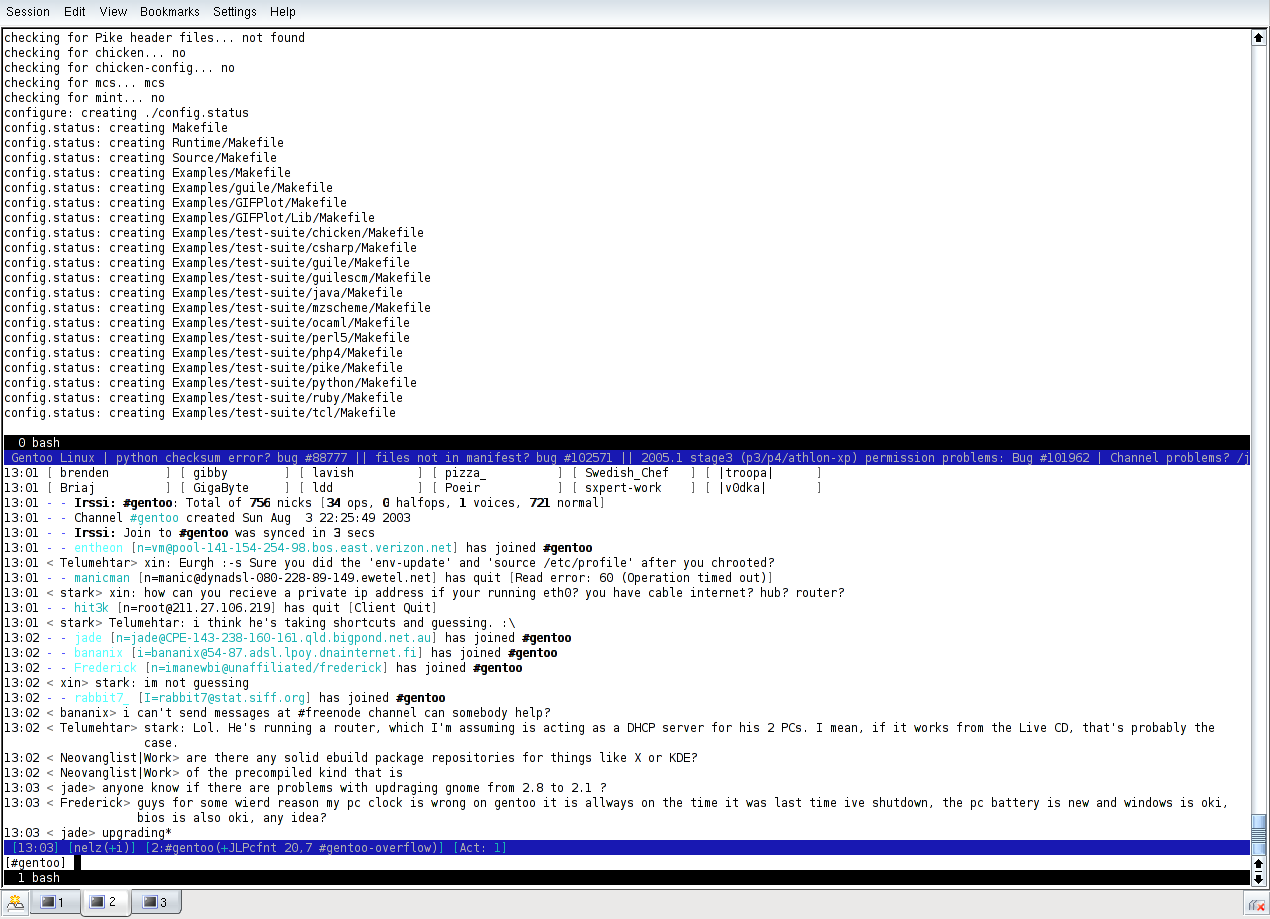 Linux has a reputation of being an OS for hard core geeks, because of its use of the command line. the truth of the matter is that while most tasks can be done through the GUI tools provided by current distros, sometimes is is just quicker and more efficient to open a terminal to do what you want. Many Linux users come to realise this and the GUI and command line live in harmony on their computers.

Once you have discovered the usefulness of the shell, the next step is to encounter Screen. There are only two types of terminal users, those who use Screen and those who have never tried it. this is because once tried, you'll wonder how you managed without it. So what is Screen and why is it so amazing. The program's web site describes Screen as "a full-screen window manager that multiplexes a physical terminal between several processes, typically interactive shells". In English, Screen can manage many terminal sessions i a single window. Even better, these sessions can be detached from the current terminal and reattached later, to the same terminal or a different one, without affecting any programs that are running in that terminal.

For example, you can log into your home machine from work, fire up screen, start a program and exit screen without waiting for the program to complete. When you get home, you can reattach that screen session to your own computer and carry on. This can be used for long running tasks like downloading large files or compiling software, or for programs that you just want to keep running, such as an IRC program running a channel bot. Other features include the ability to run more than one session in the same windows, flicking between them with the keyboard, or even to split the screen display to show more than one session at once, sessions that need not even be running on the same computer.

If you have discovered the usefulness of the command line, you'll be amazed at how much more Screen adds. It looks a lot to learn, but the basics only need you to learn about three commands and then you'll never turn back.

Screen raises the usefulness of the terminal to new levels.

KStars shows the night sky, now or in the future, with plenty of information on what's out there.

The original live DVD system, and still one of the best.