Extract the contents of a wide range of compressed files formats 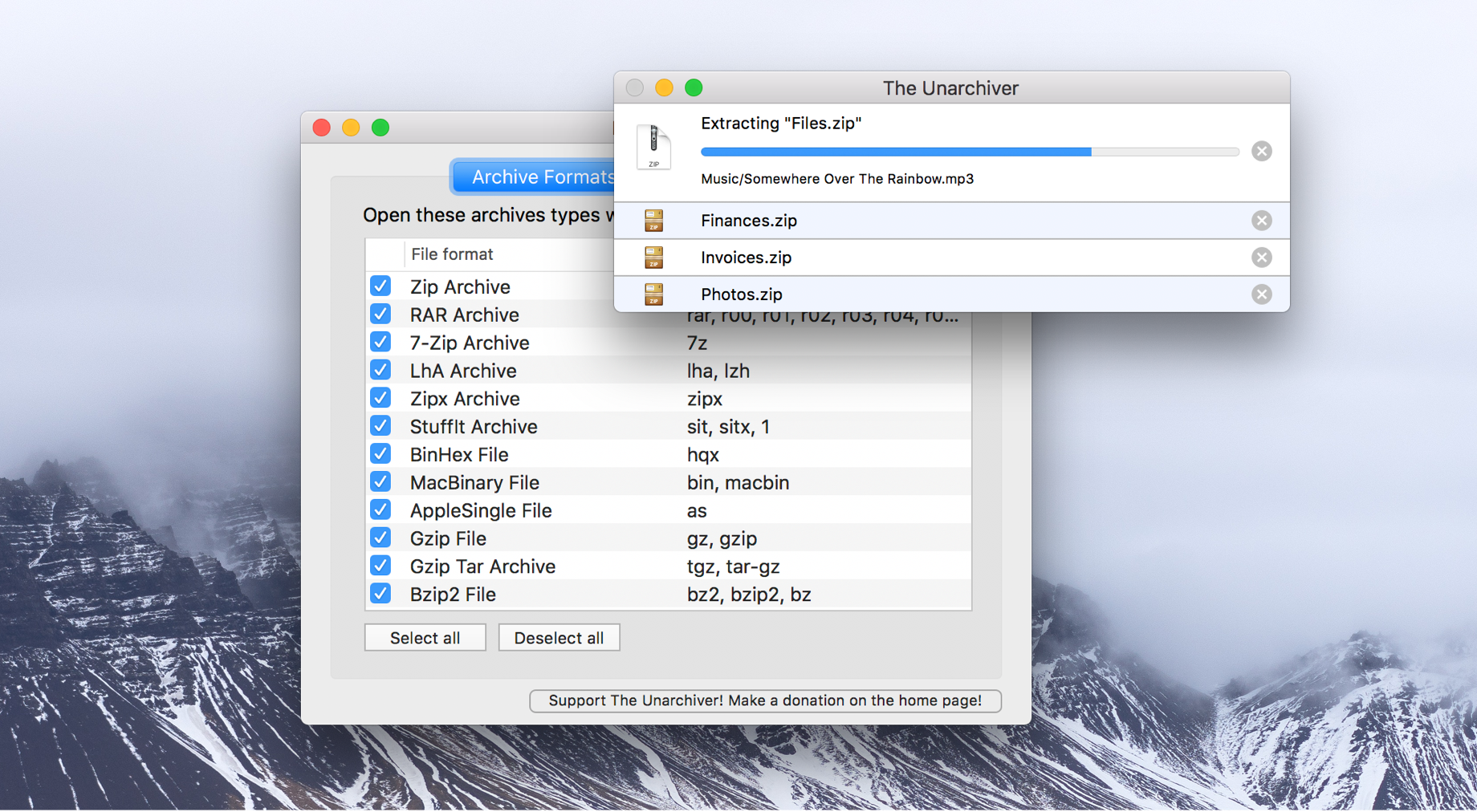 Although increased internet connection speeds mean that web users have to worry far less about the size of the files they download, a large proportion of files are delivered in one compressed format or another. There are a number of different formats to choose from including ZIP and RAR, but many others also exist.

OS X includes built in support for the decompression of a number of popular archive formats, but The Unarchiver extends the supported number of file types much further and adds a number of useful options that make the process of decompressing much easier.

The Unarchiver is able to automatically join together split archive - such as those with .001, .002, .003 extensions - and the number of support formats is staggering. All of the popular formats are supported as well as older and more obscure file types.

Once you have installed the application, all that is left to do is to indicate which files types it should be allowed to handle. The Unarchiver is likely to quickly turn out to be one of those tools you use on an almost daily basis.

- New icon is here.
- UI was given a makeover: we leveled every string of text and measured every indent.
- Localizations were meticulously checked, fixed and then checked again. BTW, did you find an error? Tell our support and we'll fix it right away.
- Speed was improved. You can now get the contents of the archive you’ve just downloaded much much faster.

A virtually flawless way to extract the contents of a huge number of different compressed file formats.

Extract files from over 500 compressed formats

A powerful archiver with cloud integration

A free files compression tool that includes a host of extras

The world’s most efficient PNG file?