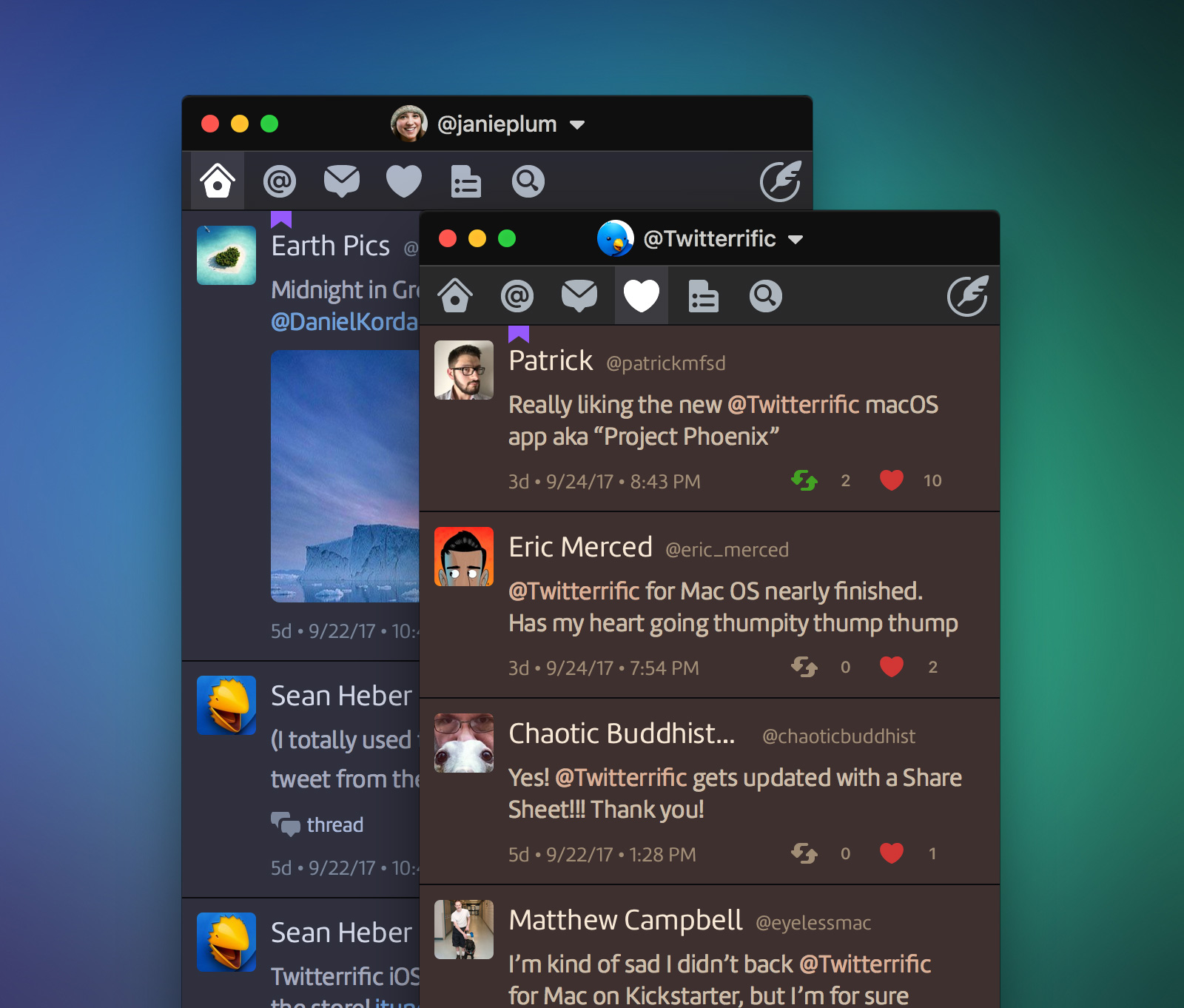 There are so many apps for accessing Twitter from your Mac, but if you've used the official app, you'll soon realise it might be worth committing to a commercial tool if you want to improve productivity. The official Twitter app is slow, a resource hog and has huge delays with direct messages.

Twitterrific is a Mac-only application which has been around for ages but only recently had a huge update. It used to be our goto tool for Twitter and it's back available but as a commercial tool.

The first thing you might notice: no ads. Although we're not convinced this will please Twitter, Twitterrific will remove all adverts and promotional messages from your timeline. Another highlight is the multi-window approach to Twitter, enabling you to open a specific window for each account, so if you have more than one Twitter account, you can follow each without having to switch accounts.

Twitterrific offers you both a regular light and Night Mode, which is a dark theme which works very effectively. You can sync your position within your Twitter timeline using iCloud, which is handy if you want to pick up where you left off on your laptop, after work.

Where Twitterrific excels is its support for notifications, which can be controlled in the Notification Center. It also adds support for Apple's VoiceOver,

Sadly, despite being a commercial product, there are some key things missing. For example, you can't add images to direct messages. You can't start a tweet and save it to drafts to edit later. You can't edit your geolocation and more. All these are on the to do list.

Twitterrific is promising, but hindered by the price and some important 'to do' features which are yet to be included.