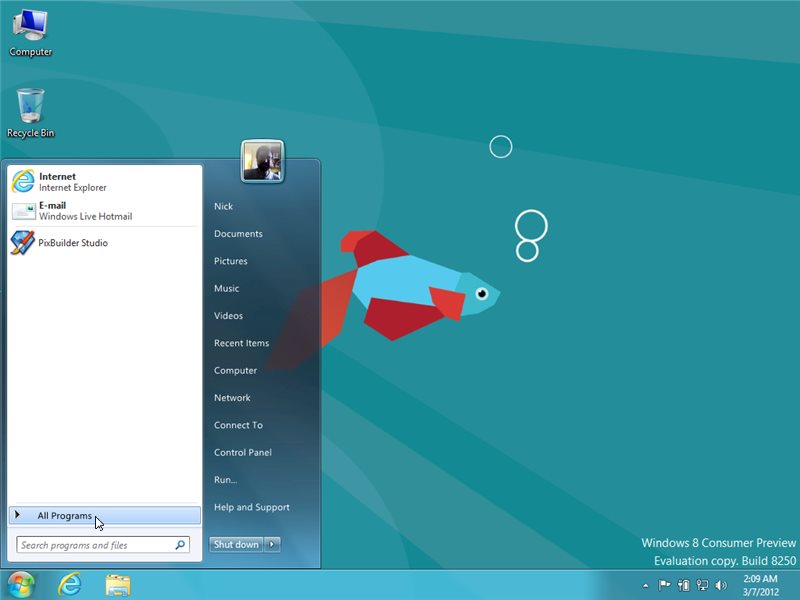 If you want an example of how programs can evolve and adapt to new environments, take a look at ViStart 7.0. It was originally released to provide XP users with a little of the magic of Vista’s Start menu, but after a recent revamp is back with loftier ambitions.

Here’s the rub: Microsoft has dumped the Start button from the Windows 8 desktop, and that might be a deal breaker for some. In fact, it’s dumped the Start menu altogether – now pressing [Windows] or clicking the mouse at the bottom left of the screen brings up Windows 8’s new Metro interface.

And this is where ViStart 7.0 now comes in: it now emulates the Windows 7 Start menu, and still works in XP upwards, but it’s been tweaked to work in Windows 8 too. Once installed, the familiar Start button resumes its rightful place on the desktop and you’re ready to roll.

It also takes back the [Windows] keyboard shortcut, but you can still get back to Metro by placing the cursor right in the bottom left-hand corner of the screen.

If we’re honest, the results aren’t quite as good as they could be. Windows 7 users thinking it’ll give their Start menu an upgrade will find it too limiting in the long run: there’s no drag and drop support, nor can you pin items permanently to the Start menu. But XP users looking to emulate the Windows 7 look, or Windows 8 users facing the alternative of having no Start menu at all, will learn to live with its foibles.

Two shortcuts are pinned to the Start menu by default: your browser and email client. These can be changed via the program’s Notification area icon, where selecting Options let you change these and other settings, including a feature called “Auto-click”, which basically automatically opens the All Programs menu and its sub-folders simply by hovering the mouse over it for a few seconds.

Another thing in ViStart’s favour is the fact it can be quickly and simply disabled from its Taskbar Notification area icon: select Options to stop it loading with Windows, and then simply quit from the icon to restore the status quo. There's no re-engineering going on here.

You can also download new skins and buttons should you wish to give the Start menu a makeover – these are hosted at Lee-Soft’s website.

Worth installing if the absence of the Start menu in Windows 8 is too much to bear, or you want to get the Windows 7 look in XP.