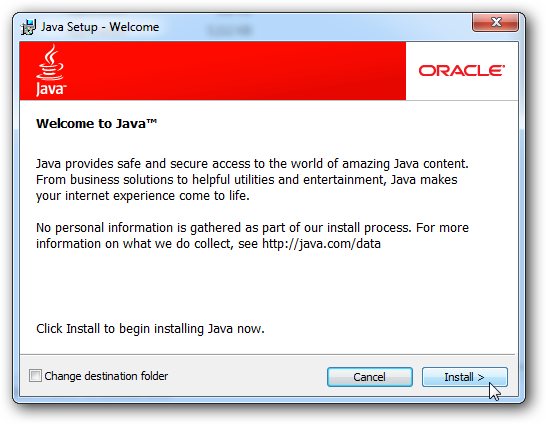 Java is so ubiquitous it’s almost an essential part of computing life. Over three billion devices use it, including – of course – computers. A very long time ago, it was even installed as part of Windows, but some legal shenanigans later, and now only Apple users have it installed alongside the operating system. Windows and Linux users will need to install it separately.

What makes Java so popular? Its cross-platform for starters, so if you code an application in Java, it’ll run on any computer – Windows, Mac or Linux – that has Java installed. It’s also extensively used on various websites, so all-in-all it’s worth installing even as an insurance policy.

You might be surprised to discover which applications require Java – often, they’ll automatically bundle and install it automatically during the setup process, but sometimes it doesn’t quite go to plan, and all you’ll be told is that you need Java.

Should you ever find yourself confronted by this message, you’ll need this, the Java Runtime Environment (JRE), which consists of everything you need to run Java through your web browser and – through the bundled Java Virtual Machine – applications on your computer.

Just click the link above for your platform to download the very latest build on your computer, and you should find the previously misbehaving application works properly again.

Once installed, Java will run unobtrusively in the background, only popping up when an update is released – at most other times it’s invisible, even when being used.

Note this is the 64-bit version of Java. Unless you exclusively use 64-bit browsers, you should also install the 32-bit version.

The Java SE 8 downloads require you to agree to the license agreement before downloading. We point you to the download page on the Oracle website, for legal reasons.

Essential plug-in for specific applications and websites, but may already be installed on your computer - check before downloading.

NOT needed for normal computer use.
02 February 2013 15:08, Ed
Despite what others think, Java is NOT needed for the normal everyday home users computer. I have not ran Java on any of my home computers in over five years now and have yet to see a need for it. Especially with the problems with Java as of late, you could not get me to touch this with a ten foot pole.
Related Downloads Other Downloads From This Category

Mind mapping software for organising projects and data or for brainstorming

Extract a file from a remote archive - without having to download the archive, first

Cleanly remove Java from your PC with JavaRA